Residents question if storm was tornado, NWS says ‘no’ 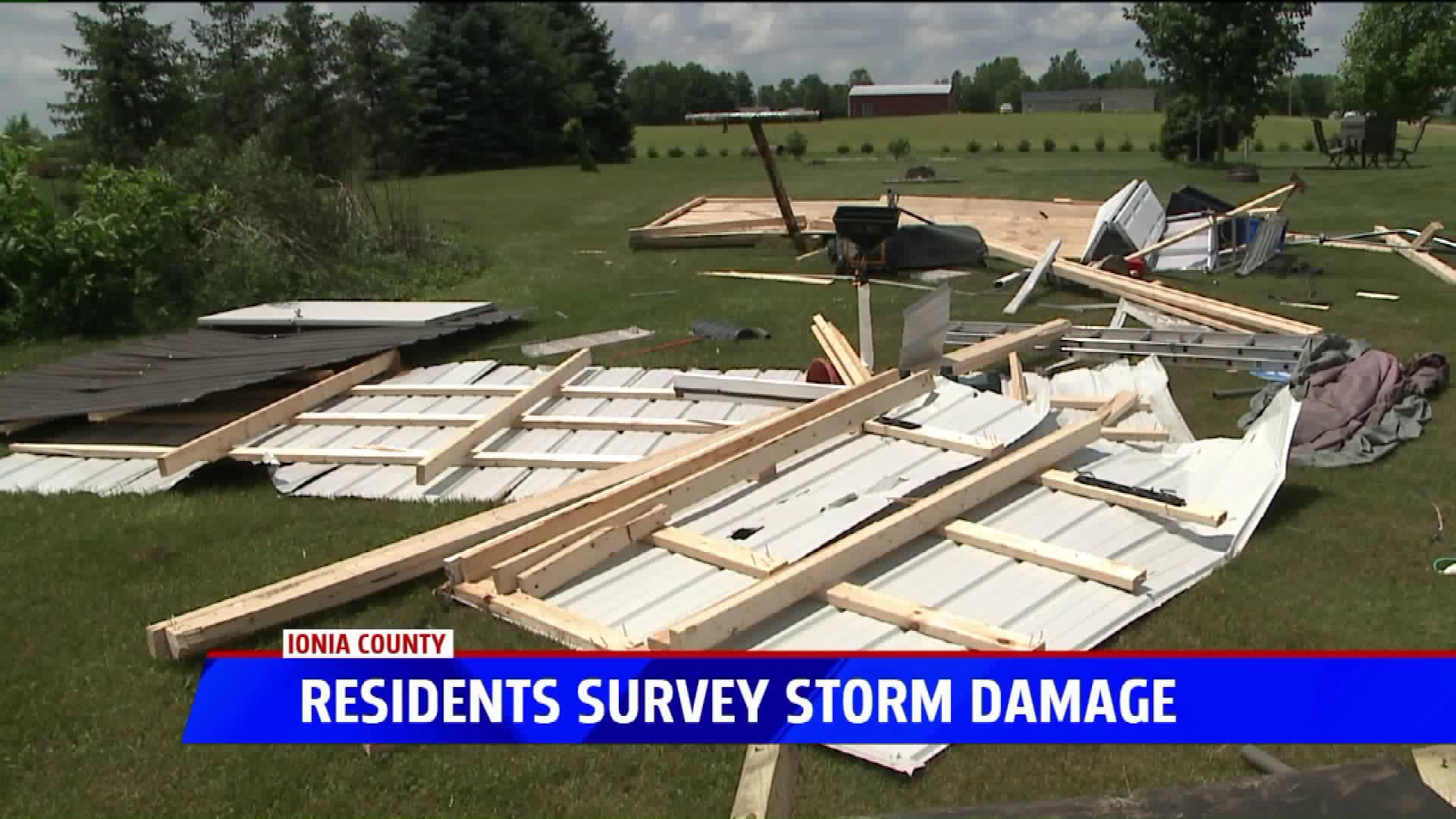 IONIA, Mich. — Strong winds caused damage in parts of Ionia County and has left some residents believing it was a tornado. However, the National Weather Service said it doesn't look that way.

In response to the damage in her yard, Shirley Reeder said, "I'm lucky. I'm very lucky."

Reeder, who's lived in rural Ionia for 55 years, said Tuesday's storm spared her home. She said she came outside to find her neighbor's shed obliterated by the wind. The shed's roof traveled into Reeder's yard and damaged the handicap accessible ramp she depends on.

Reeder recalled, "I thought, 'Oh my goodness. How am I going to get down?'"

She said she didn't realize a storm went through until her daughter called to check on her.

"My neighbor out back there, he said it was a tornado," she said.

Dakota Lankford lives down the road.

Before making a mad dash into the house, Lankford recalls his camper shaking and the wind carrying his family's trampoline across the yard, breaking it. His mom said she saw a funnel cloud and believes a tornado touched down.

"I think it was too," Lankford said.

Whatever it was, winds or even a possible tornado, Reeder's looking on the bright side.

Reeder said, "It could have been worse."

The National Weather Service said in looking at the radar and the damage left behind, they do not believe there was a tornado. As a result, no storm surveys took place today. However, they encourage anyone with pictures or video of a potential tornado to send them to their way.