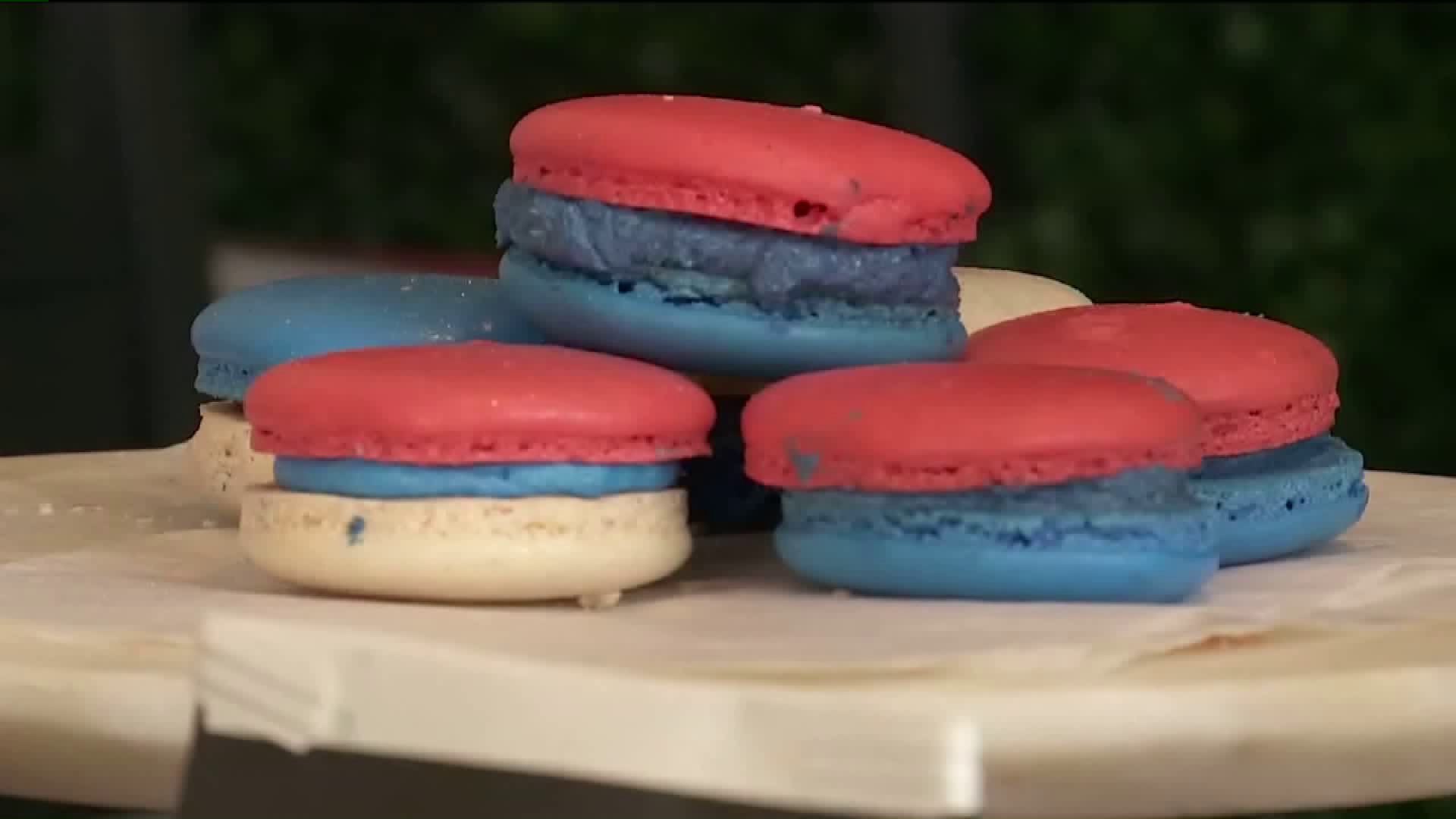 15-year-old running is own bakery in Battle Creek

He sells them at his bakery JJ Sweet Treats and he's only 15 years old.

“Sometimes they don’t believe that I actually do it,” Jordan said about the customers who walk through his door. “Some people come in and doubt that I’m doing all of this because it’s not the norm.”

However for him, it is. Jordan said he bakes all the treats, arranges them on a countertop, rings customers up at the cash register and keeps track of inventory and revenue.

“To get the chance to open up everyday and to get to sell my stuff, it feels good especially when people like the product that I’m giving them,” Jordan said during an interview with FOX 17. “Macarons have been something that have become really popular.”

Jordan said his macarons, which were strawberry- and blueberry-flavored for the Fourth of July, are on high demand. They are his favorite treats to bake and he recently traveled to Canada with his mom Christrina to learn how to make them even better than he has before.

“I’m just happy that Jordan has found the path that he wants to go on early on in life,” Christrina said.  “That make me excited.”

Jordan said he’s been baking since he was 7 years old. He’d always be in the kitchen at home baking something and asking his parents business-minded questions.

“Even when he was little he’d ask me if I thought McDonald’s made a profit and I’m like ‘I guess, yeah.’” Christrina remembered. “He’s always been in that kind of mindset.”

Jordan is about to be a sophomore at Lake View High School. He said he’s learning more being an entrepreneur than he is in the classroom.

“I’m very proud of him and all the efforts that he’s put into you know doing this,” Lonnie said. “I might’ve been a little bit hard on him at times but he weathered the storm. And he’s a strong and smart young man.”

JJ’s Sweet Treats is currently operating out of the B.C. Cargo Pop Up market on Hamblin Avenue and McCamly Street, Tuesdays through Saturdays. However it’s only until October.

Jordan said he hopes to open his own shop in downtown Battle Creek one day. But right now he’s content with learning as he grows.