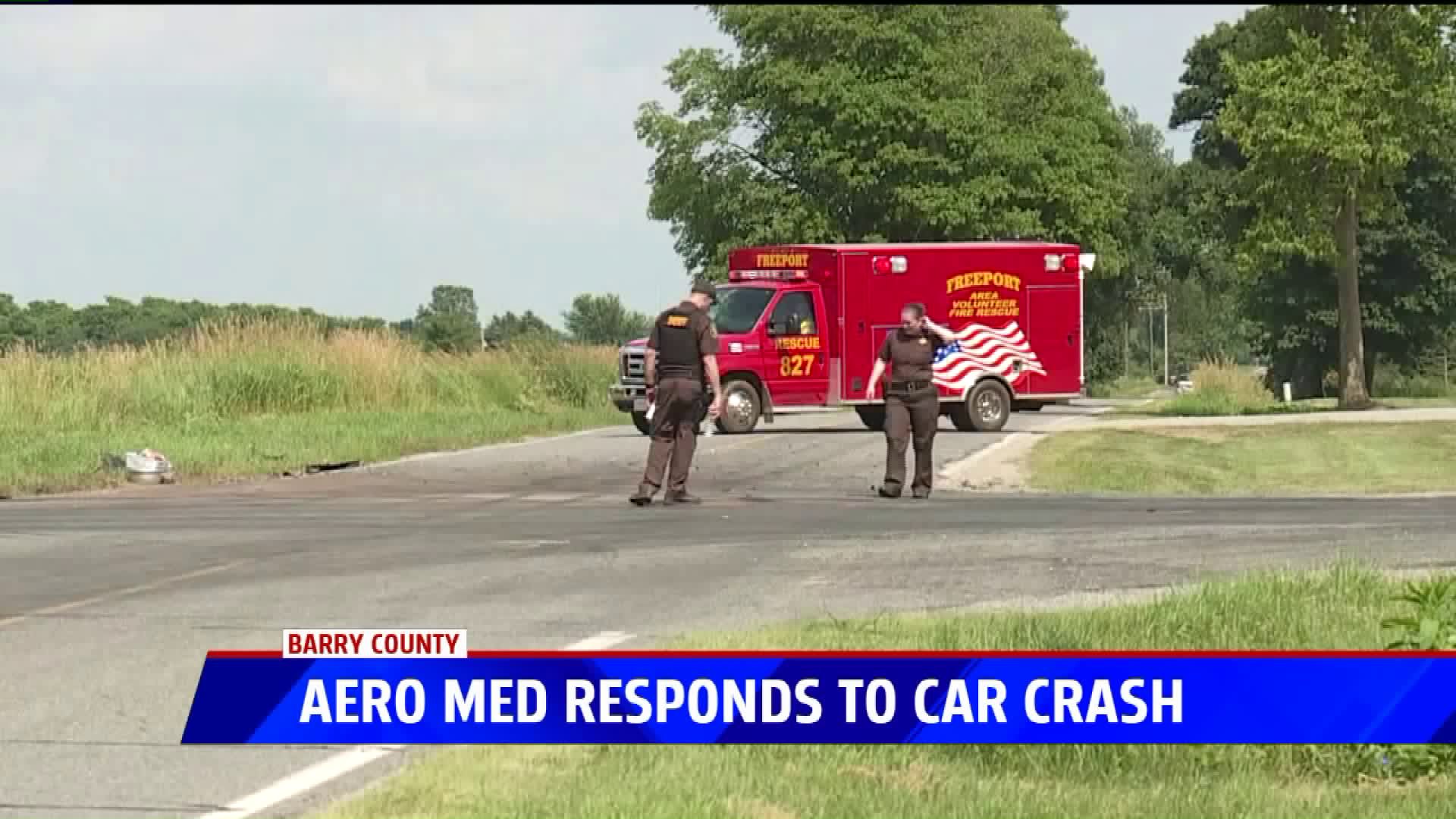 IRVING TOWNSHIP, Mich. — Five people were hospitalized after a driver failed to stop at a stop sign and struck another car Thursday in Barry County.

It happened around 2:15 p.m. on Eckert Road near Wood School Road in Irving Township.

The sheriff's office says a minivan carrying four people failed to stop at a stop sign and hit a van going through the intersection.

The driver of the van that was hit was flown by AeroMed and the four people inside the other car were taken to the hospital.

No word on the extent of injuries and no names have been released.

**Correction: This story previously said the wrong vehicle caused the crash, which was incorrect. We apologize for the error.**