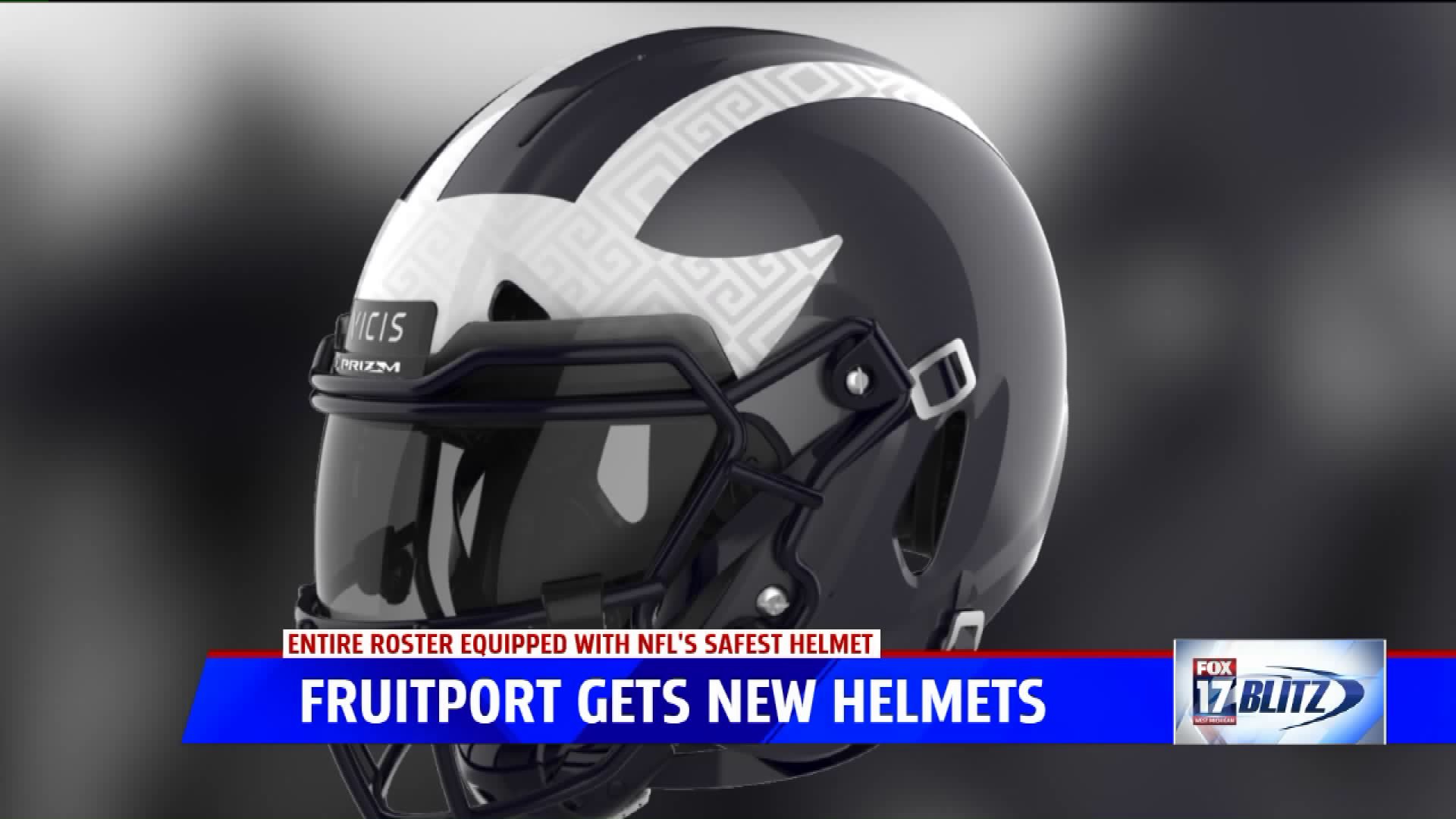 FRUITPORT, Mich. -- Dozens of Fruitport football players have been busy over the past few months raising money for new football helmets. The entire Trojans roster will be equipped with new VICIS ZERO1 helmets, making them the first school in Michigan to make the switch for their entire team.

"At the end of the season, we were in the market looking for new helmets," second-year head coach Nate Smith said. "I talked with Riddell and Schutt. VICIS came out, and we really liked the technology and testing of those helmets. The helmets fit the safety model we needed."

The ZERO1 has received the highest performance rating in the National Football League for three years in a row.

"It's critical," Smith said, "with all the studies coming out and the head injuries that take place in football and all sports, you have to

put safety at the forefront. For us, it was a no brainer if we had the opportunity to make this happen and have this take place."

The helmets were a community effort, with the money coming from several different areas, including a pop can drive, selling Biggby discount cards, working a parking lot Memorial Day weekend during Fruitport Old Fashioned Days, and several sponsors. "That was the biggest thing for us, and the players are so excited about that," Coach Smith added. "The community got behind it, the school board got behind it, the superintendent, athletic director, everyone has been extremely supportive about this project."

The team is expecting the shipment of helmets to arrive in mid-to-late July.