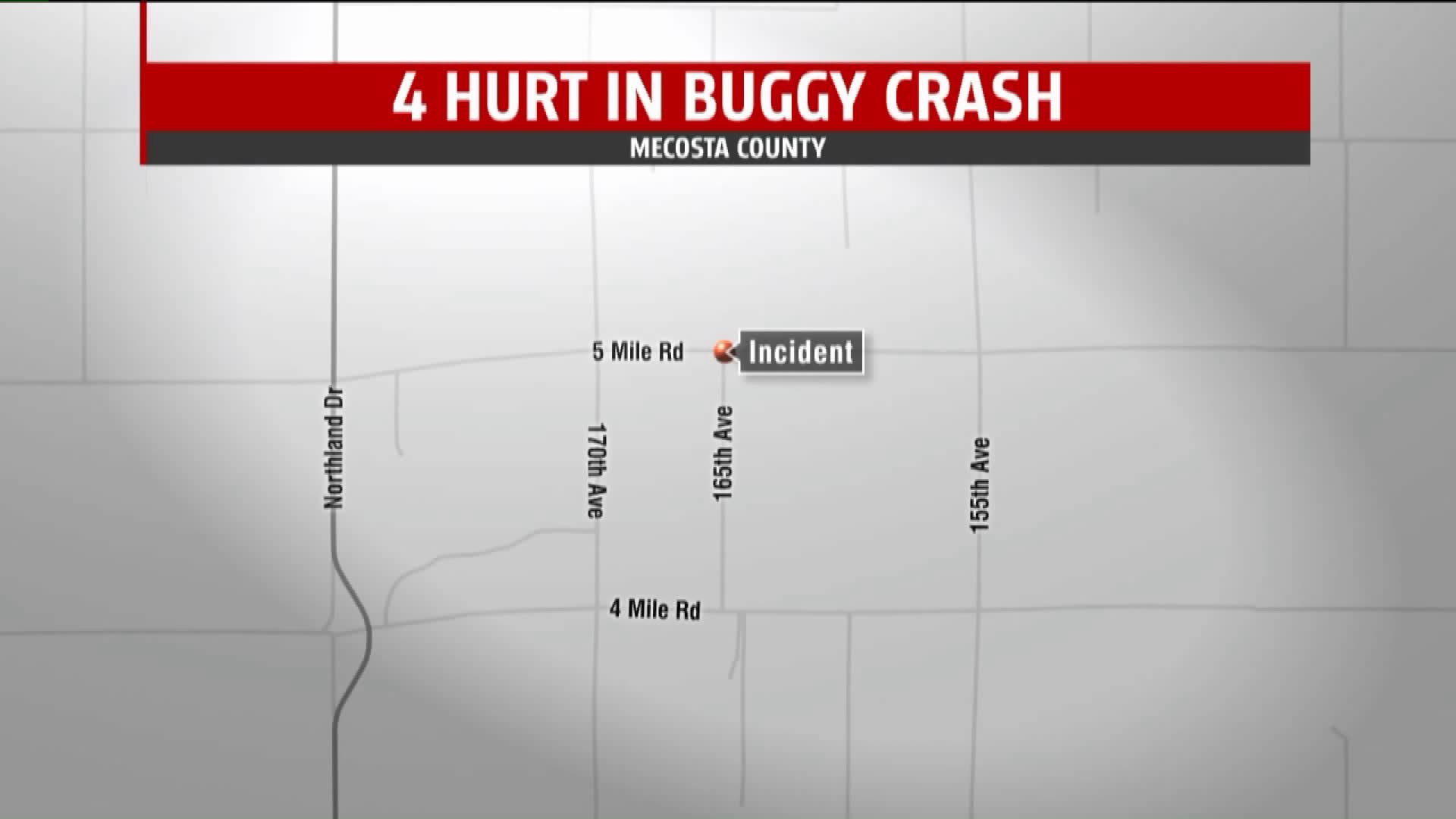 DEERFIELD TOWNSHIP, Mich. — A 10-year-old girl was seriously injured and five other kids were taken to the hospital after a vehicle hit a horse-drawn buggy.

The crash happened around 10:10 p.m. Wednesday near the intersection of 5 Mile Road and 165th Avenue in Mecosta County.

Deputies say the buggy with eight people aboard was headed west on 5 Mile Road when it was hit.

The 10-year-old girl was taken by AeroMed and is said to have life-threatening injuries.

Thursday morning, authorities said five children are in fair condition at Helen DeVos Children's Hospital and one child is in critical condition.

The driver of a car who hit the buggy, a 63-year-old from Cedar Springs, was not injured.

No names have been released. The crash is still under investigation at this time but deputies believe alcohol was not a factor in the crash.