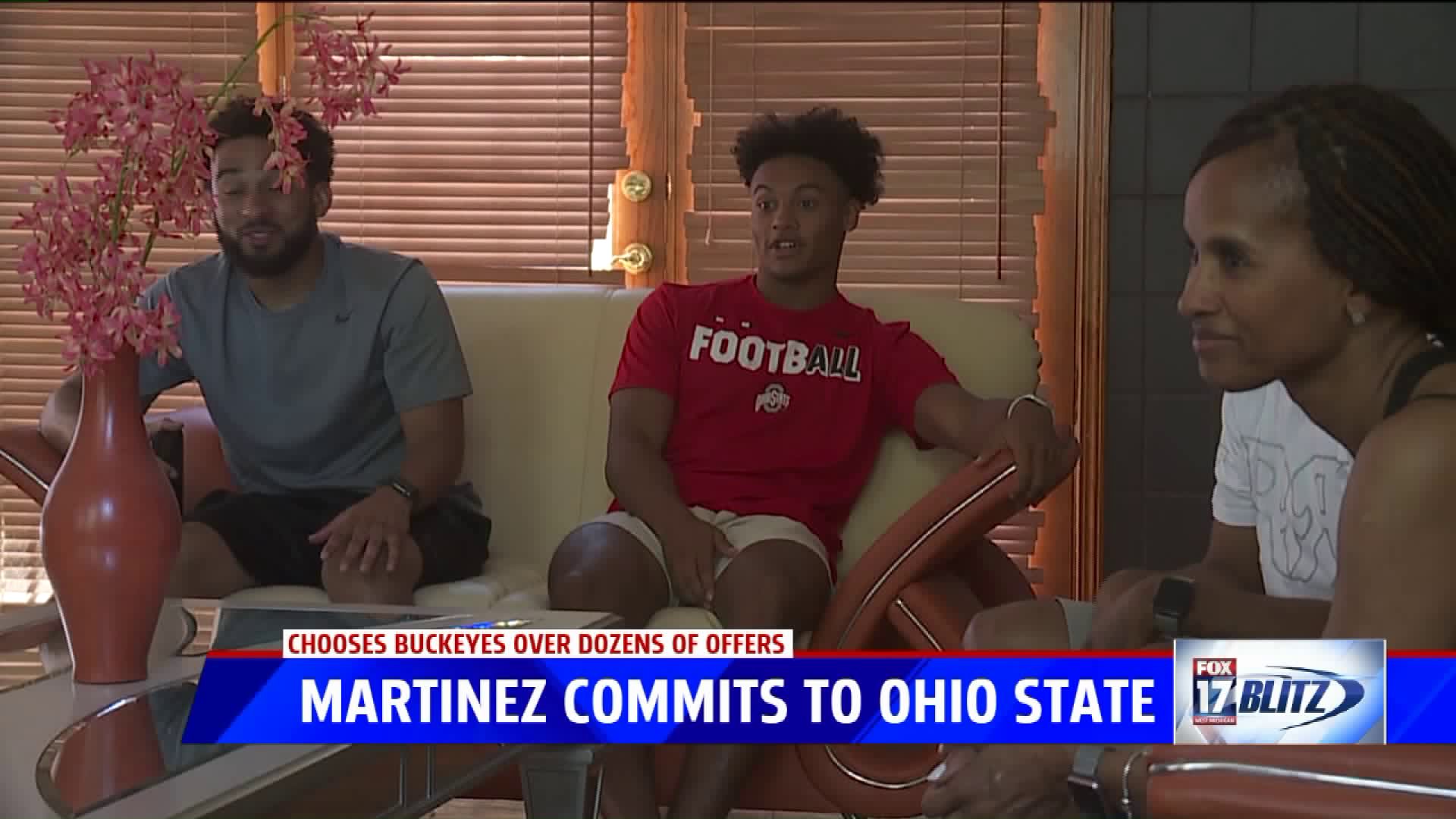 The 5-foot-11, 185-pound four-star athlete (according to 247 Sports) announced his decision via Twitter Thursday.

In his first season under center for the Big Reds, Martinez led the school to the Division 3 state championship game. He also set single-season records for most rushing yards and touchdowns.