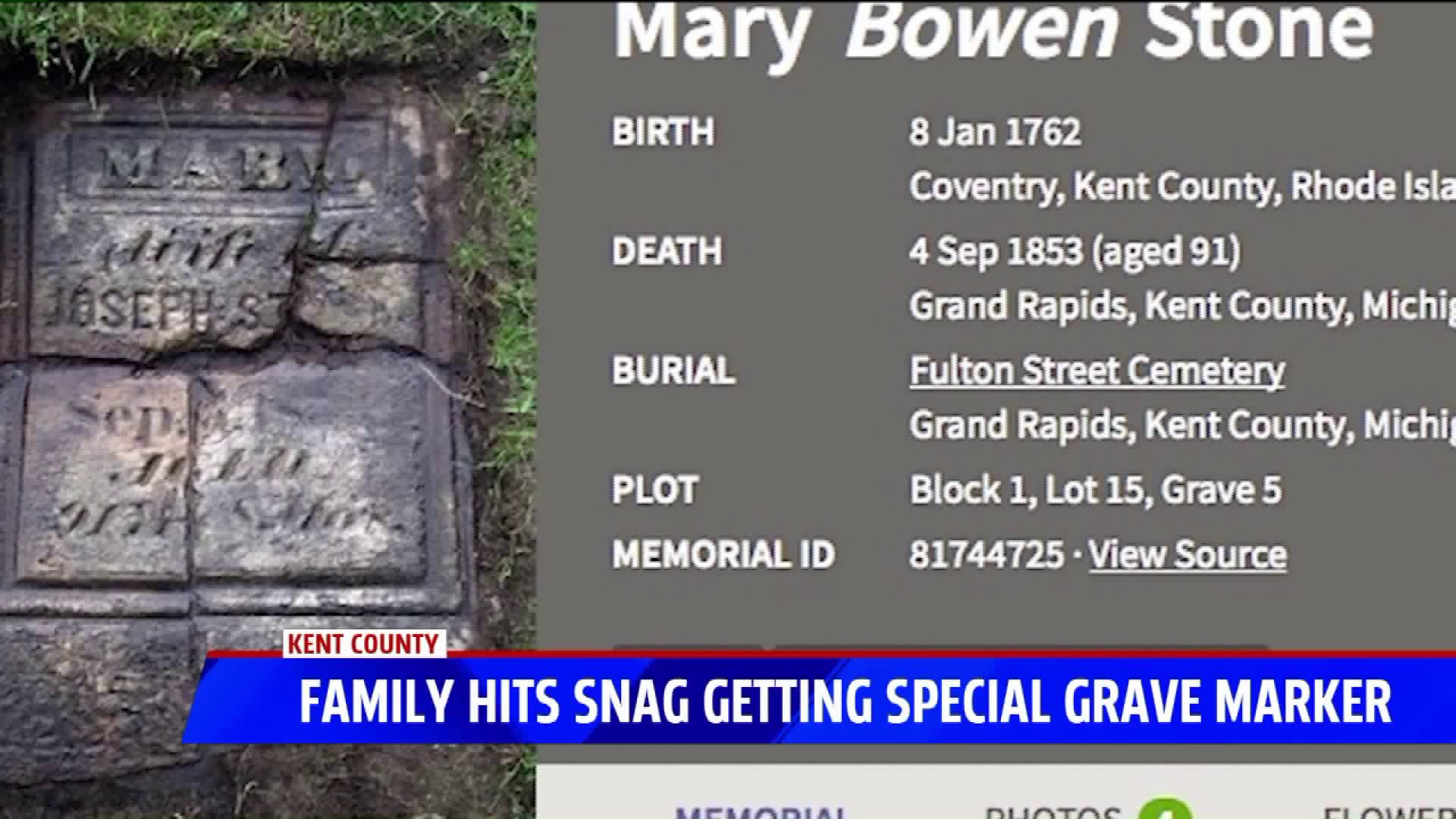 GRAND RAPIDS, Mich. — She was the wife of a Revolutionary War hero and the first person buried in a West Michigan cemetery. Her family, which lives in Grand Rapids, is trying to get a special marker in Mary Bowen-Stone's honor but are hitting a snag.

The sisters' maiden name is Stone.

The sisters said they descend from American Revolutionary War hero Joseph Stone. His wife, Mary Bowen-Stone, was born in 1762 and is the oldest recorded birth in the Fulton Street Cemetery in Grand Rapids.

Candy Stone-Brus said, "Couple of years ago when I was researching our family tree and I didn't realize, at first, that she was buried here. Cause her husband is buried in New York."

Another sister, Candy Stone-Brus, said that's why she's hitting a snag with the national DAR organization as she tries to get a special DAR marker for Mary's grave.

"They have records that she's buried in New York, and she's not. So we have to get that cleared up. I had to get something from the cemetery to vouch that she's here," Stone-Brus explained.

Mary Bowen-Stone is buried between her sons and daughters.

"We also want to get, maybe, one marker for all the family here because of the headstones being in such bad shape. So leave the old (and) get something new so you can at least read it and know she's here," Stone-Brus said.

It's a process, but the family is optimistic they'll get things straightened out.