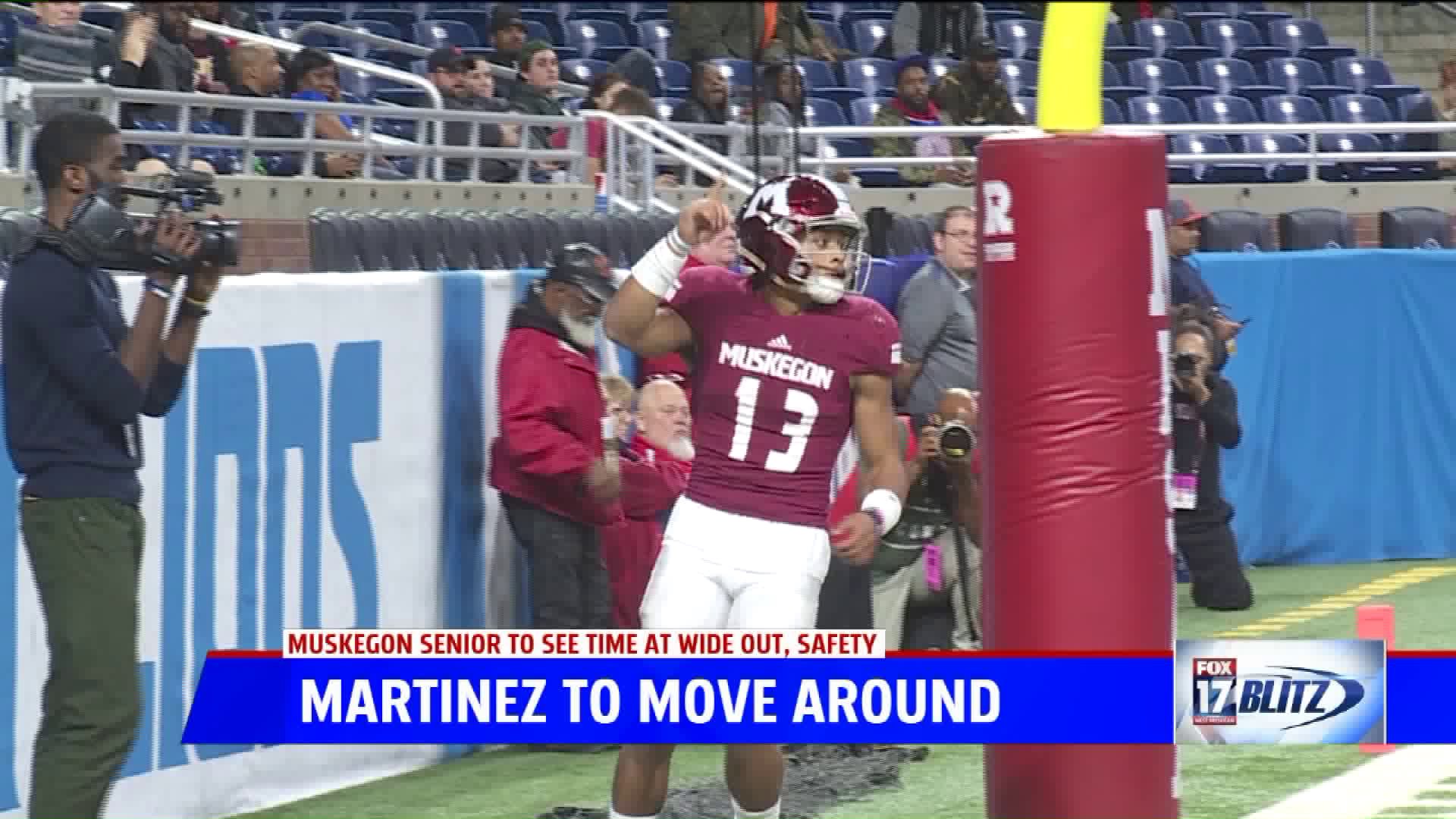 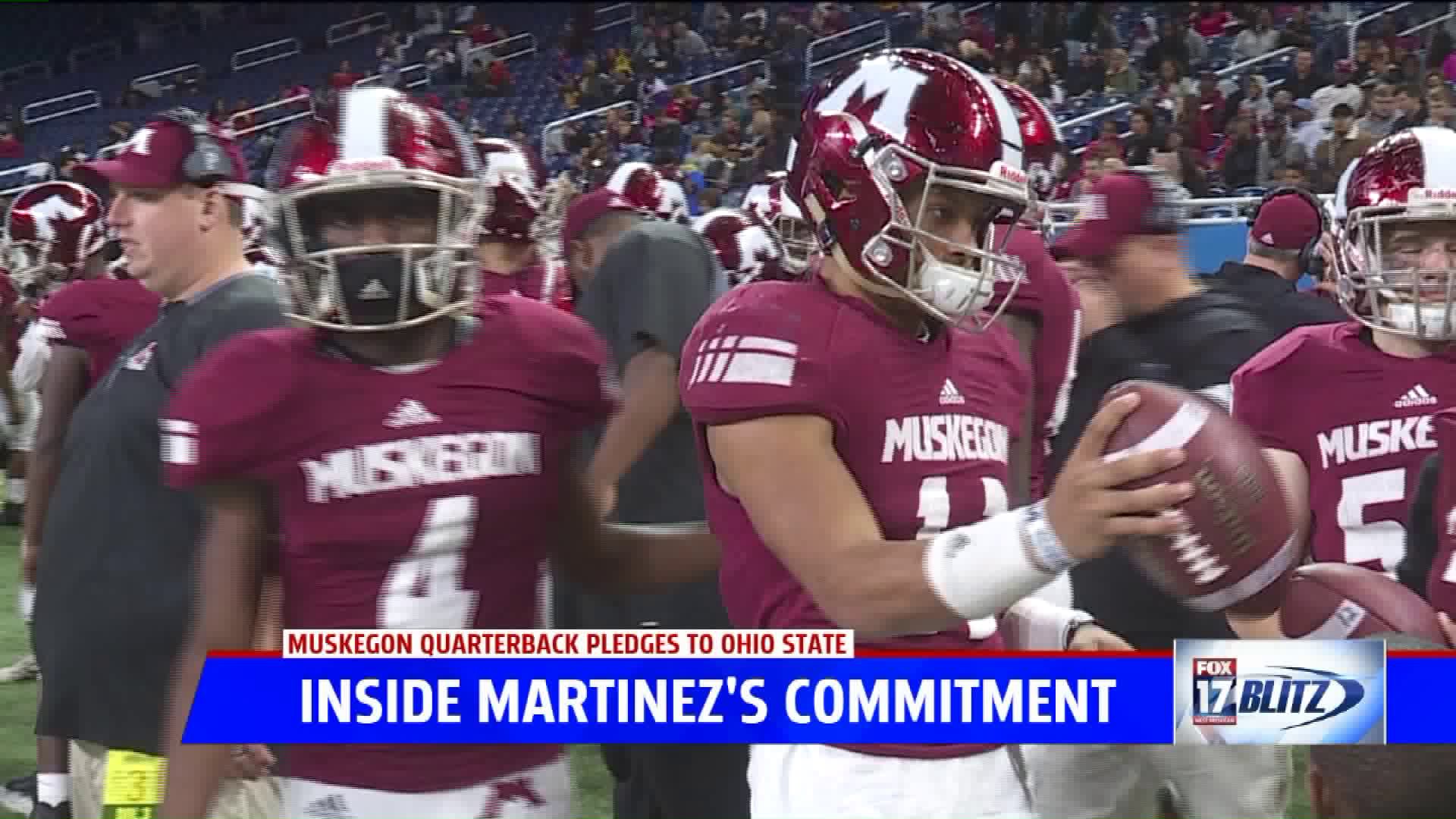 MUSKEGON, Mich -- Fireworks flared on the Fourth of July in the local recruiting landscape as Muskegon standout, Cameron Martinez announced his commitment to Ohio State.

"After thinking about it, along this whole process I thought that was the best place for me to develop as a person and also as a football player," Martinez said.

Martinez rushed for over 2,500 yards and 38 touchdowns last season, both program records, he also passed for 12 more touchdowns, leading him to the Mr. Football award in the state of Michigan.

"I sat down with my family, I went through my pros and cons list, talked and prayed about it, that's where my gut was telling me to do and I didn't want to ignore that."

The soon to be Buckeye understands what it means to be from Michigan and cross that state line but it's something he's ready to do.

"My dreams were always to be in state and play for Michigan or Michigan State," Martinez added, "those were always dreams of mine but the way it worked out was I ended up choosing Ohio State. My brother is actually an Ohio State fan and I used to be a Michigan fan, so we used to go at it in the house when they'd play and it just grew on me."

Martinez is ready to be a part of the greatest rivalry in college football and while he personally will have his fans during that specific game, some people close to him may not be rooting for his team to win.

"I have a lot of family members that are Michigan fans," he laughed, "a lot people are telling me they won't be an Ohio State fan but they're going to be a Cameron fan, so it's going to be fun to see."

The Big Reds quarterback held 28 division one offers, some to remain a quarterback in college, but many bigger programs such as Michigan, Michigan State and Ohio State see him elsewhere.

"They're letting me choose either wide receiver or safety, I don't really know what I want to do yet so that's the next step in this process is thinking about that, I'll get a little bit of experience playing both this year, we'll see how it goes."

The timing is everything, with his senior season fast approaching, Martinez can now focus on his team and teammates in the quest of getting Muskegon back to Ford Field for a fourth consecutive season.