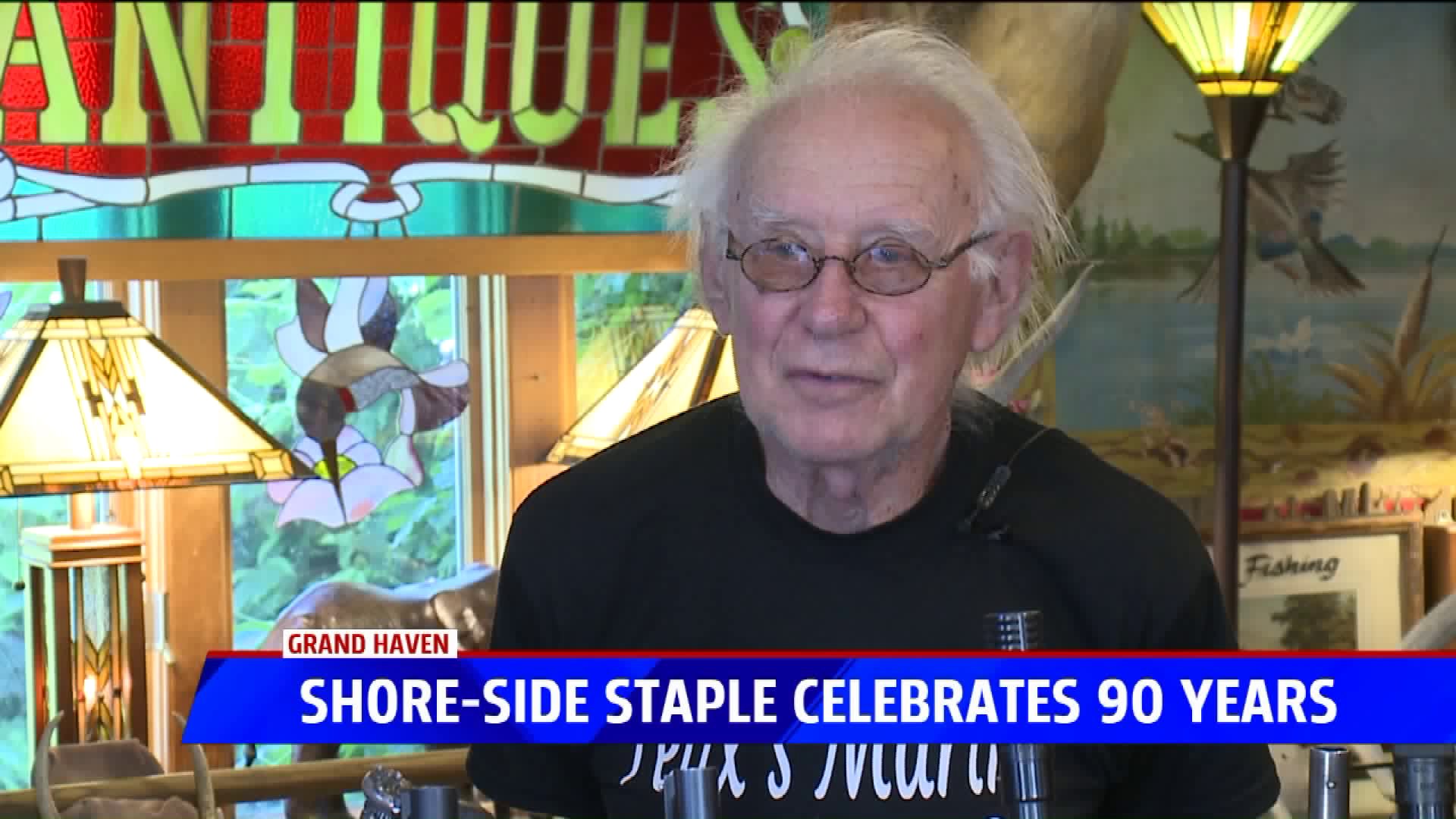 GRAND HAVEN, Mich.– A staple on the shores of Grand Haven is celebrating 90 years of business.

“They figured that on their first open day that they did real well, that they sold $2.56 worth of things," Pytlinske said.

Those things included two rental boats for 50 cents each.

Now, at 88 years old, Pytlinske still shows up to work seven days a week at the shop, which mainly sells antique guns and knives.

Perhaps Pytlinske is referring to when the Ed Harris and Jennifer Connelly film "Virginia" was filmed at his shop in 2012. Pytlinske got his 15 minutes of fame when director Dustin Lance Black needed someone to play the gun shop owner.

“So I’m in actually three scenes of the movie," Pytlinske said with a laugh.

In addition to making an appearance on the big screen, Felix's Marina plays a small role in presidential history.

“Gerald Ford’s been here quite a number of times before he was president," Pytlinske said. “He would bring his little trailer and set it up in the yard and then I’d watch his trailer for him. When somebody would come he’d be out there fishing. So I’d run down to the waterfront and yell, 'Hey Mr. Ford there’s somebody here to see you.’”

Call it being in the right place at the right time. Pytlinske laughs when asked about the secret to his store's success.

“Not smart enough to quit, I think is the secret," Pytlinske said. "I just keep showing up every day and keep dinking around.”