Heirlooms returned after a year; no work done, deposit kept 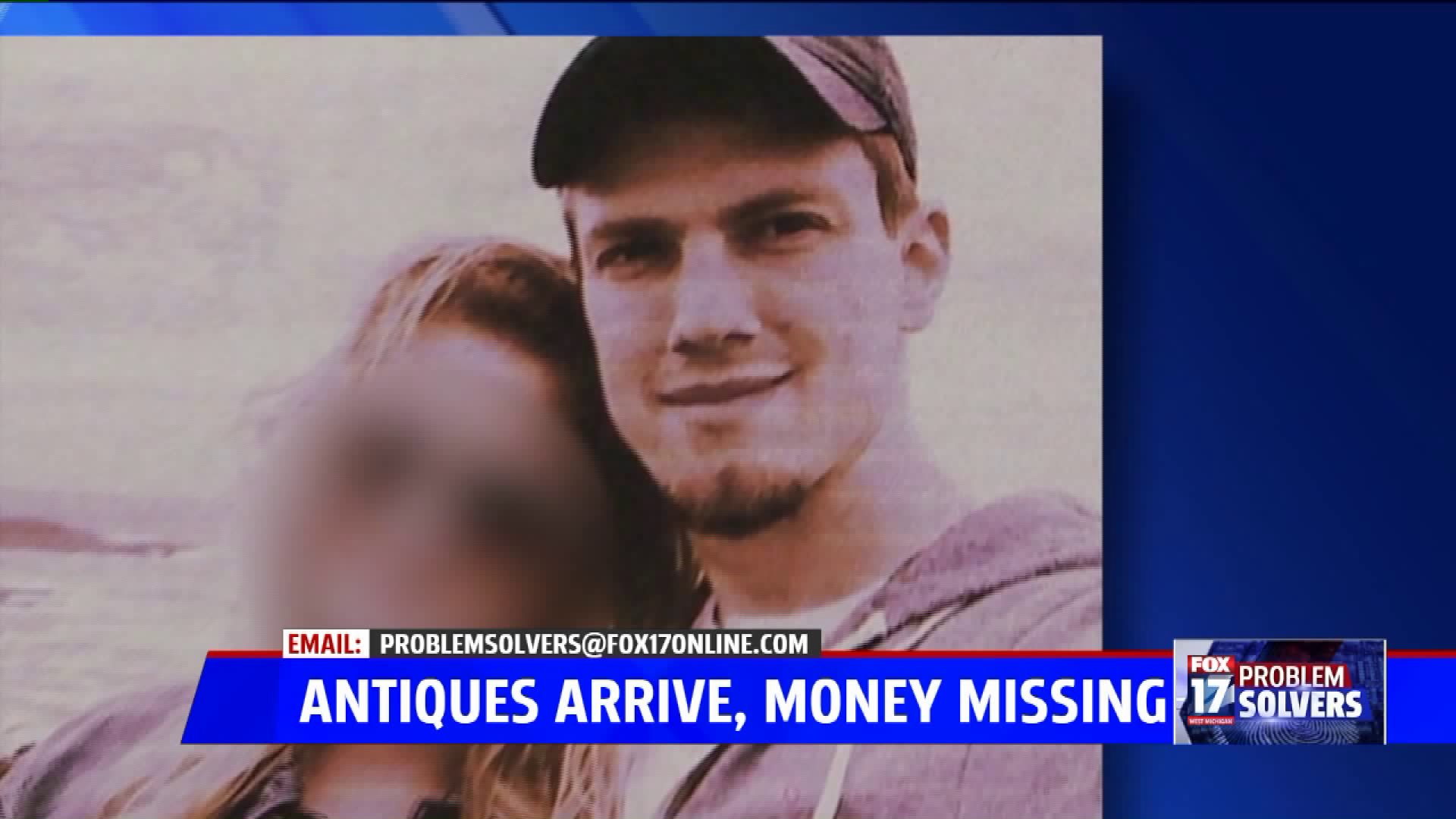 ADA, Mich. -- Family heirlooms are finally back where they belong after a couple's year-long battle with a so-called refurbishing business.

Zack Ferrell, owner of Furniture Renewal, was supposed to restore the bedroom set furniture. He even took a $600 deposit and the furniture a year ago.

"All of the furniture is back, every piece," Anne Jones said.

The items are housed in her garage. The furniture was passed down to her from her grandmother. She said Ferrell held it hostage since July 2018, and it’s in now worse shape.

"It's in worse condition by far. It wasn't obviously covered or cared for," Jones said.

She says Ferrell left stains of paint remover, chipped some paint and sanded some surfaces. He did no work on restoring the items which has left Jones puzzled.

She questioned, "Why we had to beg to get it back for a year?"

In late May, Ferrell told the Problem Solvers the job was done and that he'd return the furniture that week. Not only did he return it several weeks later in worse shape, he also kept the couple's $600 deposit.

When the Problem Solvers stopped by Ferrell's house in Casnovia this time, a couple of guys working on the property told us Ferrell up and moved to Alabama.

"At least we got it back, and I can finally sleep knowing that we got our furniture back," Jones said.

She said she's now got a reputable business lined up to do what Zack Ferrell failed to do.

"We're writing everything down. You know, we have a written contract unlike the last time. That's the plan with this furniture, and it's going to look beautiful," Jones said.

Ferrell had a moving company deliver the items to the Jones. She said the delivery happened Sunday. FOX 17 spoke with that moving company today, and they said Ferrell never paid them their $300. That's despite an agreement that payment was due upon delivery of the items.