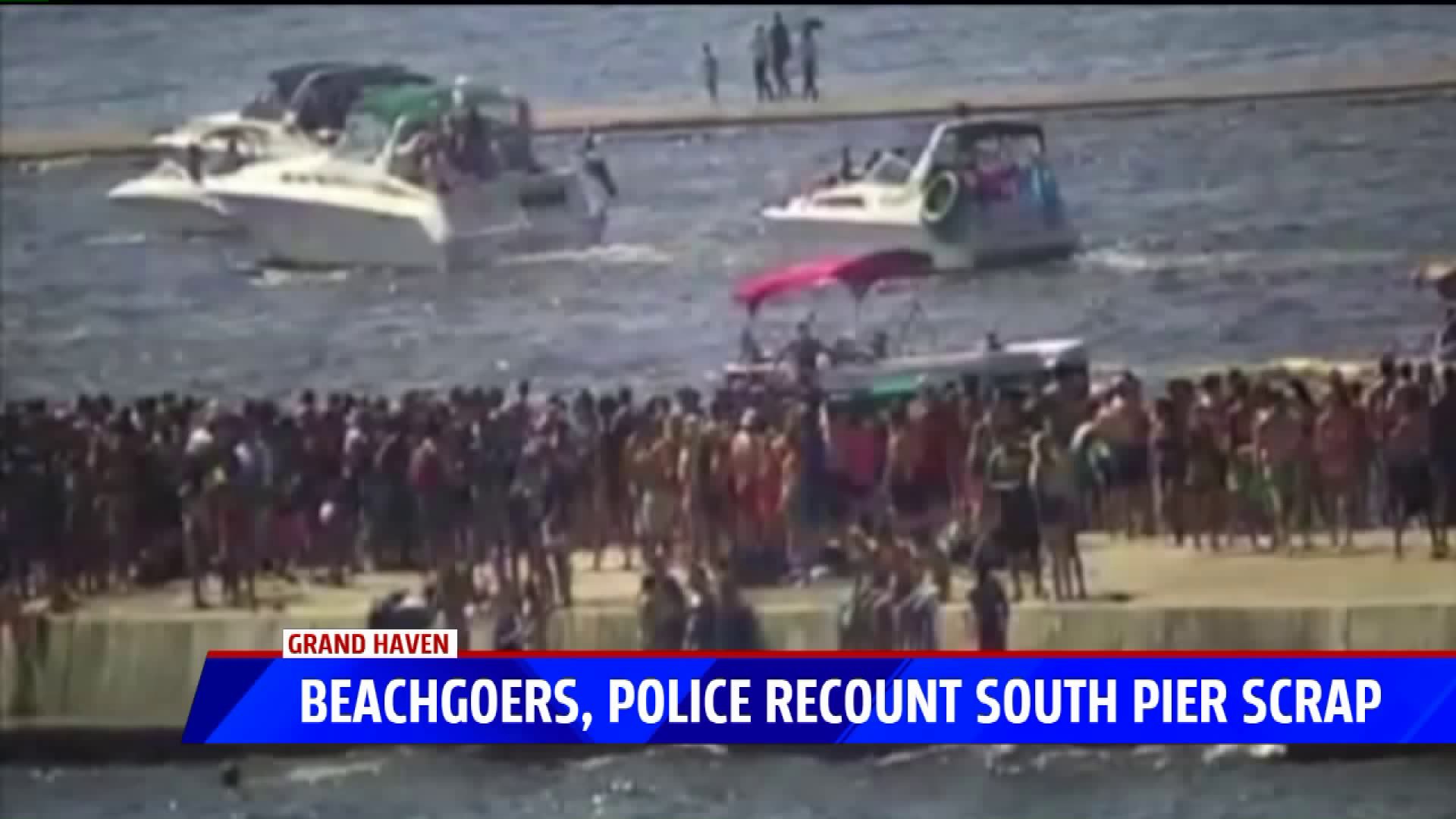 GRAND HAVEN, Mich. — There was a heavy police presence at the south pier in Grand Haven Friday as the beach was crowded with people enjoying warm weather.

The popular walkway closed Thursday afternoon after fights broke out between nearly two dozen people while crowded with dozens more.

Law enforcement took the incident seriously, closing the pier for the entirety of the afternoon and showing up in numbers Friday to prevent another fight from happening.

"We want people to be out here. It's a beautiful place to go and I think we've made a difference having more stronger presence out here to curb some of those illegal activities," said Sgt. Jeff Rabbers, Department of Natural Resources conservation officer.

People who regularly go to the beach there say the incident wasn’t typical.

"We love the pier and it's always been a safe place to go. I don't know what happened or what transpired but I'm sure it was dealt with,” Susan Armstrong said. “I'm not sure how, but we love this are and nothing will stop us from being here.”

Investigators say a group of people were drinking and jumping off the pier ahead of the incident, which ended with the fight being broken up by police.

"Whenever you get that many people in a small location like that it has potential for safety issues," Rabbers said.