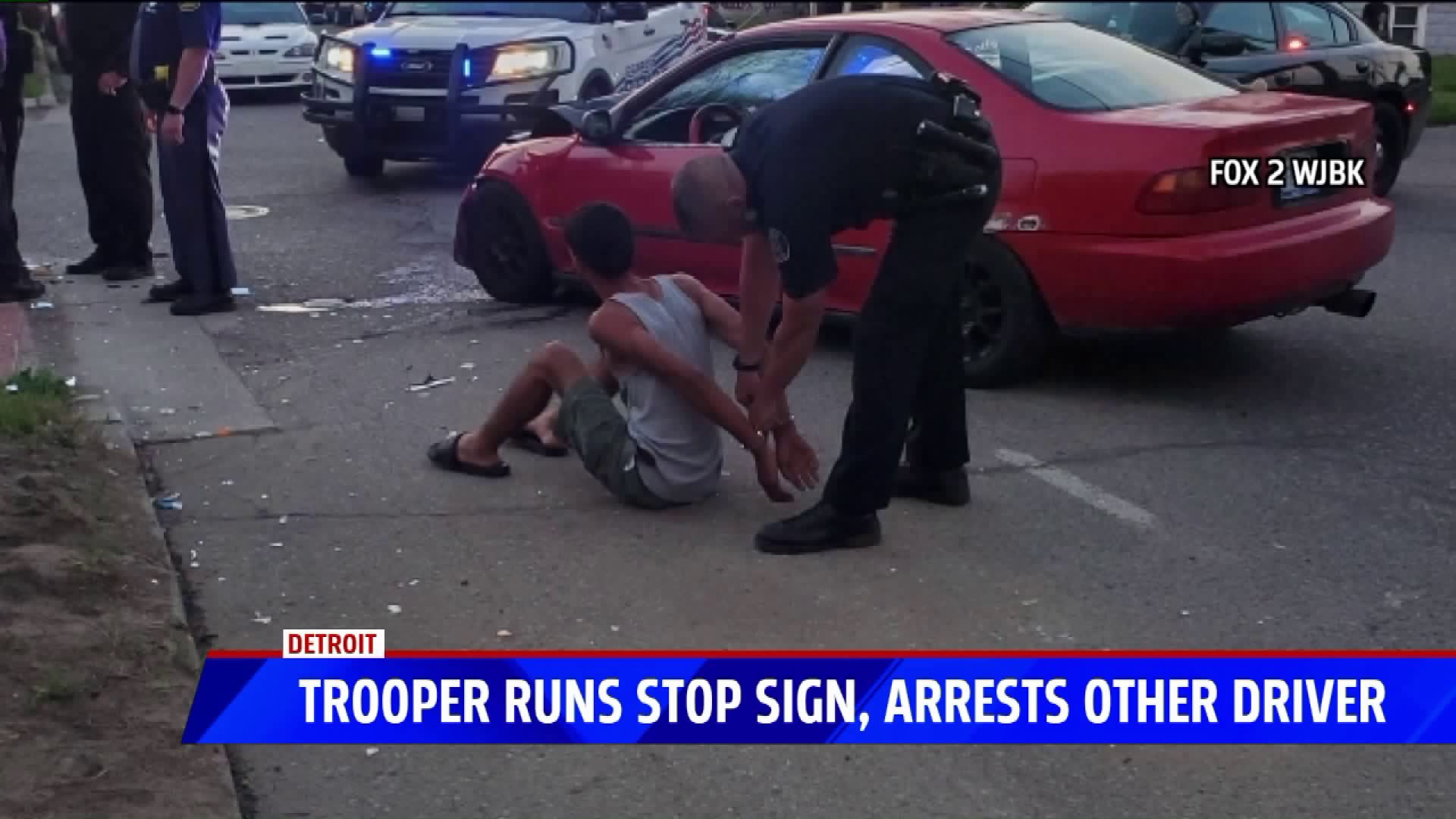 DETROIT — A man was put in handcuffs Thursday after he hit a Michigan State Police trooper’s unmarked SUV that ran a stop sign in a Detroit intersection.

FOX 2 reports the crash happened on the city’s southwest side. Surveillance footage from a neighbor’s house shows the SUV ignoring a stop sign and driving through the intersection when it was hit.

The crash sent the SUV spinning off the road and injured both drivers.

After the vehicles collided, the surveillance video shows the trooper exit the SUV and order the other driver, Carlos Martinez, get on the ground before putting him in handcuffs.

Martinez’ mother said her son asked to call his parents, but was told he “don’t need no parents and plus you don’t have no rights right now,” she said.

MSP declined to comment on the incident. Martinez has since been released from the hospital and hasn’t been charged.