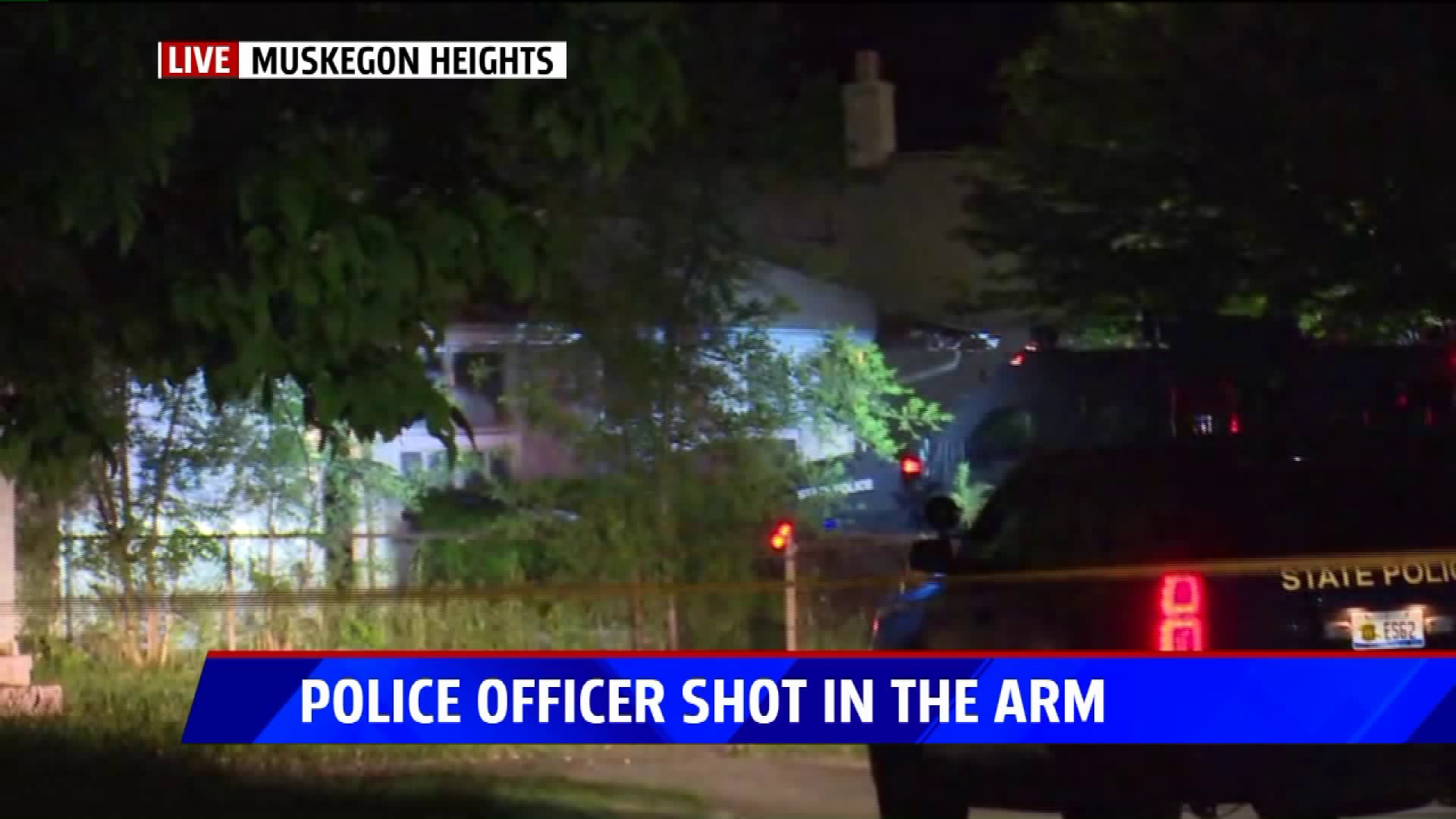 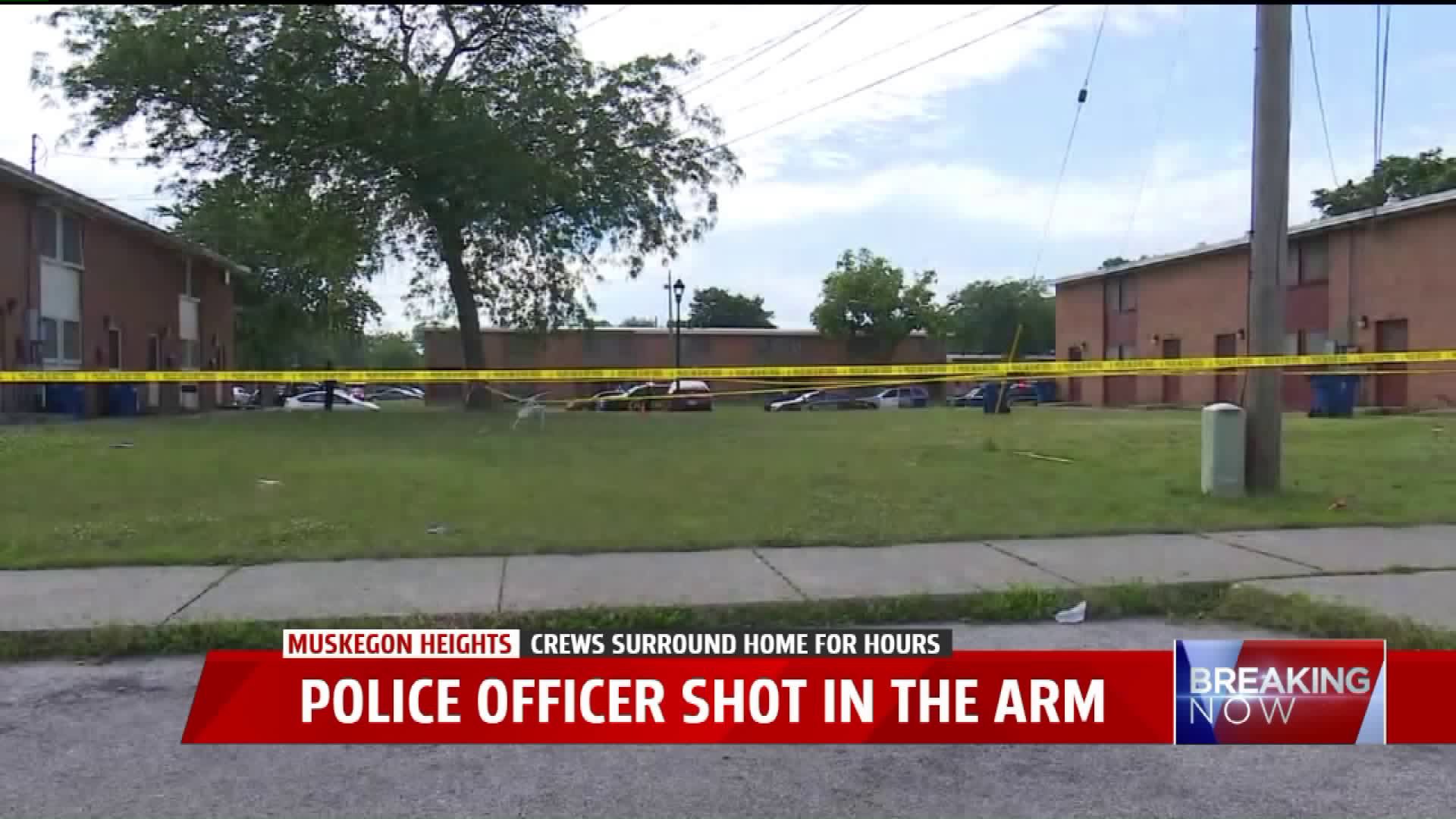 MUSKEGON HEIGHTS, Mich. -- An officer shot in the arm Saturday is "doing well" while the shooter is still at-large according to police.

We spoke with Chief Joe Thomas when the story broke, then again after the dust settled. At the time they believed they had found the culprit.

Our Aaron Parseghian was live at the scene all night as police surrounded a home on Jarman Street. After dozens of attempts to contact the person inside, police found they had escaped sometime during the 14-hour stand-off.

Police are not releasing the name of the suspect - though they know who it is - and promise it's not a matter of if Muskegon Heights Police will catch them, but when.

Chief Thomas assured us the suspect was not a danger to the general public.