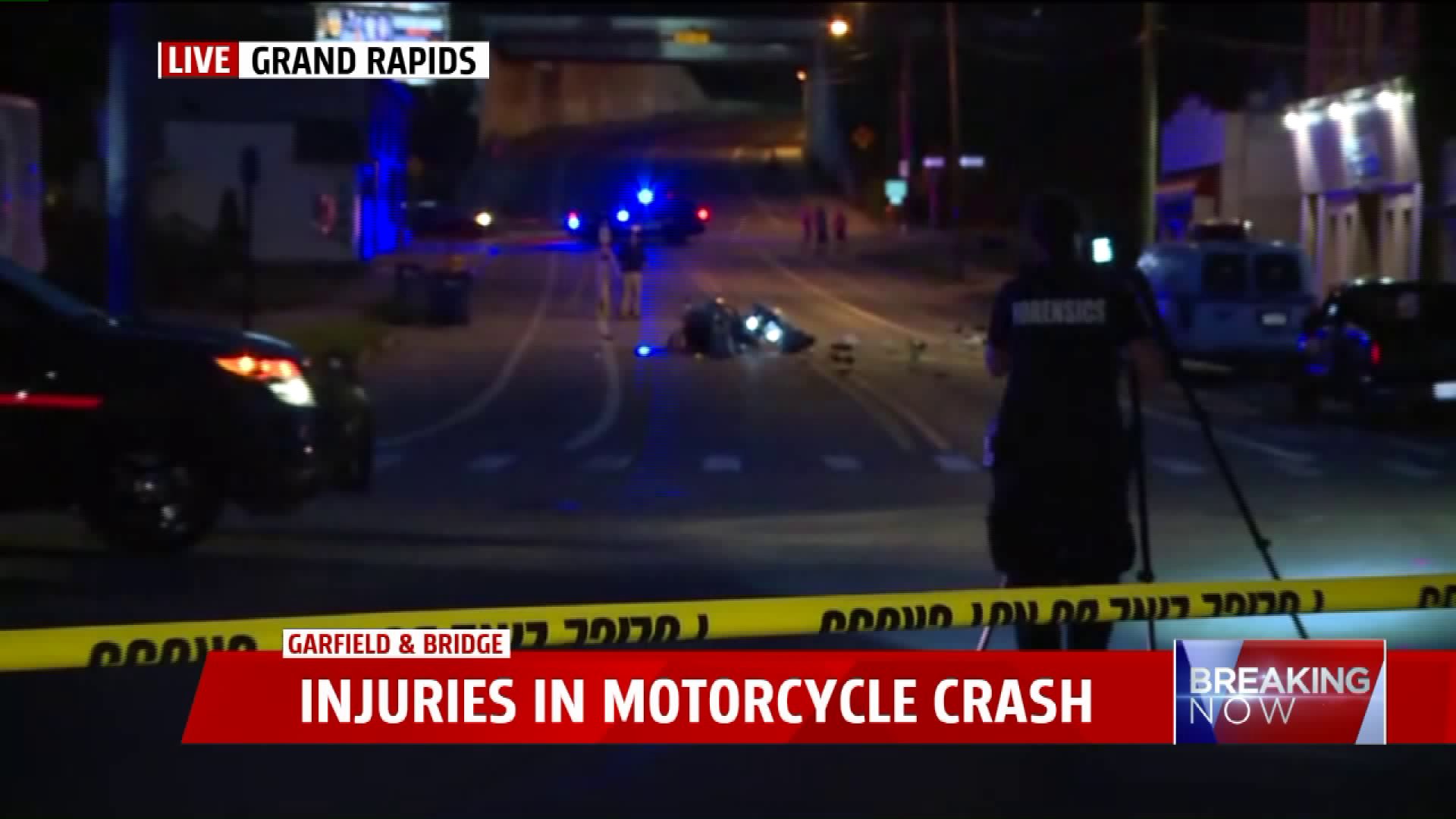 Each motorcycle had a man and woman on board. All four were taken to the hospital for serious injuries.

Grand Rapids Police tell FOX 17 at least 2 victims were unresponsive at the scene when they arrived. They also say speed was a factor in the crashes, but have not determined whether or not alcohol was involved.

GRPD Forensic Investigators were on scene for several hours.

Anyone with information should contact the Grand Rapids Police Department.