Marshall H.S. baseball player inspired by his late mom to excel on and off the field 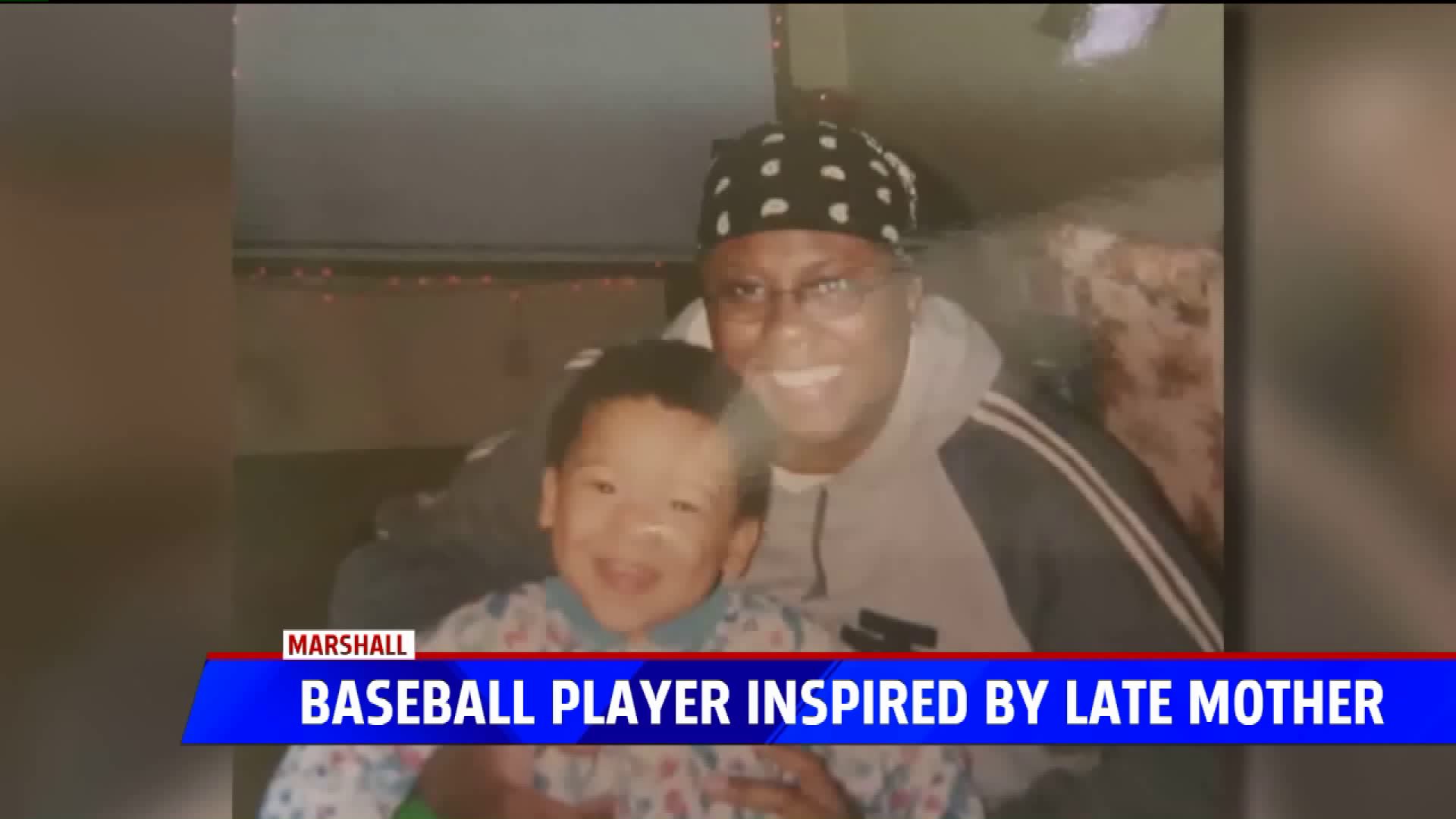 MARSHALL, Mich. — Graduation day was a special day for Rickey Nye, he said. He worked hard at Marshall High School and graduated one of the top students in his class.

When he grabbed his diploma in June, he looked up at the sky and said to himself ‘I did this for you.'

“I hope you’re proud of what I’ve done, especially on the field, every success, ‘thank you’” Rickey remembered saying that day.  “I always look up and make sure she knows that.”

Rickey, a former centerfielder with the Redhawks, lost his mother Jamie when he was three-years-old. Since then, it’s been his mission to make her proud, academically first and then athletically, he said.

“That was one of things me and his mother talked about before she passed on that she wanted him to have an education more than sports,” said Rickey’s father Mickey. “Well I’m a sports guys so we kind of had to do both. And he did both.”

Rickey lead the Redhawks with a .429 batting average and helped his team win back-to-back district championships.

However, his accomplishments on the field would not have been possible if his father wasn’t pushing him to excel in school first, he said.

“He said you are never going to step foot on a field until your grades are always 100 percent best they can be,’” Rickey said. “And you know that’s pushed me to be better in the classroom and it's translated to the field. He says ‘I let you out here because you work hard.’”

Rickey said working hard was the best way to honor his mom. He doesn’t remember much about his mother. But relatives tell him that she was the type of person who could light up a room as soon as she walked into it.

“I’ll always look at her pictures and all the other pictures of us together,” Rickey said. “We all always visit her grave on holidays, bring her flowers and just decorate it, you know, the works. She’s always in our thoughts and prayers and we don’t ever forget about her.”

Rickey said he’s going to continue his baseball career at Glen Oaks Community College in the fall. He plans to continue to succeed because it’s what his mother would have wanted.

“She’s alway going to be apart of me.” Rickey said.  “And I want to cherish her and honor for that.”