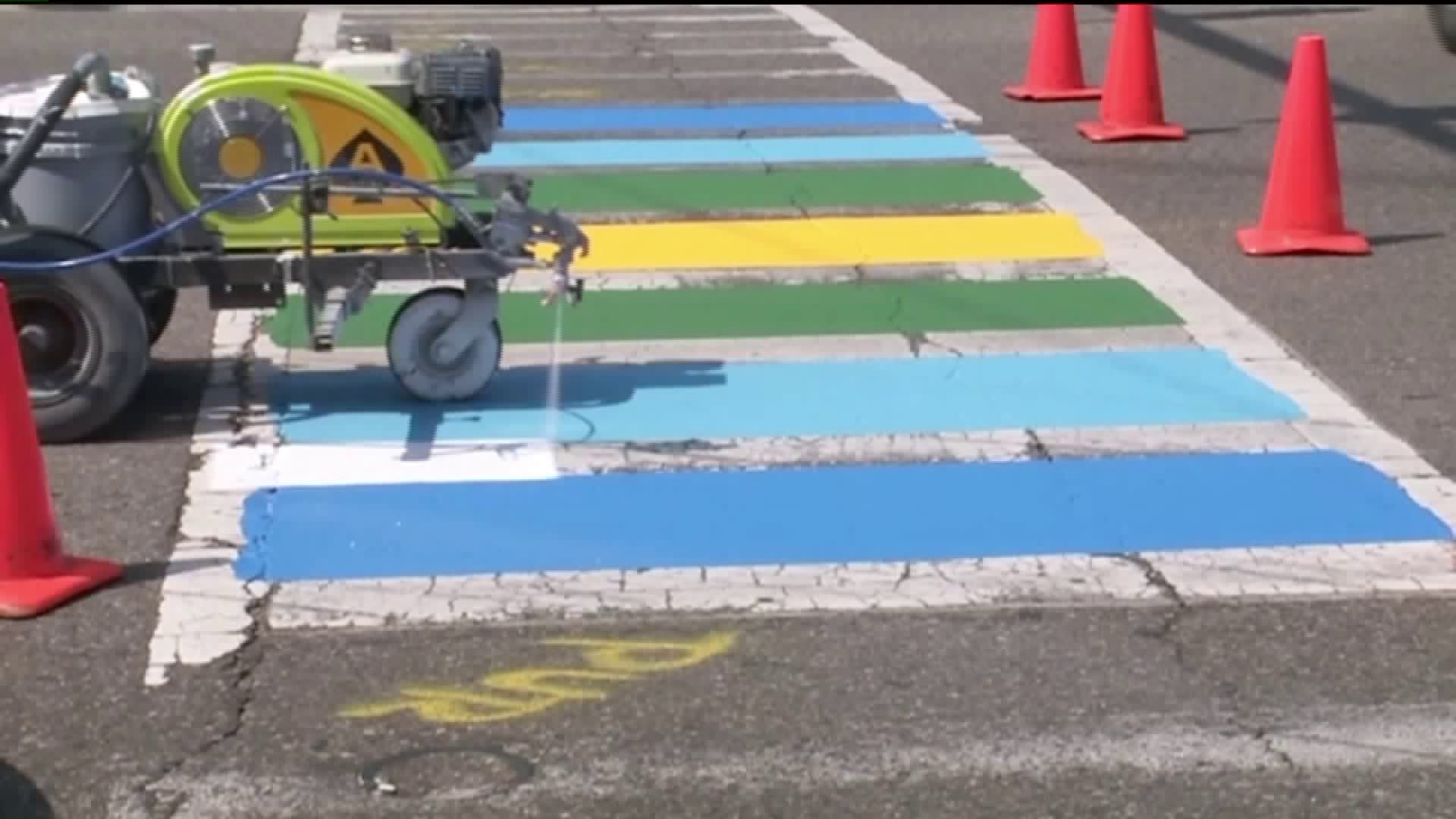 Some call it art that promotes equality. Others call it inappropriate and say it sends the wrong message to children. Either way, the new rainbow themed crosswalk in Battle Creek is putting one business to work.

"It really is a nice look," Brian McDavid said.

McDavid and a crew from Ace Parking Lot Striping painted the crosswalk at Van Buren Street and Capital Avenue in Battle Creek.

Deana Spencer, with Battle Creek Pide said, "Painted in a rainbow color to help celebrate our pride festival coming up this month and really just to show equality in Battle Creek in general."

Spencer and Chris Fulbright said the idea came about when they saw Kalamazoo do the same thing last year ahead of their festival. So the pair got permission from the Cereal City to do the same.

Fulbright said, "It just makes me feel so happy that this is being done in little old Battle Creek because number one, it's beautiful. It's artwork, and it shows the diversity and inclusiveness of Battle Creek."

But not everyone is on board with the project. A couple of protesters held a sign expressing their disapproval and concerns. The sign read: Stop Promoting Sexuality to Our Kids.

McDavid said, "Everybody's got their opinion, and I can respect that. I have a job to do. I'm gonna do it, and I'm just glad Battle Creek hired us to do this."

Fulbright said the $3,000 project is privately funded by the Battle Creek Community Foundation. Unlike the new permanent 'Rainbow Road’ in Grand Rapids, the Battle Creek crosswalks will be back to normal by the end of the month. However, we're told the city is in talks to possibly keep them around longer.