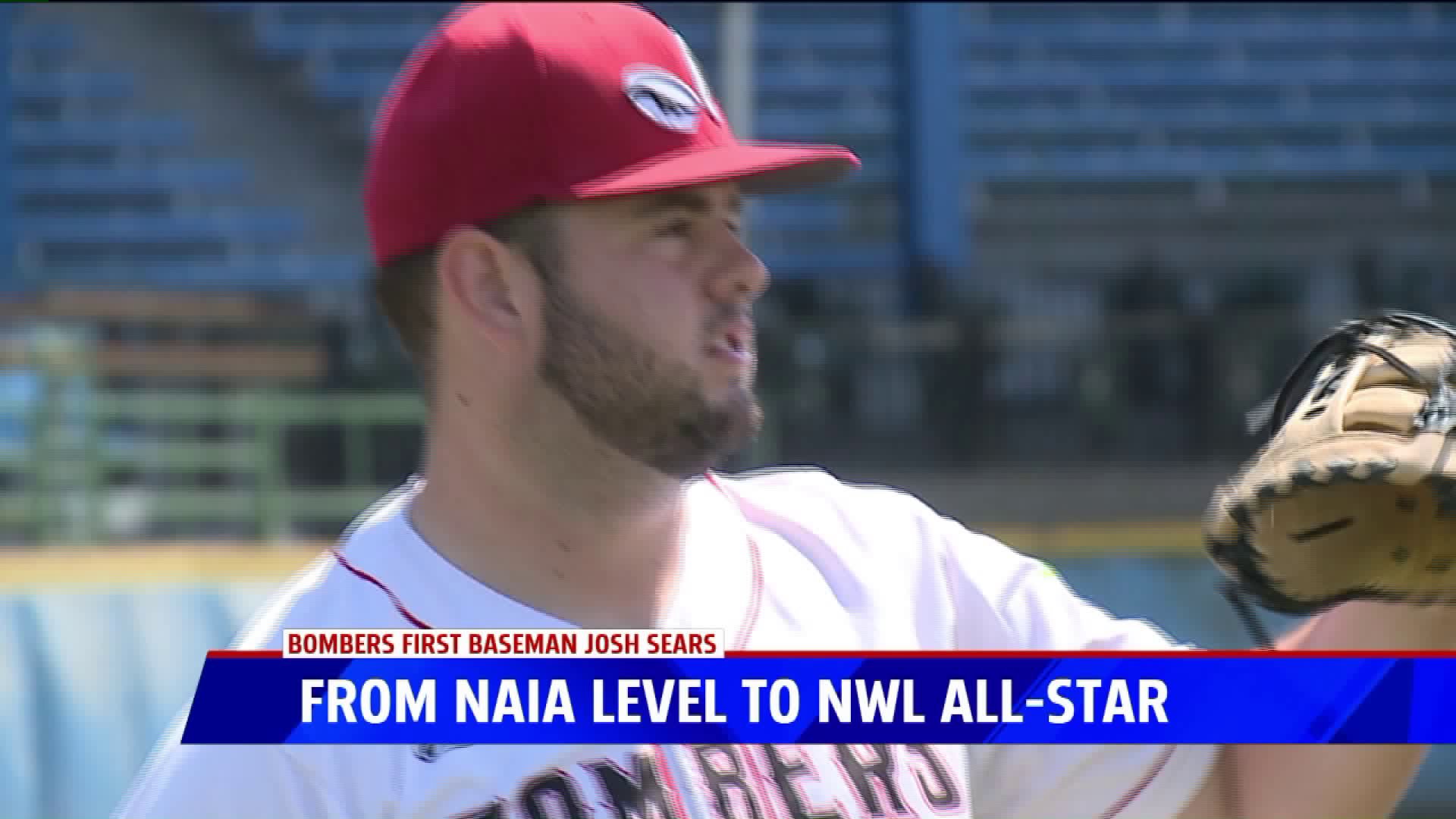 "There's Division-1 talent all over NAIA ball, there really is," Sears said, "it's just about where you fit in honestly."

Sears doesn't have family in Michigan and is actually from Alabama, there's just one thing that convinced him to come play in Battle Creek.

"Competition," he said, "I want to compete. I want to get myself out there a little bit, I've had a blast so far, I want to keep having a blast."

Moving to Michigan for a summer takes some getting used to however, especially with the weather.

"It's definitely cooler," Sears laughed, "it feels amazing here, if I was in Alabama playing it'd be 98-degrees and humid as heck, it feels good up here every day, it's cool to get around and see different states."

The Northwoods League is full of a lot of Division-1 talent, but Sears is having no problem fitting in, hitting .312 in 33 games played so far.

Sears has 42 home runs and 147 RBI in his two seasons at Freed-Hardeman and was an NAIA All-American in both seasons.

"I kind of knew coming in he'd be one of our best hitters," Bombers field manager, Mike Ruppenthal said, "and he's proved so far, to be our best hitter."

Sears ranks near the top of the league in a lot of hitting categories and was recently named a Northwoods League All-Star.

"Individual success comes off of team success so it's really just that and whatever I can do to help the team win, I'll do."

Anything including pitching. Sears made his pitching debut on July 2nd striking out two in an inning of work but his strong suit isn't his arm, it's his bat.

"You can watch him take batting practice and say, 'this guy is a professional hitter,'" Ruppenthal added, "just as far as he hits the ball, you don't see that from a lot of guys."