2 injured after truck hits motorcycle on I-96 in Ottawa Co. 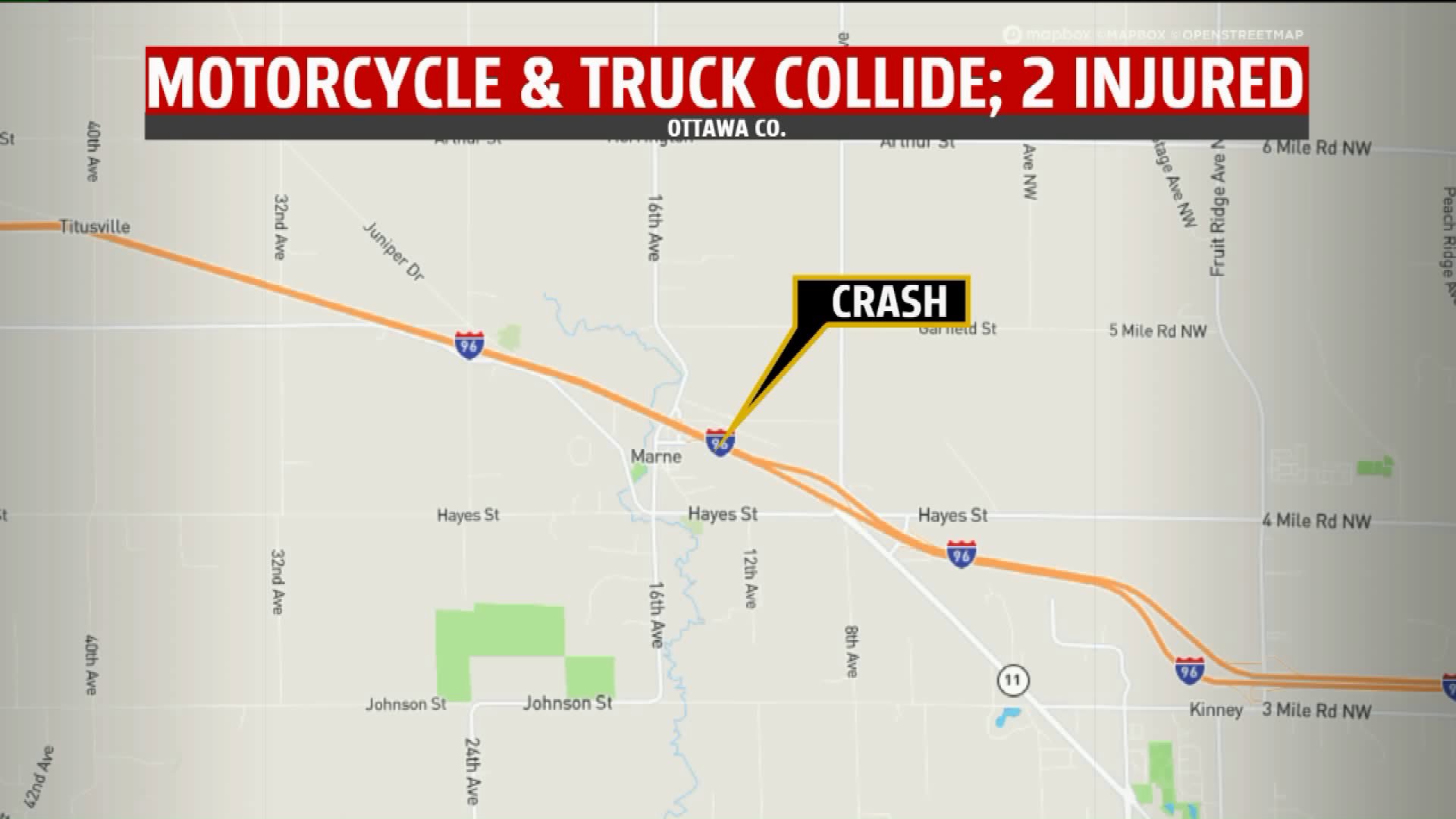 WRIGHT TOWNSHIP, Mich. — Two people were injured Tuesday night after the driver of a pick up truck hit a motorcycle from behind on eastbound I-96.

The crash happened around 10:24 p.m. on the highway between the exits for Coopersville and Walker.