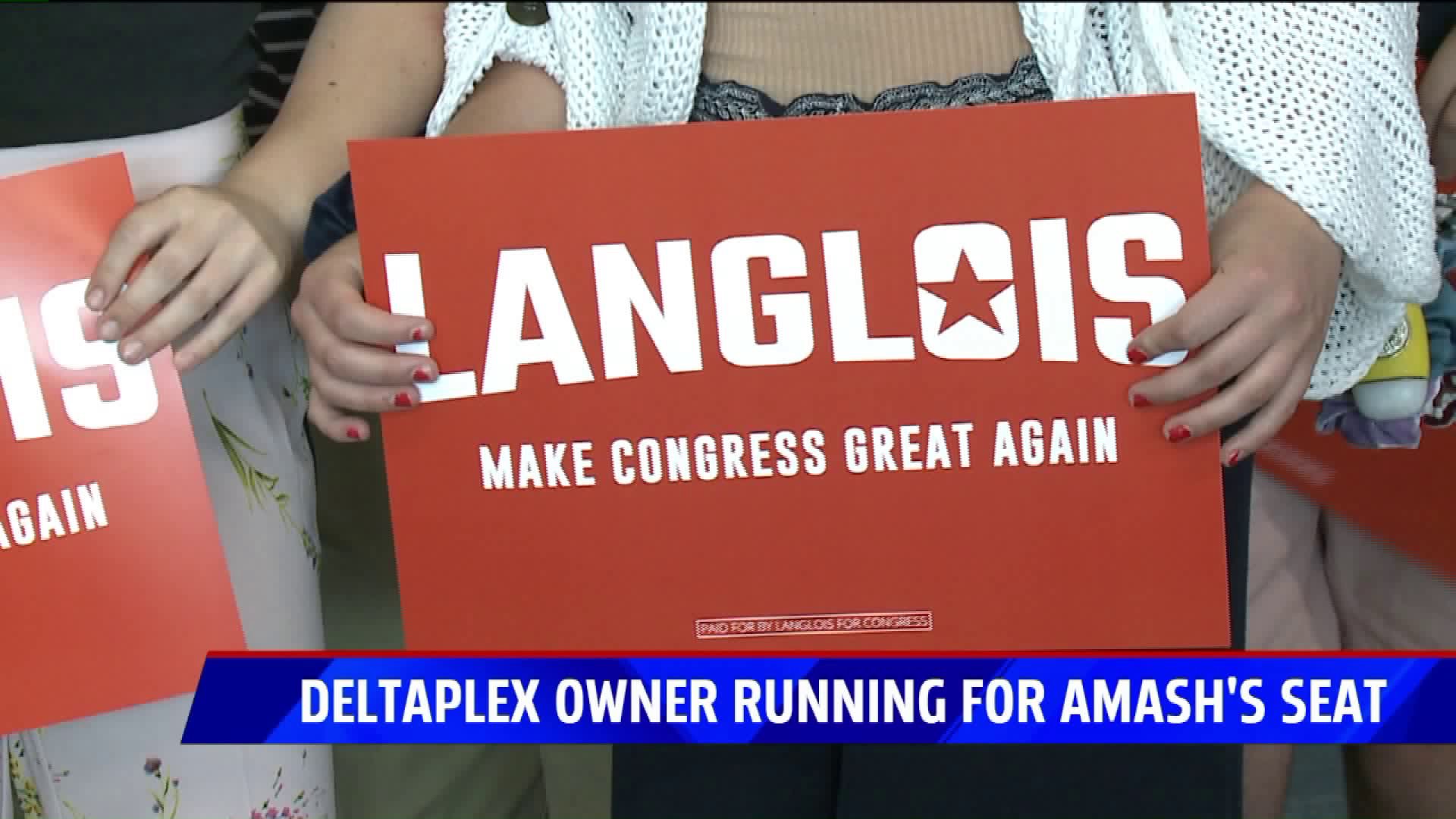 WALKER, Mich.— A fifth Republican has entered the race for Michigan's 3rd Congressional District, which is currently occupied by the newly-independent Justin Amash.

Joel Langlois is the owner of The Intersection and The DeltaPlex Arena in Walker, where he made his formal campaign announcement.

Langlois describes himself as "outsider businessman" who wants to "Make Congress Great Again." The slogan is inspired by President Trump's "Make America Great Again" branding, which is borrowed from former President Ronald Reagan.

Langlois says if elected to Congress, he hopes to revive the principles of its founding.

“Congress was great when our founders designed it," Langlois said. "They designed it as a legislative body. They wanted people to work together to debate subjects to come up with solutions. Right now, that doesn’t happen."

Amash is running for re-election as an independent candidate.