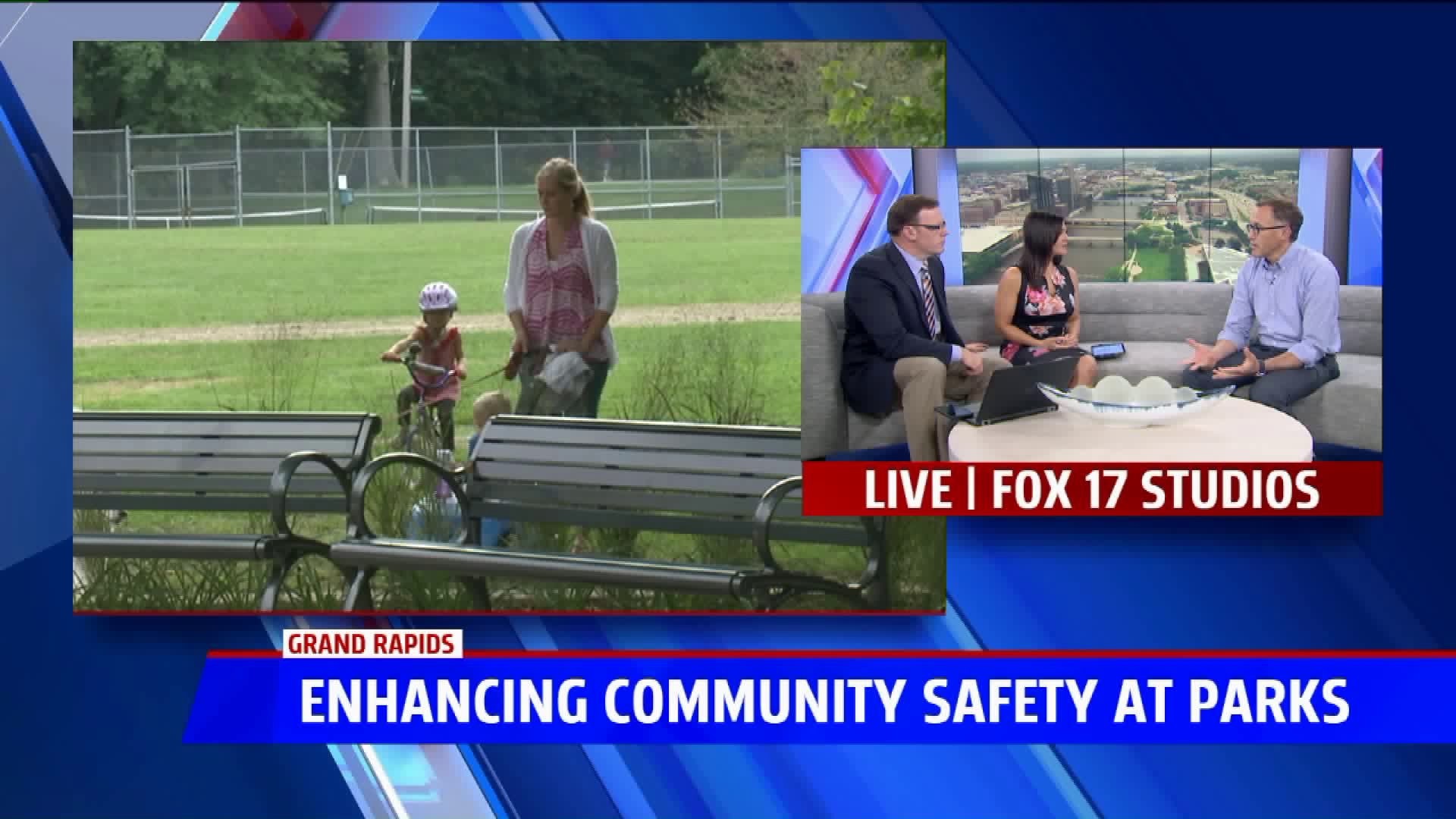 GRAND RAPIDS, Mich. — The City of Grand Rapids is launching pilot programs in hopes of improving community safety after a rash of shootings throughout the city.

The programs will offer more recreational opportunities for children and teens, put an ambassador in four parks across the city, and create three community events at parks.

In a release, City Manager Mark Washington says officials want to improve the quality of life for Grand Rapids residents through “deliberate plans and intentional partnerships.”

“We believe we can positively activate our community and help reduce gun violence in our city through these community-based solutions,” the statement says.

The expanded recreational opportunities include the creation of a summer camp at Joe Taylor Park. It is free for Grand Rapids residents who register ahead of time by calling 616-456-3696 and will run Monday-Friday from mid-July to mid-August.

More information can be found on the city’s website.

Another program will add park ambassadors at Garfield, Highland, Joe Taylor and Martin Luther King parks. It will put two people at the park from 3-9 p.m. seven days a week from mid-July to the end of September.

Those ambassadors will be able to answer questions from visitors, clarify park rules, perform light maintenance like trash pickup and restroom upkeep, and be a presence at the parks. There will be a park ambassador tent will be added with information about City services.

Applications to become a park ambassador can be submitted online.

The final pilot program is creating three community events in Grand Rapids parks that will happen in late July or early August in Garfield, Highland, Riverside and Joe Taylor parks. Details will be released soon.