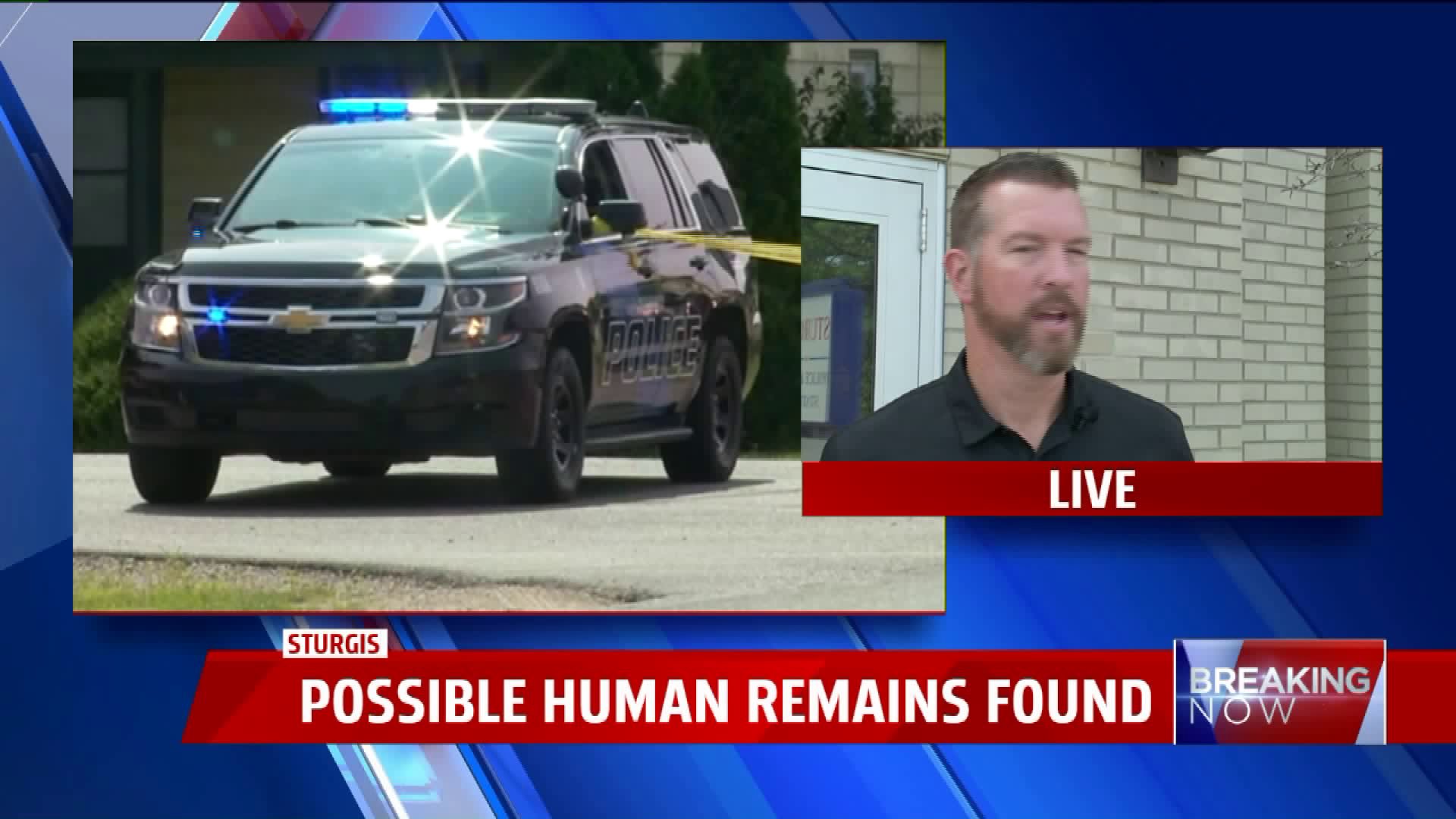 Police say the remains were found by a construction crew around 11 a.m. Tuesday in the area of S. Nottawa and Bogen roads.

Geoffrey Smith with the Sturgis Department of Public Safety says that remains appear to be very old, maybe as old as 100 years.

When asked about Brittney Beers, a local 6-year-old girl who has been missing since 1997, he said that it appears that the remains are older.

Michigan State Police and the Western Michigan University Anthropology Unit are assisting with the investigation.