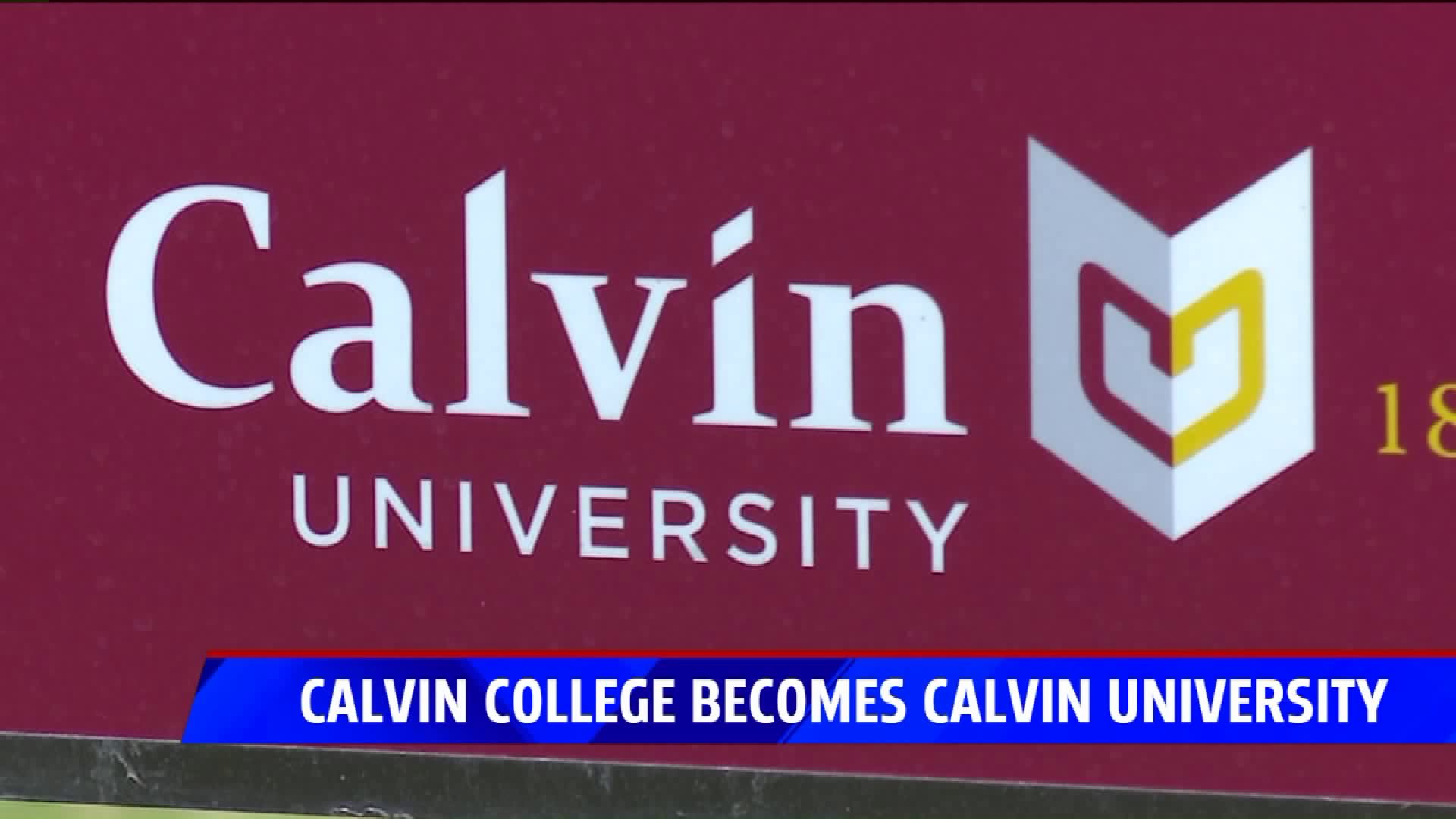 GRAND RAPIDS, Mich. — It’s been Calvin College for nearly a century but as of July 10, the Grand Rapids school is officially Calvin University.

The president of Calvin University says the change is really about name recognition. The new title will make it easier to introduce the school’s mission to students around the globe, who recognize universities as institutions they can trust.

The theological seminary opened its doors nearly 150 years ago. Back then, there was only one classroom, one professor, and just seven students. Well, it's grown since then.

Now, the campus covers more than 400 acres and teaches thousands of students. Le Roy says the name change is just another step in that growth.

"We want, also, our friends and those who know Calvin around the world to understand what this might mean in terms of new programs and offerings for them from across the county and around the world," says Le Roy.

The name change is part of a decade-long plan to continue to reach students abroad all while setting the university up for the future.