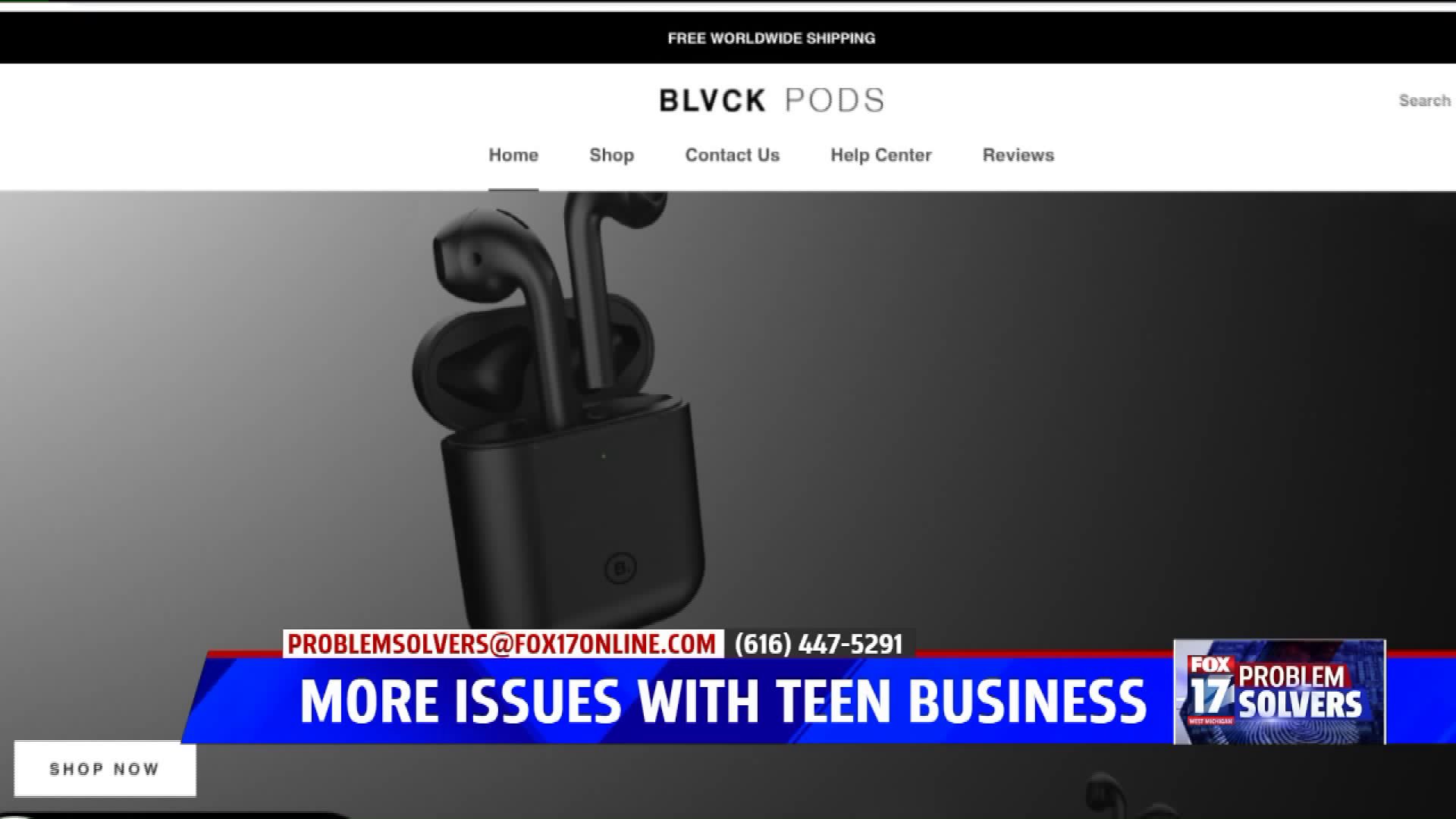 The New Jersey man told FOX 17, "I must have sent 20 emails and they sent four back, none of which actually gave me information."

Shatz said he made his order April 26 and now the website is down.

"Everything is just filled with comments of people saying 'where's my order?'" he said.

Shatz said, "I came upon your original video for your original story on that, and at that point it was like, 'Oh this is a real thing. It's not just some people have had some problems.'"

In the story from May 31, FOX 17 questioned Angel Gonzalez who said his teenage son and another teen run the company.

His son, Isaiah, told FOX 17 by phone that he and his business partner got behind on shipping the orders since the product is shipped from a third party in China.

They said they were behind after putting in nearly $200,000 worth of orders.

Gonzalez said they stopped accepting new orders to focus on shipping those they already had. While it appears some customers have gotten their orders, complaints on the business's Facebook page claim the earbuds don’t always work.

Troy Baker with the Better Business Bureau said, "Since your initial story aired, we've received more than a dozen more complaints along the same route."

He said many consumers are unaware their products are being sent via a process called drop-shipping. With drop-shipping, a product is shipped from a third party and not directly from the seller. In this case, the products are coming from overseas and delivery could take months.

"A lot of websites will actually tell you that the product is going to come from China," Baker said. "If you look at their shipping policy, but you may have to go searching for it. Others that don't tell you that information you might have to go do a little more research and be a little more skeptical about."

Shatz said this experience has definitely made him more skeptical in his approach to online shopping.

"I'd say the most frustrating part is feeling like I'm being lied to," he said.

"My message to the owners is to just be honest with your customers. There's an issue with what you're providing. I'd rather have an unpleasant answer than a pleasant lie," Shatz said.

FOX 17 called and spoke with Angel Gonzalez who said he and his son are out of town. However, he said his son is making an effort and will likely be willing to do an interview when he returns.

A post on their Instagram page (dated June 14) said they are still dealing with the backlog and promises the business is not a scam.

Are you affected? Send an email to problemsolvers@fox17online.com and join our Facebook group.