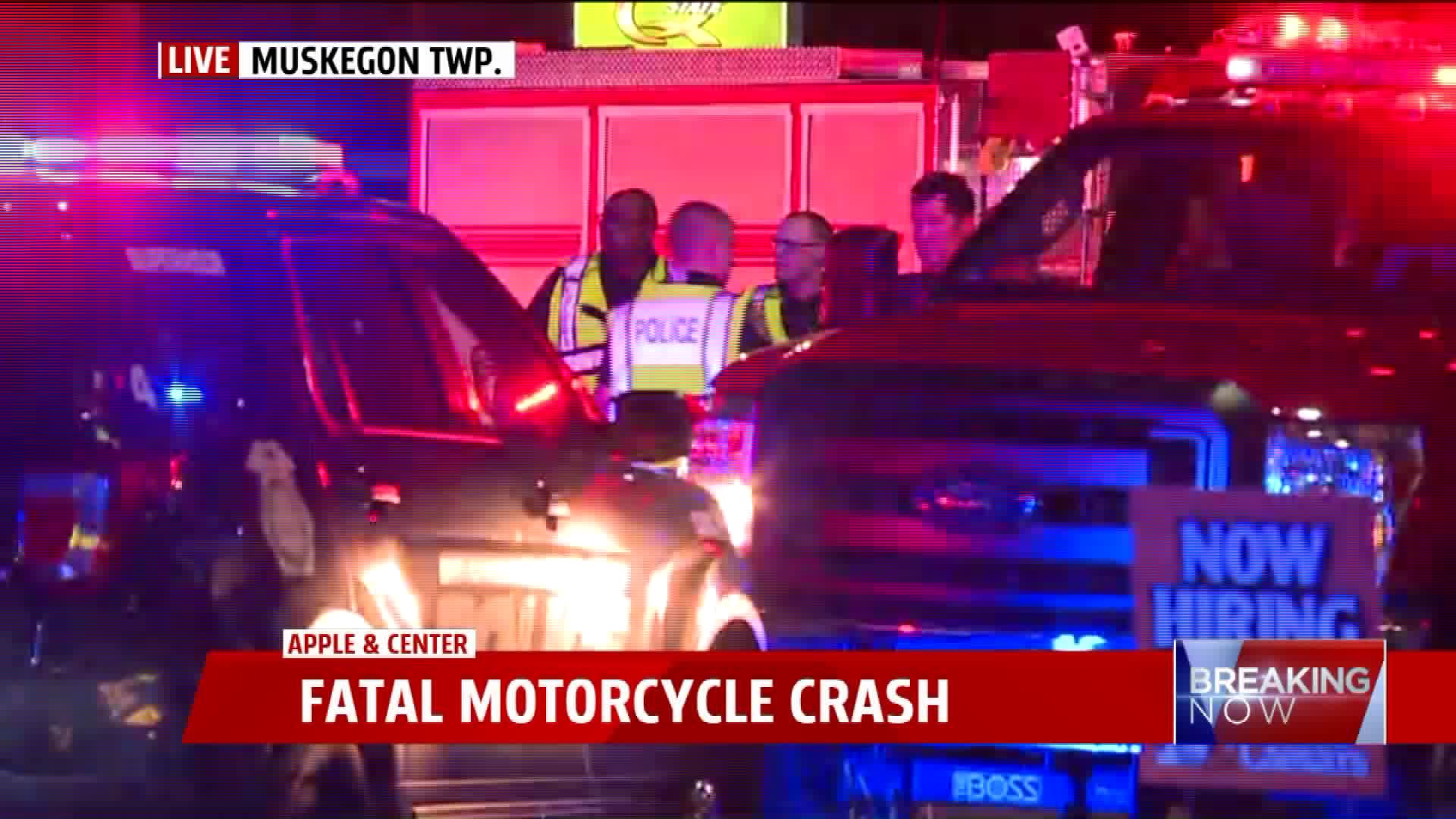 MUSKEGON TOWNSHIP, Mich. — Police are investigating the scene of a fatal crash involving a motorcycle Wednesday night in Muskegon County.

It happened around 8 p.m. near the intersection of E Apple Avenue and Center Street in Muskegon Township.

Police say a man was killed in the crash, but didn't specify how many vehicles were involved or if anyone else was hurt.

It is the second fatal crash involving a motorcycle this month. A man died July 1 after crashing head-on with a vehicle in the turn lane.

"It's nonstop, you hear sirens all day, they're coming from both ways," she said. "You never know what's going on, and obviously this is the second horrific accident we've had this month."