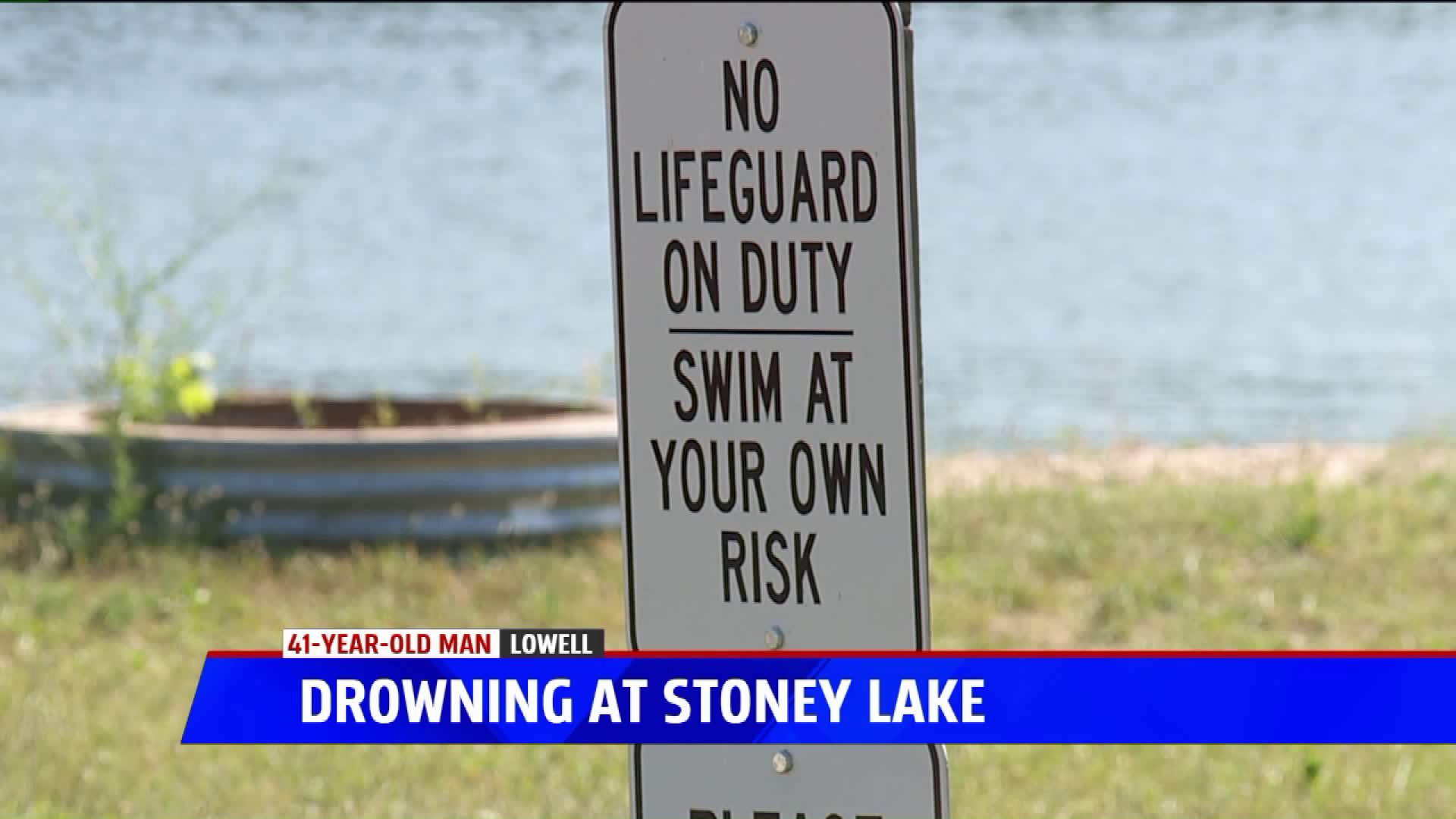 LOWELL, Mich. — A man drowned after going underwater while trying to swim to an island in a lake in Lowell.

It happened Thursday afternoon at Stoney Lake Park off of Bowes Street.

Police say a 41-year-old man was trying to swim out to an island and didn’t make it. He was underwater for about 20 minutes before being pulled out by the police chief and a couple citizens.

Emergency responders performed life-saving measures for about 45 minutes, but were unsuccessful.