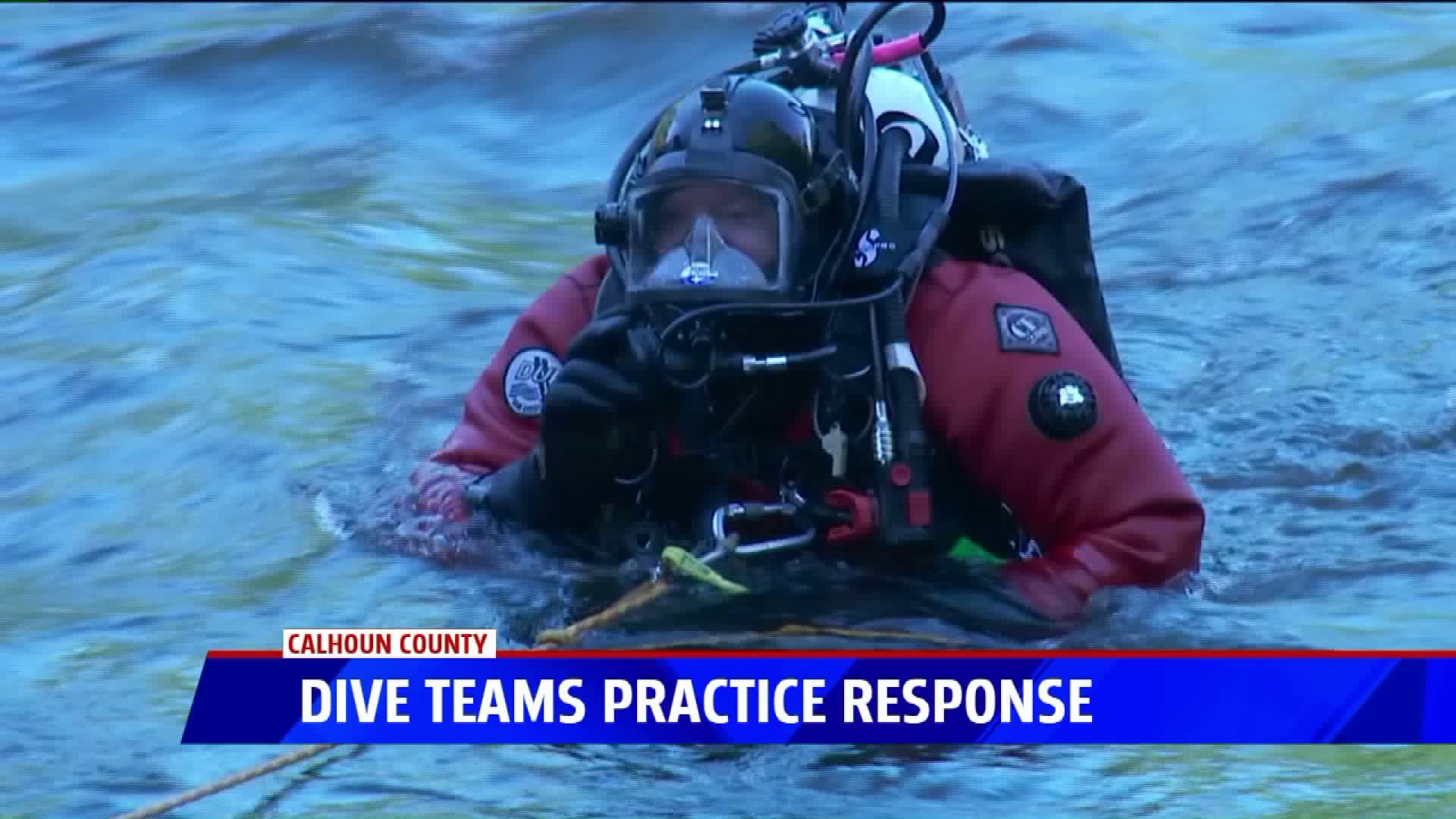 BATTLE CREEK, Mich. — In Van Buren County, there aren’t many bodies of water that move as quickly as the Kalamazoo River said deputy Trever Tate. The county’s dive team has retrieved property from under bridges and smaller rivers. But nothing’s ever come close to the Kalamazoo River.

“This specifically, learning to dive in the stronger currents of the river, working with other agencies, getting to know guys on other dive teams is very important for working together,” Deputy Tate said.

The Van Buren County Sheriff Office dive team joined five other counties from west Michigan to participate in a day-long dive training. Each agency was posted at one of six bridges along three-miles of the Kalamazoo River in Battle Creek and Springfield.

“As a diver we’re putting out into the water in the river today looking specifically for evidence for the role play that we’re doing with all the counties involved,” Deputy Tate said.

Calhoun County Emergency Manager Durk Dunham said he gave the teams a fake scenario to work under. He told them that a van carrying explosives crashed into the river and those items either sank or floated away. The teams were then instructed to work together to retrieve as many items as possible.

“There’s a lot of things we take into consideration when we do a big training like this with other counties: communications [and] who can dive in certain areas of water,” said Van Buren County Sheriff’s Office Dive Team Capt Nathan Penning. “So being able to come out here allows us to interact with that and get some training for that.”

Dunham said organizers tried to make the training as real as possible. The waters were high, the currents were strong and the Red Cross was nearby with snacks and drinks.

As fun as it all was, divers remained focused in the water they said.

“Once we hit that water we take it serious,” said Capt. Penning. “Safety is our highest priority and [we] make sure everybody is safe.”