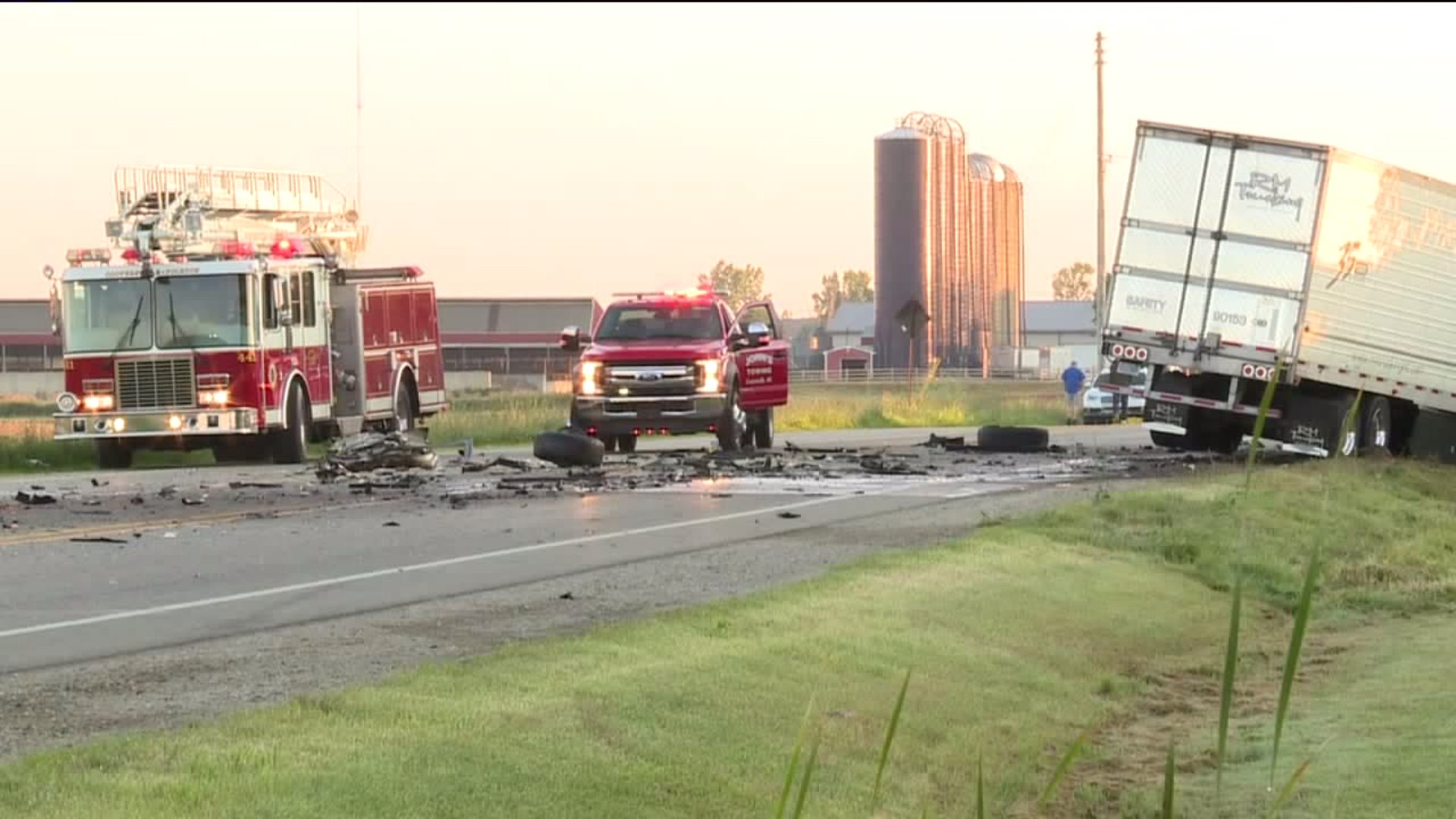 POLKTON TOWNSHIP, Mich. -- One person is dead after a crash in Ottawa County Friday morning.

The crash happened at the intersection of 68th Avenue and Garfield Street at about 4:30 a.m. between a pick-up truck and a semi-truck.

The Ottawa County Sheriff says that a 40-year-old Norton Shores man was driving south on 68th Avenue in the pick-up truck when he drove across the center line and hit a semi-truck heading north head-on. The man died at the scene. The truck driver was not injured.

The intersection was closed until about 10 a.m. Friday.