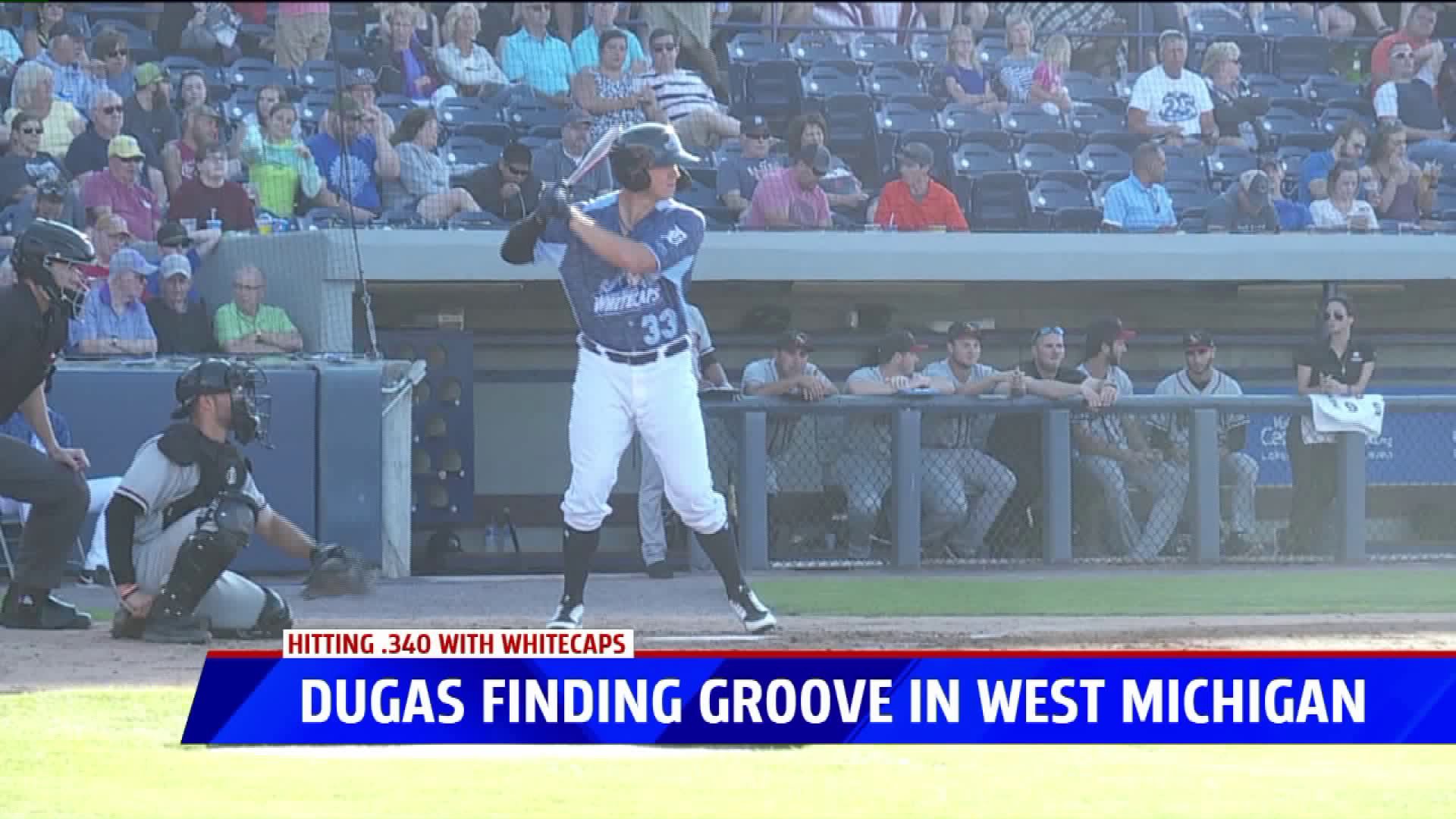 COMSTOCK PARK, Mich -- Dayton Dugas is back in West Michigan after spending just four days with the Whitecaps in May before being promoted to High-A Lakeland on May 20th. On July 1st, Dugas was sent back down to get more at-bats and get more consistent at the plate and so far, he has done both. In 13 games with the 'Caps, Dugas is hitting .340 with six doubles and eight RBI and also had a grand slam in a five RBI performance on Wednesday night.

"Moving him up to Lakeland, he didn't really get to play every day and it's very difficult for guys to go somewhere and play every third or fourth day," Whitecaps manager Lance Parrish said. "You know he just didn't put the numbers up [in Lakeland] but it was great when I found out he was coming back here because I knew I could play him a lot. He picked up right where he left off, he just needed a game or two to get his timing back and he's done that, he's been swinging the bat really well."