From barely racing to the top of the points, meet Hudsonville’s Nate Walton 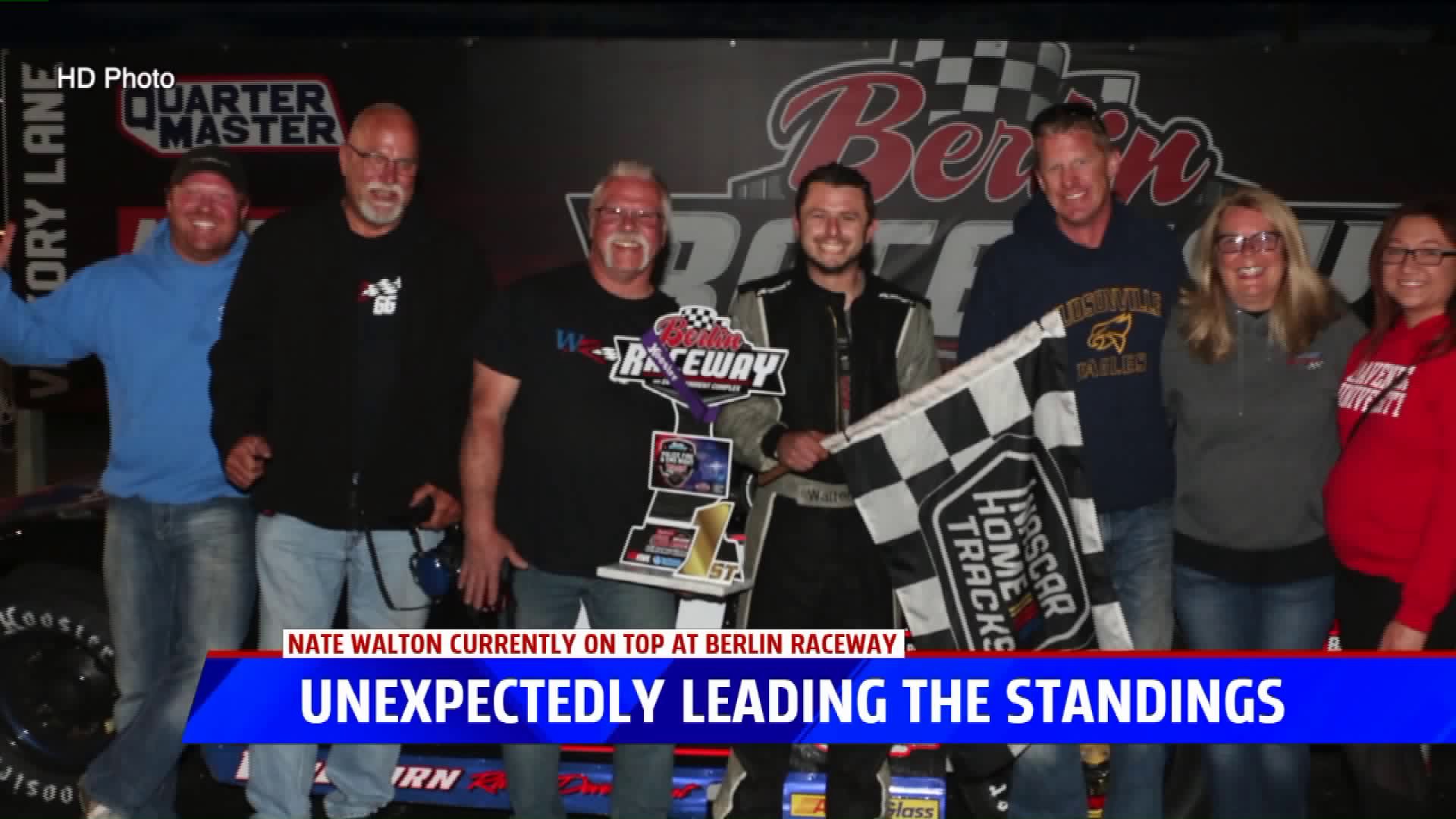 MARNE, Mich -- Nate Walton of Hudsonville has been around racing almost his entire life, beginning in go-karts at age nine. As a teenager, Walton was going to head to head with some of the best at Berlin Raceway.

"I was 17 when I started in Superstocks at Berlin," Walton laughed.

"Since 2014, Walton has been racing super late models, Berlin's top division and so far this summer, he's atop the standings, something he didn't expect.

"We started off the season and were only going to run a limited amount of races," he said, "we were a little underfunded so maybe six races."

However, after running the first two races of the season, Walton realized they couldn't give it up that easily.

We came out the next week and by then we were leading the points so we couldn't just give them the points lead, you know, I can't just walk away from it," he added.

A key to not only this season but the past 20 years of racing for Walton has been his father, Gary.

"He's been there since day one," Nate laughed while glancing at his father.

During a typical week, Gary and Nate can be found in the barn working on the car and spending time together.

"I'll bet you we're together working on the car two or three nights a week at the minimum," Gary said.

Like any father and son combination, the Waltons admit they can get on each others nerves but at the end of the day, racing is a way they bond.

"We like to fist fight a lot, no I'm just joking," Nate laughed, "it's really good, we work well together, we butt heads at times but you get that."

"We have a ball most of the time, we do," Gary smiled, "you have to think it's father and son, you know?"

Like many other drivers, Walton has a 40-hour a week job on top of racing, which means he has to find time to work on the car as well.

"You get those nights where you wreck at the track, get out of work at five, come home, try to get something to eat a minute, then work until midnight or two in the morning depending how bad it is. Then you get up for work the next morning, all week long," Nate mentioned.

Being on top of the standings at this point of the season may be a surprise for the Walton's but they're barely thinking about it, just focusing on having fun each week.

"As much as we'd like to win the points, don't get me wrong for our sponsors, we'd love to see it for them, the reality is we're day by day and race by race," Gary said.

Nate says he shared the dream of many other drivers, with the goal of making it into NASCAR but now, he's content racing right here in West Michigan.

"Now there are eighteen-year olds racing in NASCAR," Nate laughed, "I'm 29 now, going to be 30 in November but right now we're just having fun doing this so if we can stick with doing this, I'm happy."