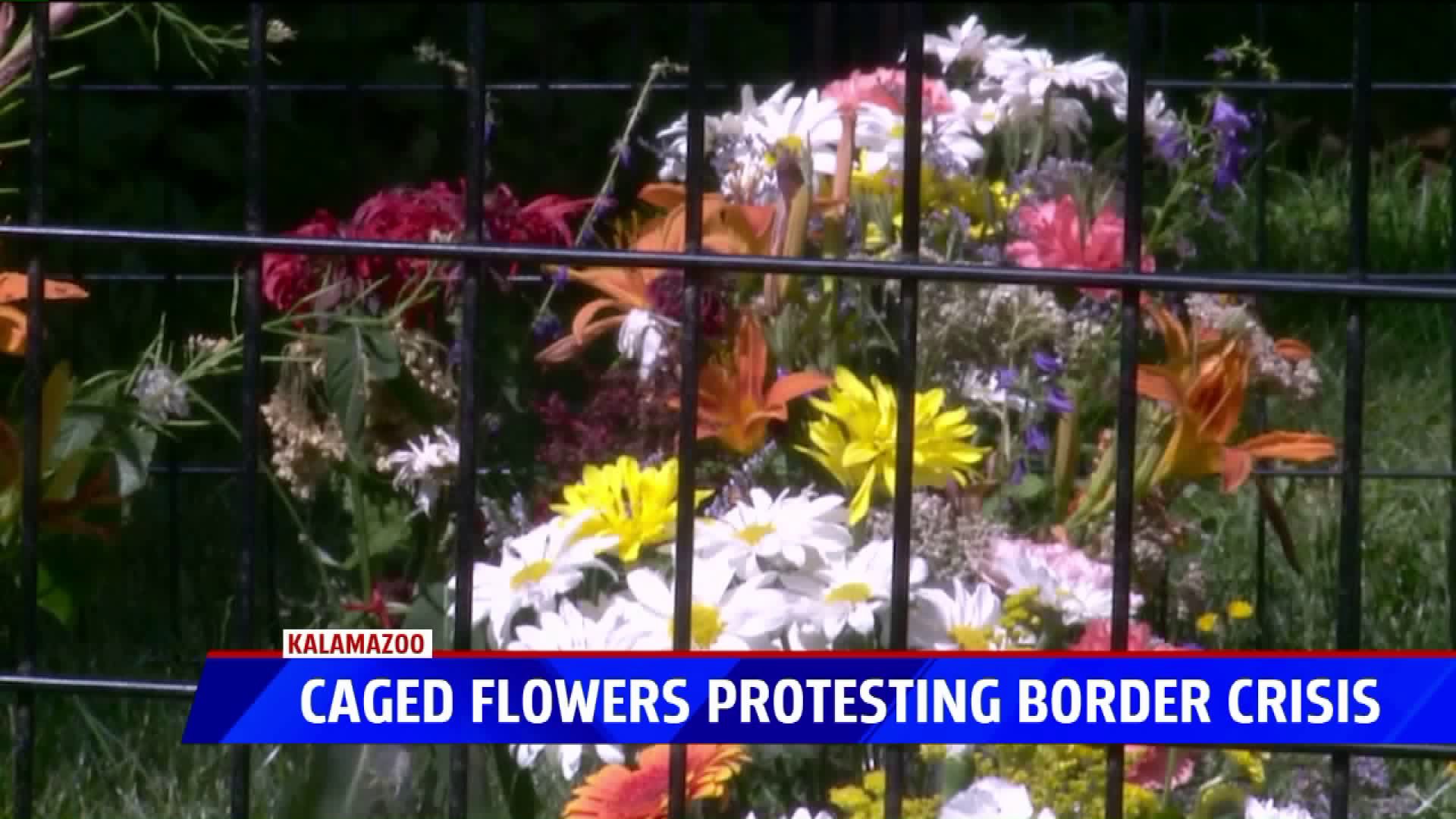 KALAMAZOO, Mich. — When Rev. Nathan Dannison learned that children were being locked in cages at the southern border, it made him “sick to his stomach" he said.

“I know that these kids are not allowed to hug each other,” said Dannison, who’s the senior pastor at the First Congregational Church and a father of two small children. "They have been away from their parents for weeks.”

When his congregation learned about the conditions and the alleged abuses going on there, they were heartbroken too. Many people believed it was just adults being detained. However when they saw that it was children, “there was a lot of pain.”

So they decided to take action. He’d seen other churches throughout the country put the Holy Family or teddy bears in cages on their front lawns. He decided to do the same with flowers."

"We don’t take care of the flowers," Dannison said. "Once they go into the cage,  they’re left exposed to the elements. They wilt and it’s a symbol of what's happening to these kids. And hopefully it inspires a sense of urgency because every day that passes these kids are getting sicker."

The display has been up since Thursday July 4 when the City of Kalamazoo gave them permission to create it in Bronson Park.

Dannison said he began with 15 bouquets. It’s since grown to dozens.

“People have been bringing flowers and prayers,” he said. “They’ve been coming here to pray and to ask for forgiveness and to express their grief.”

Dannison said he hopes when passersby look at the display they connect with its message.

So far, it's worked. People have added flowers to the display and have even  expressed wanting to house some of the children through Bethany Christian Services. However, they can't because of the circumstances. So they come to the display instead.

“This is away for people to sort of symbolize their grief, same as you would a cemetery or some other place,” Dannison said. “But its part of action. It’s part of action that we’re taking to try to get these kids out of those camps."

Dannison said that's the main goal. The congregation has been writing letters to the children that they hope to one day give to them. In the meantime, he hopes that people will join them for the Lights for Liberty rally to call attention to the crisis.