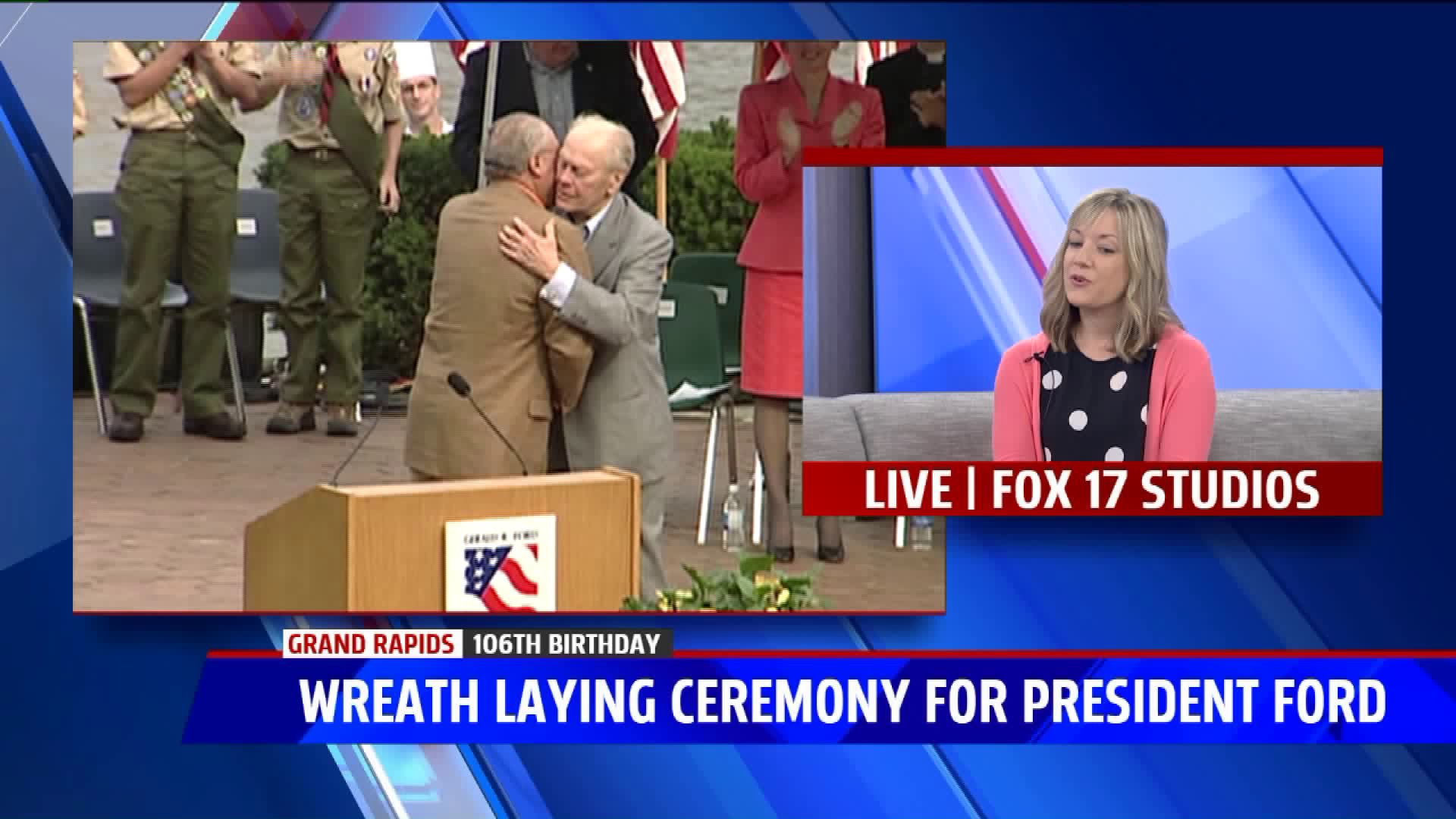 To celebrate, there will be a wreath laying ceremony at 8:30 a.m., Sunday, July 14 at the tomb of the 38th President and former First Lady Betty Ford on the grounds of the Gerald R. Ford Presidential Museum.

In addition to presentation of the presidential wreath on behalf of President Donald J. Trump, the ceremony will include wreaths presented by the Ford family, crewmembers from USS Gerald R. Ford (CVN 78), and invited representatives of local law enforcement. Members of the Ford family and other guests will offer remarks and place wreaths and floral tributes at the base of the tomb. During the ceremony, there will be a 38-Second Silent Tribute, followed by a rendering of “Echo Taps”.