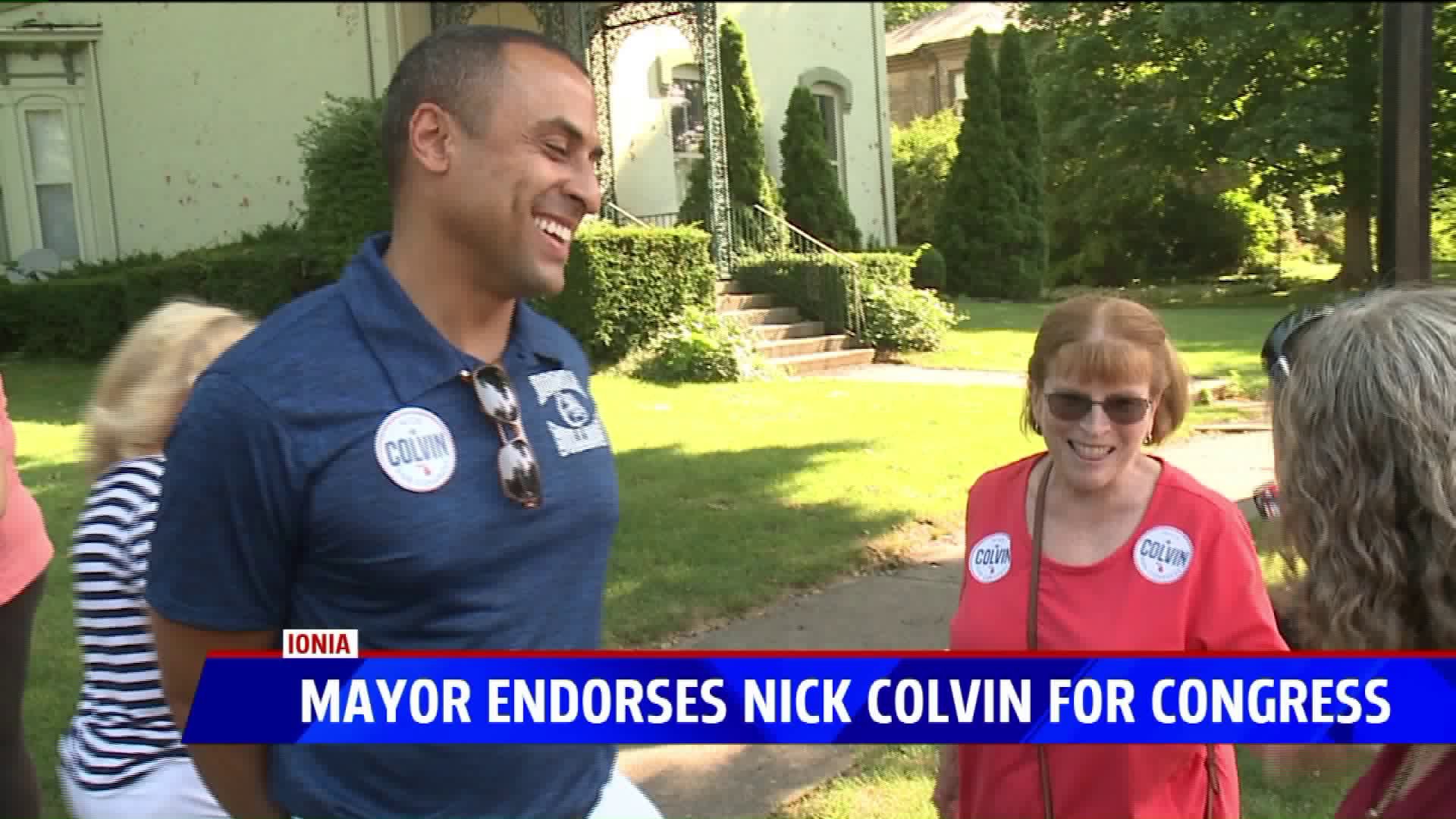 IONIA, Mich.— In a congressional race with nine candidates and counting, the mayor of Ionia is throwing his support behind the man who worked as a personal aide to former President Barack Obama.

Nick Colvin (D) entered the race for Michigan's 3rd District less than a month ago, but has known Mayor Daniel Balice since he was in high school.

“It’s exciting. I mean this is the place I grew up," Colvin said. "This is the place that raised me and that I learned the values of hard work. I went to a one-room schoolhouse out on the dirt roads of Ionia and it really made me into who I am. I was raised by a single mother in this town and it was really the community that turned me into who I am.”

"I think he’s an outstanding candidate," Balice said. "A wonderful public servant, a very bright person, from my perspective a shining example of what Ionia and mid-Michigan can produce if they are willing to work.”

Michigan's 3rd District has been represented by a Republican since 1992. That is, until incumbent Rep. Justin Amash (I-Grand Rapids) declared his departure from the Republican party on July 4.

Balice, also a Democrat, says he believes Colvin can appeal to non-Democratic voters looking for change in Washington.

"There’s a tide now, a feeling that things are headed terribly in the wrong direction," Balice said. "There is acrimony everywhere. Nothing’s getting done and I think that Nick could be part of a group of people that could perhaps work across the aisle a little bit better than we’re doing right now.”

Also running for the Democratic nomination in this district are Doug Booth and Hillary Scholten, an immigration attorney who served in the U.S. Justice Department under the Obama administration.