Inside Adam Berghorst’s decision to enroll at Michigan State 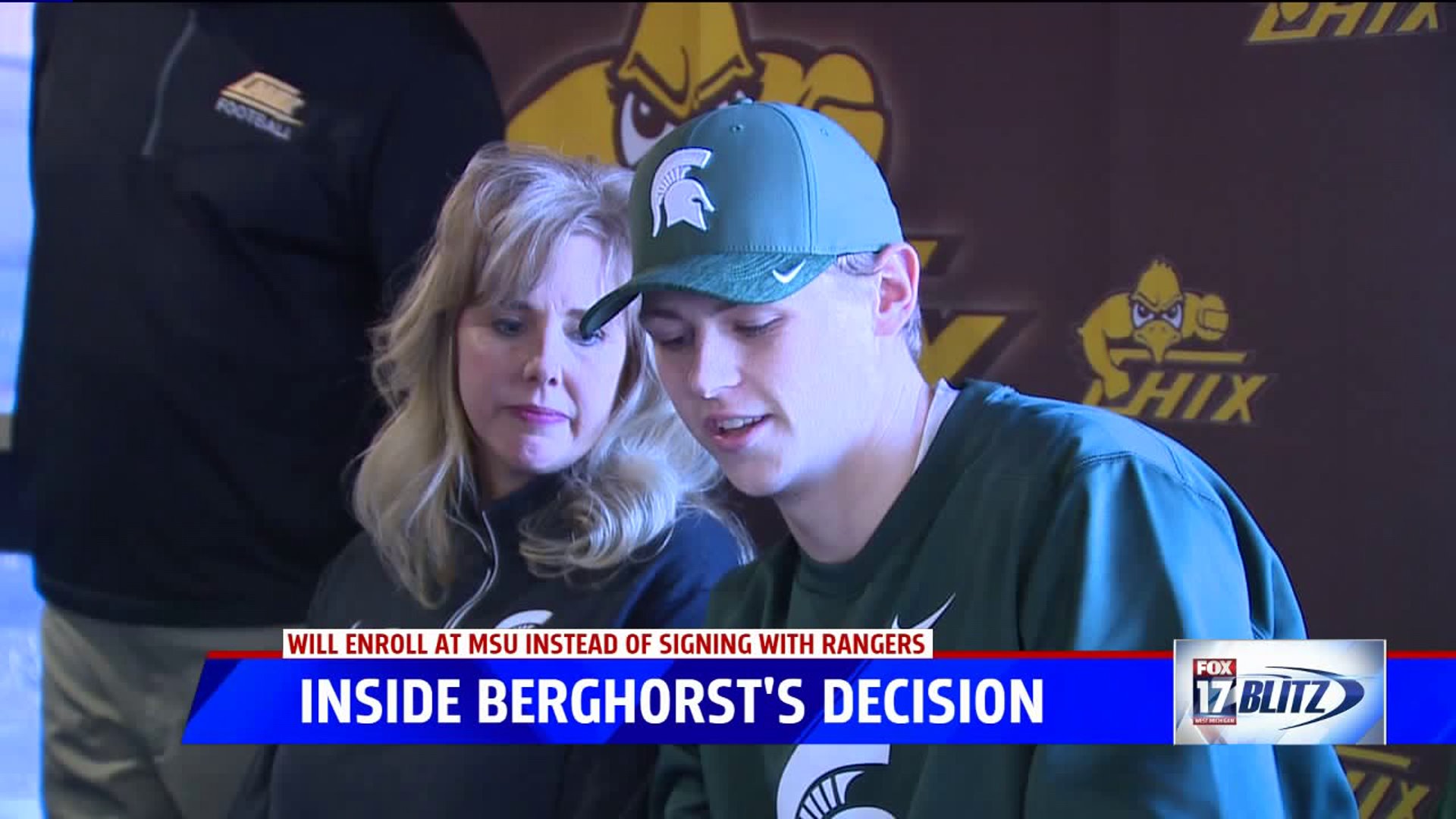 ZEELAND, Mich -- It certainly was not an easy decision for Zeeland East graduate Adam Berghorst. After being selected in the 14th round of the 2019 MLB Draft by the Texas Rangers, he could choose between signing into the Rangers system or enrolling at Michigan State, where he signed to play both football and baseball.

"Honestly, until the last day, I was totally 50-50," Berghorst said on the stress. "I try not to let people sway me at all even though every person gave their view point," he laughed.

Berghorst has chosen to pass on his dream of pitching in professional baseball, at least for now as he's already moved into his dorm in East Lansing. Thinking back on the entire process has been a whirlwind for him.

"The biggest takeaway is I was really blessed to be in this situation," Berghorst added, "but it was super stressful, and it really motivates me that I didn't go high enough."

The now-Spartan knows it won't be easy to play both sports at Michigan State but he's ready to get to work.

"I'll work hard at Michigan State to go higher, my goals are to see some time in three years at football, I don't know how much but hopefully get bigger and stronger. Then in baseball, I want to be a starting pitcher and hopefully be on top of the Big Ten and be in this same situation but with more teams."