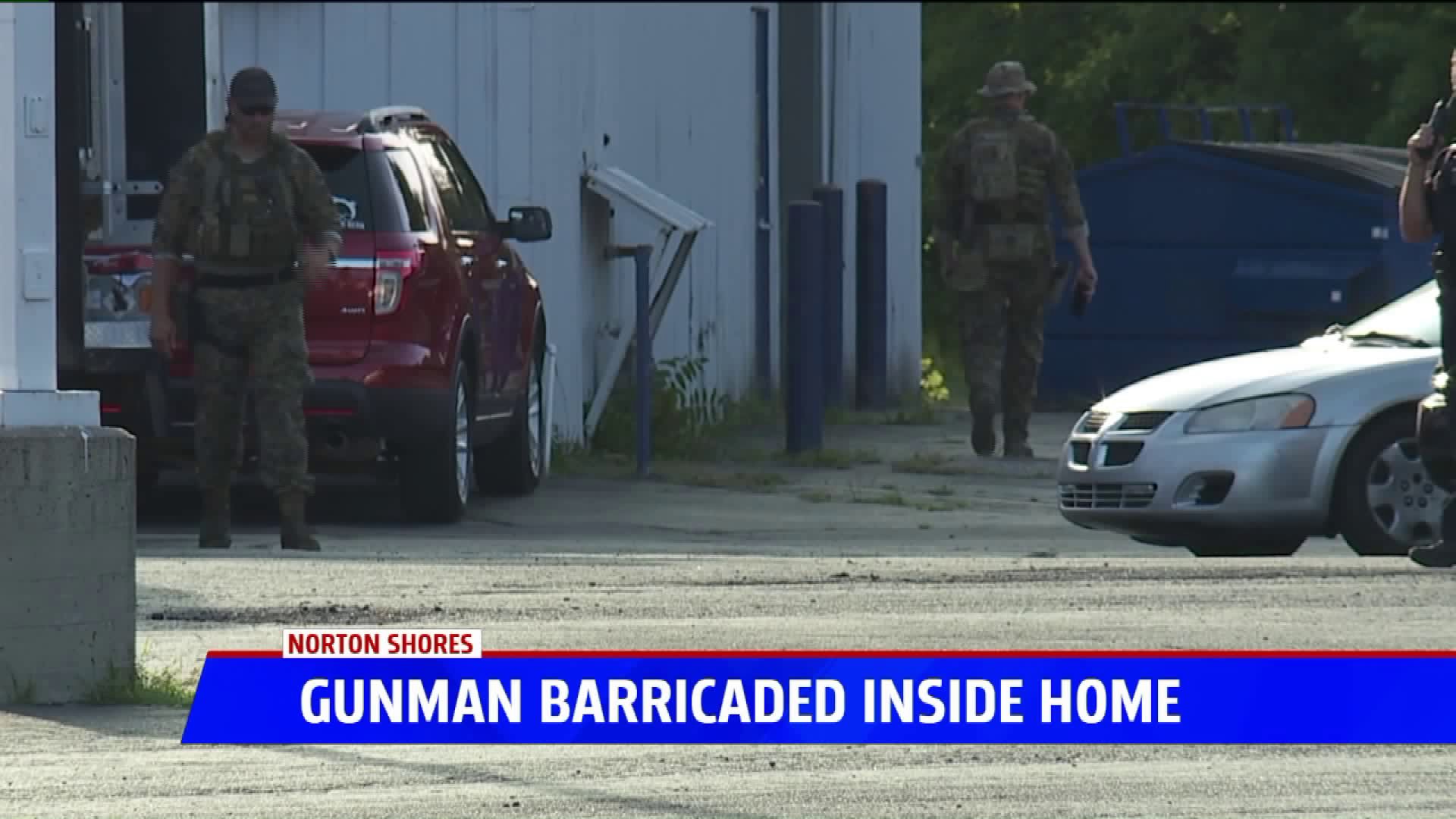 UPDATE:  FOX 17's Aaron Parseghian reports from the scene that the suspect came out of the house and surrendered around 11 p.m. Saturday - after a nearly 10-hour standoff.  There were no injuries. The location was near S. Getty Street and Airline Road in Norton Shores, near the Muskegon Heights border.

NORTON SHORES, Mich. -- A man with multiple felony warrants has barricaded himself into a home on Hawley Street. Police arrived shortly before 1:30 p.m. Saturday after family members called for help.

Norton Shores Police Chief Jon Gale told FOX 17 they were able to evacuate the family safely and have since been negotiating with the man to surrender. Gale said the family knew the man; the home was not chosen at random.

A police perimeter has been set up and people are being asked to avoid the area.