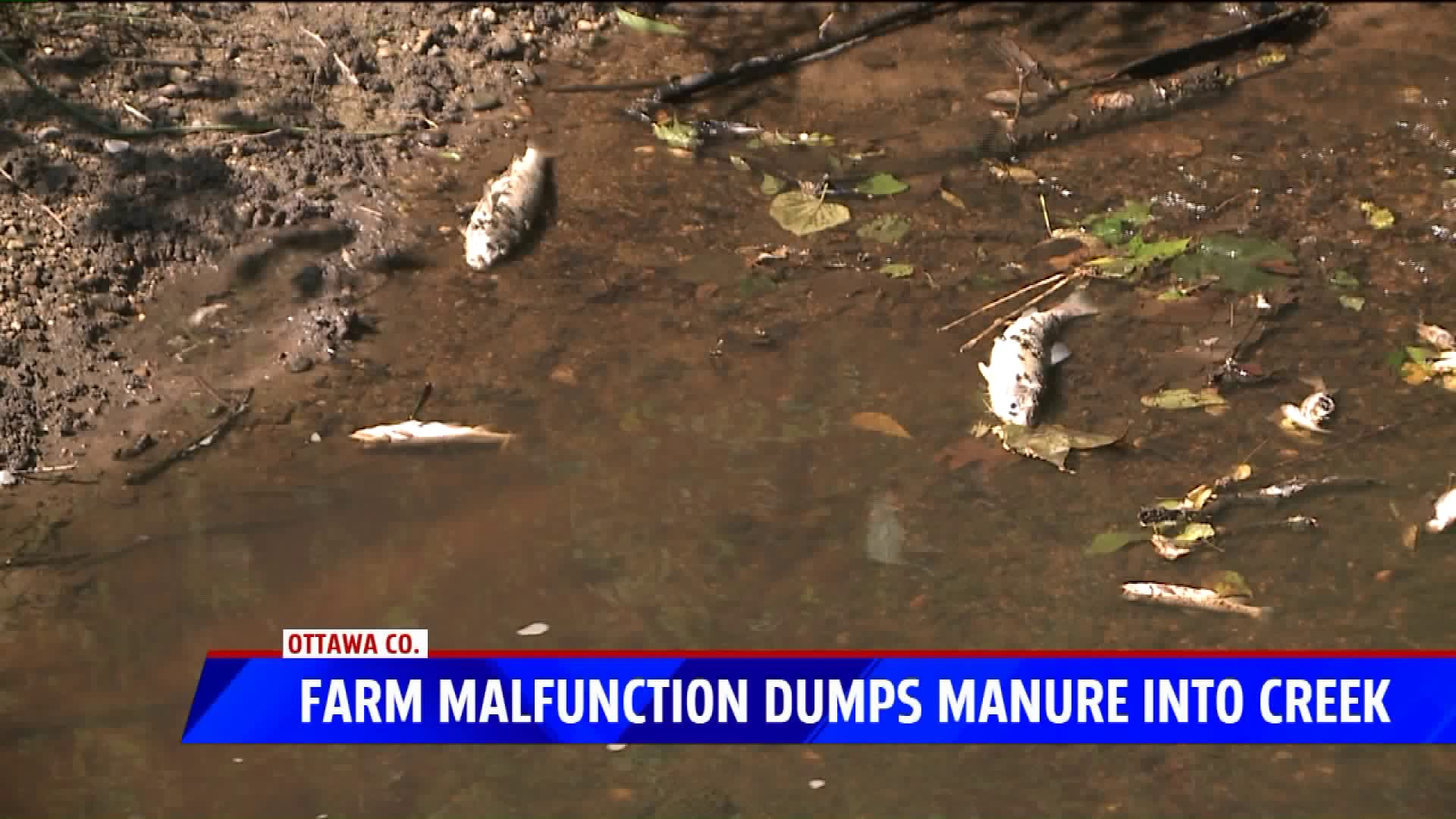 RAVENNA, Mich. -- Officials are asking people to stay out of Crockery Creek for the time being after manure spill from a local farm.

Jill Greenberg of the Michigan Department of Environment, Great Lakes, and Energy - or EGLE - (Formerly the MDEQ) told FOX 17 the spill occurred in Chester Township, about five miles outside of  Ravenna. The state the first call came in  late Thursday, near 16th Avenue and Peters Road.

"Witnesses are reporting the creek is black," Greenberg said.

When officials initially went to investigate, she said they couldn't find the source.

"Saturday we received several calls, and there were reports of dead fish," she recalled.

Greenberg said one of those calls came in from Van Oefflen Farm Services.

"They called EGLE and said they had a malfunction in their irrigation system and that a seal broke which resulted in some manure spilling into the creek," Greenberg explained.

Several fish have been found dead in the area and signs are posted along the creek telling everyone to avoid swimming and fishing until the all-clear is given.

According to EGLE, Van Oefflen Farm Services shut down the irrigation system on Saturday and poured clean water into the creek to try and dilute the manure.

"EGLE continues to investigate the incident and reviewing the case for possible enforcement actions," she said.

An employee from Van Oefflen Farm Services offered no comment. He only said there was a mechanical failure, and the actions the business is currently taking are being advised by EGLE.