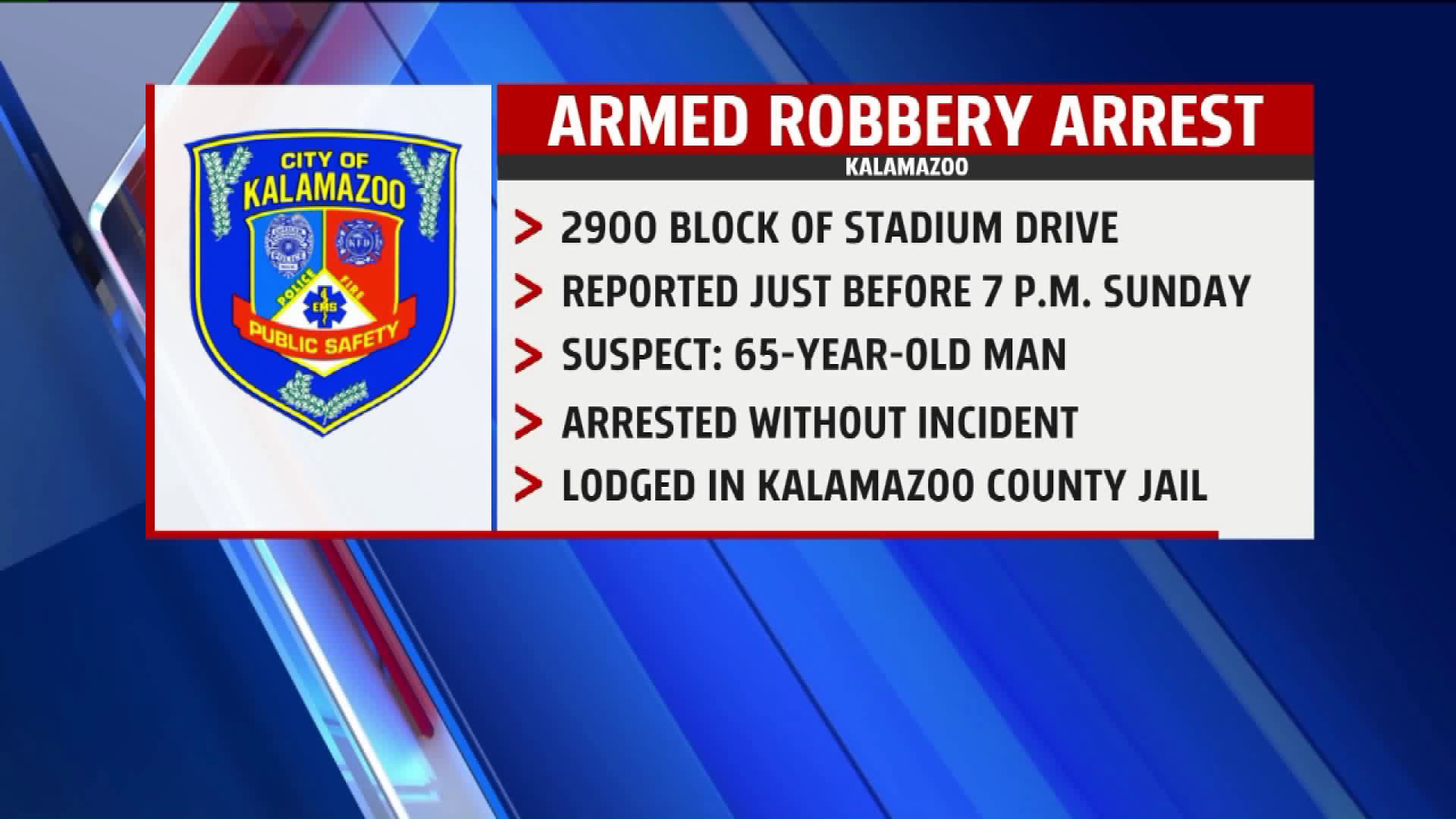 KALAMAZOO -- A 65-year-old man is behind bars after the quick response by police following an armed robbery at a business in Kalamazoo.

Police responded to a business in the 2900 block of Stadium Drive just before 7 p.m. Sunday after employees reported being threatened by a man with a handgun. The suspect proceeded to grab money from the register, and then fled the area on foot.

Upon reviewing security camera footage, officers were able to identify the suspect as a Kalamazoo resident.

A K-9 unit was called into action, but it proved to be unnecessary, as an officer happened to be parked directly in front of the suspect's nearby residence. When the man stepped out onto his front lawn, the officer took him into custody without incident.

Police located the weapon used in the robbery -- a realistic Airsoft replica handgun -- nearby, and recovered the stolen money.

The suspect was lodged at the Kalamazoo County Jail.