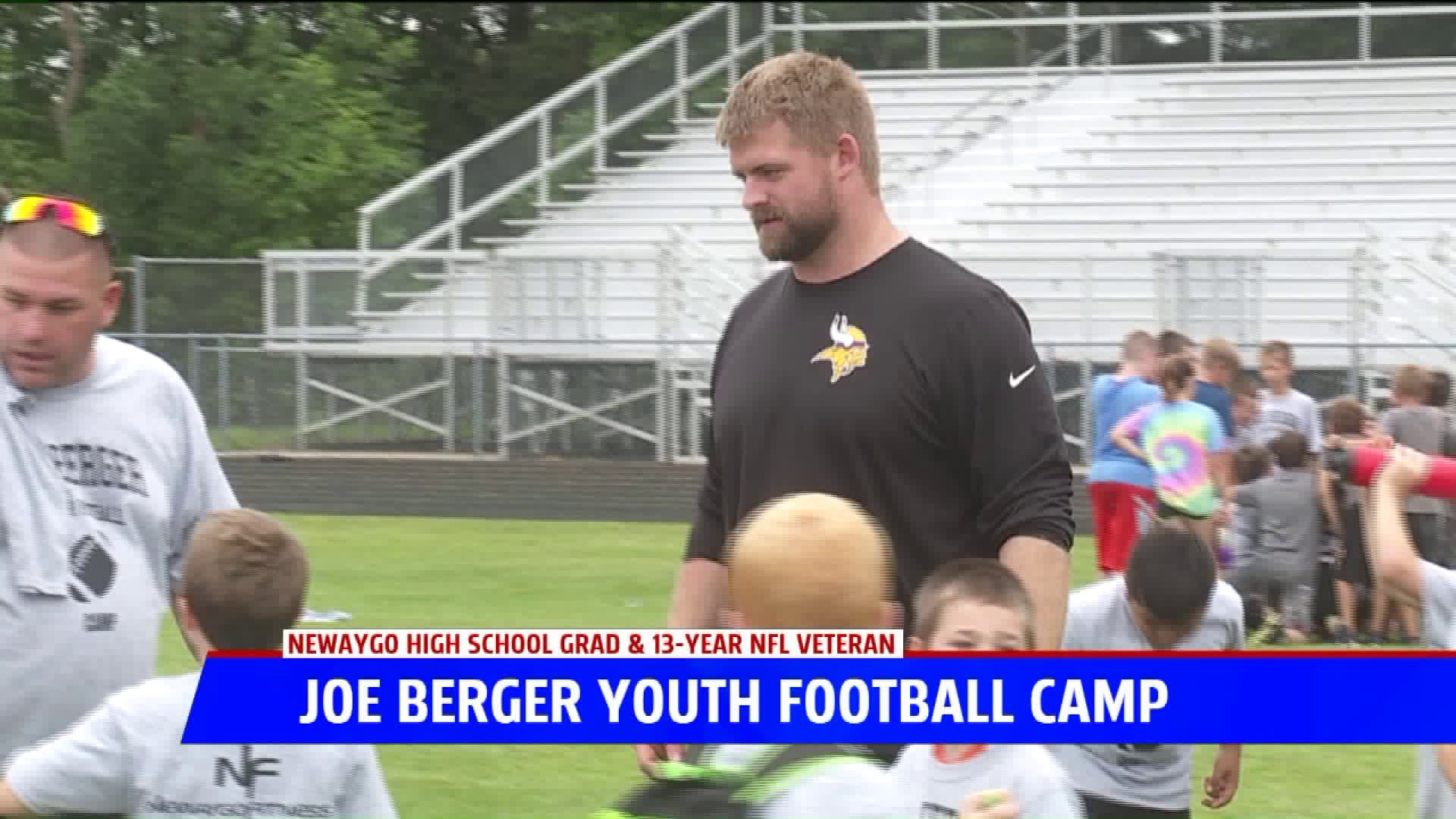 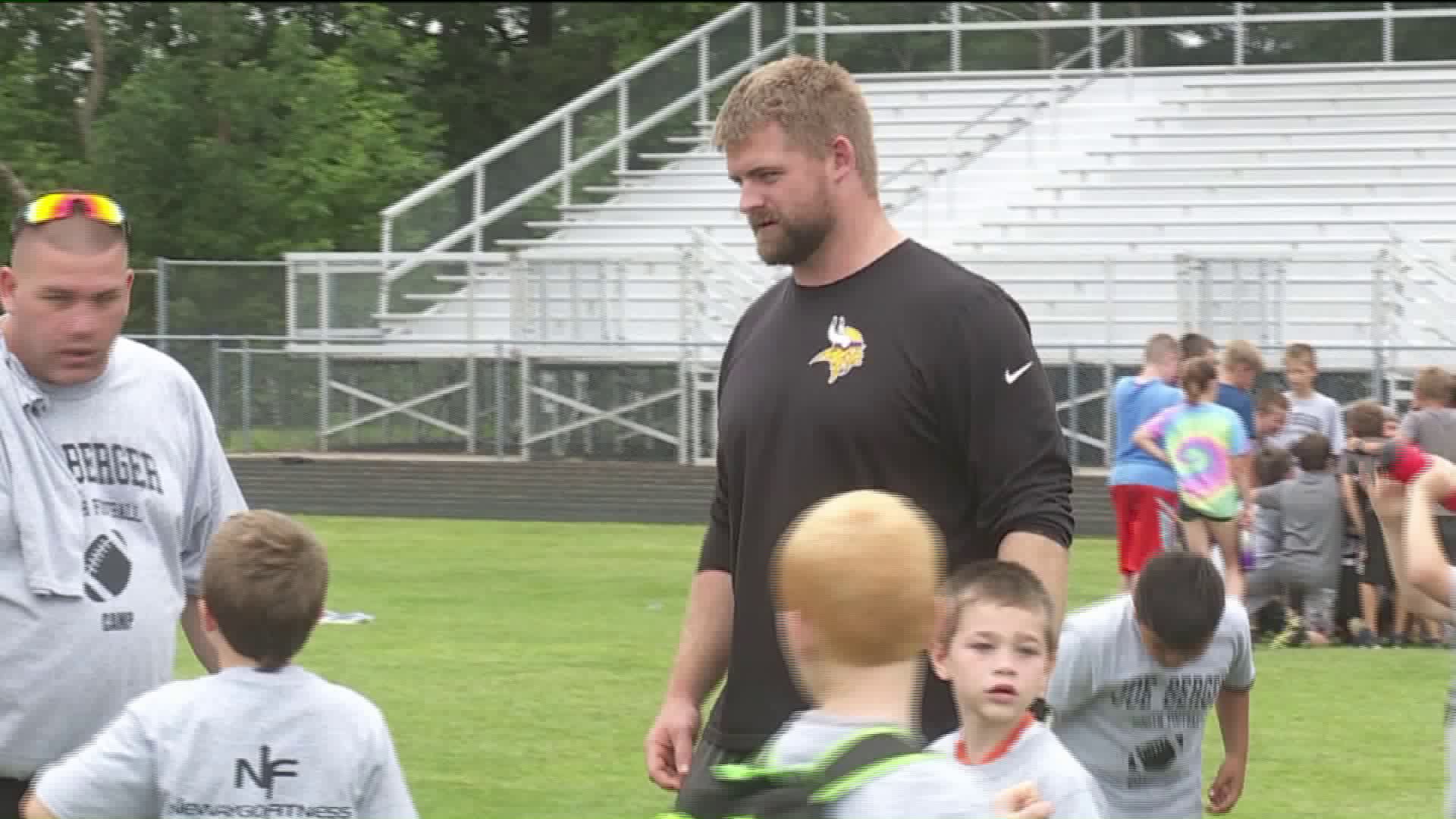 NEWAYGO, Mich -- It takes a village to raise a child.

"We had all different kinds of people that these kids will look up to and good role models for them," Joe Berger said.

Nearly 200 kids came out for Berger's annual youth football camp on Tuesday. Berger is a Newaygo High School graduate who went on to have a successful 13-year NFL career. Tuesday's camp was not only a big deal to Berger but the entire Newaygo community.

"There's a lot of people that have taken the day off of work and get some things done and it's good to give back," Newaygo head football coach, Scott Van Essen said.

"It's a good time to get the kids out of the house," added Berger, "have some fun time together, meet some people in the area and community who are good role models."

The event of course wouldn't be possible without the help of sponsors and volunteers, including Newaygo varsity football players and the entire coaching staff.

"We try to be our best to help the community out because they help us during our games," Lions senior running back David Gonzalez mentioned, "we have sponsors to play football and everything."

"He's never talking about himself," sponsor Caleb Conklin of Newaygo Fitness Club said about Berger, "it's about the community and what he can do. That's exactly what we need, we need those leaders to step up exactly like Joe is doing and then people rally behind him."

I think it speaks volumes," fellow sponsor Scott Swinehart of Edward Jones said, "because that's what this community is, we come together during times of crisis and need or times of fun events and bringing businesses. We work together, that's what Newaygo is all about."

The camp was once a huge success, the kids were active and having fun, which at the end of the day, is what it's all about.

"My favorite part is watching how to learn football and playing with my friends and learning new stuff," added seven-year old Mason Andres.

"It's cool, it's fun and it's a good experience to have," ten-year old Brock Wismar said.

Berger is just one example of someone who made it to the big time out of a small town and is now giving back in a big way.