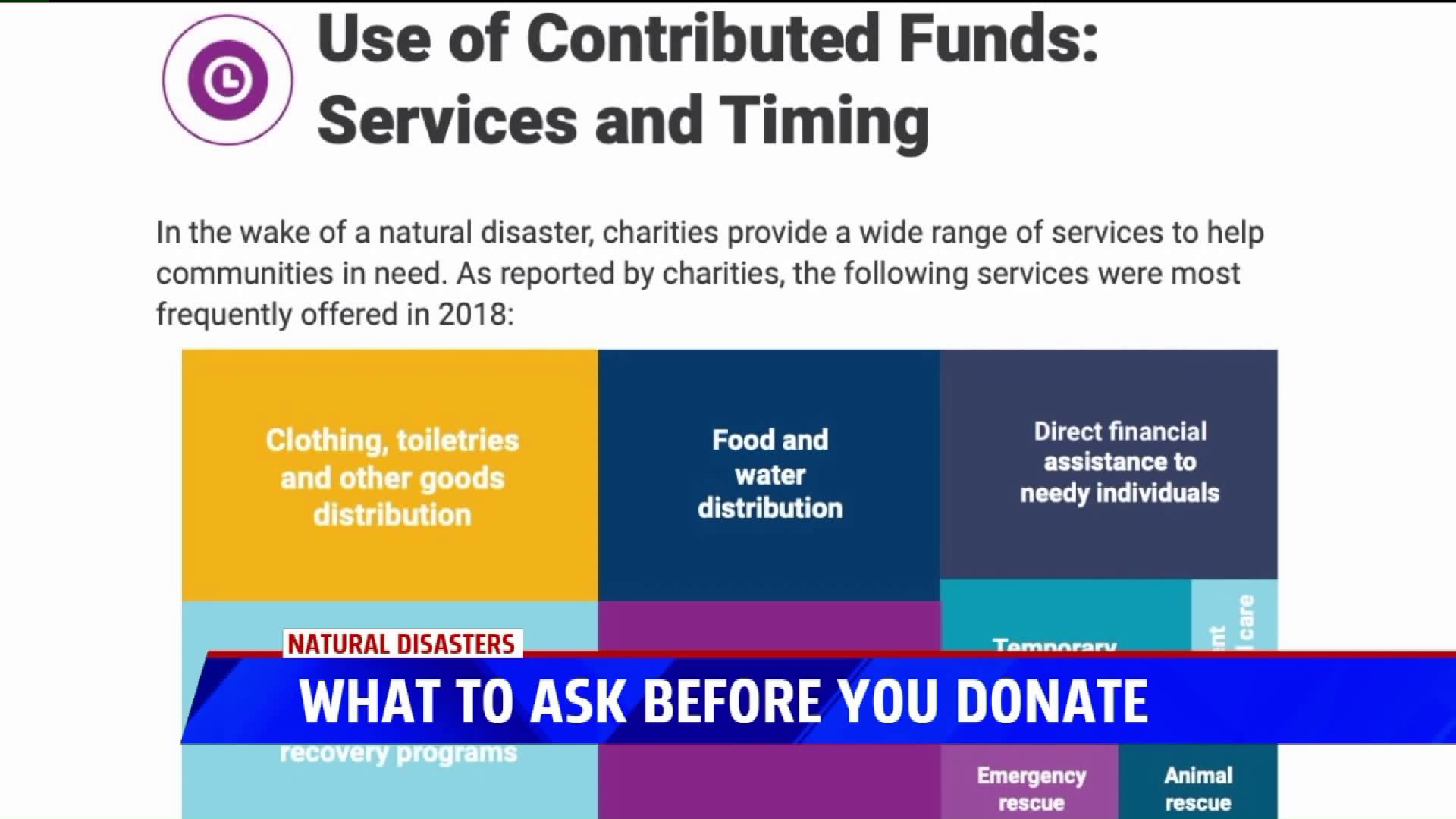 WEST MICHIGAN -- The Better Business Bureau says West Michigan is a very giving community, especially when disaster strikes. But before you're compelled to write a check or transfer funds, the BBB raises a key question.

Shelbee Axsom-Anderson, the BBB's educational foundation co-manager stated, "Do you know where your money is going?"

The BBB Wise Giving Alliance surveyed 2,100 donors nationwide on their mindset when it comes to giving and expectations. Even when dealing with legitimate organizations, the survey results show some people are simply unaware of how their dollars are being put to use.

Results show only just over half are actually looking to know where their money is going.

"Because there's been so many natural disasters in the last few years, there's obviously been a lot of fundraising," Axsom-Anderson said.

"It's really important to know what is important to you and that it's OK to ask questions. If any organization is a legitimate charity that are actually doing what they say they're doing, they are more than happy to answer any questions," Axsom-Anderson explained.

The BBB says nearly half of charity donors gave to disaster relief causes in the past year. The organization is also doing a similar survey for 68 national and regional charities with the goal of helping donors and charities understand each other.

The survey also found that celebrities and news media influence which charities get the donations through the exposure and perceived credibility.