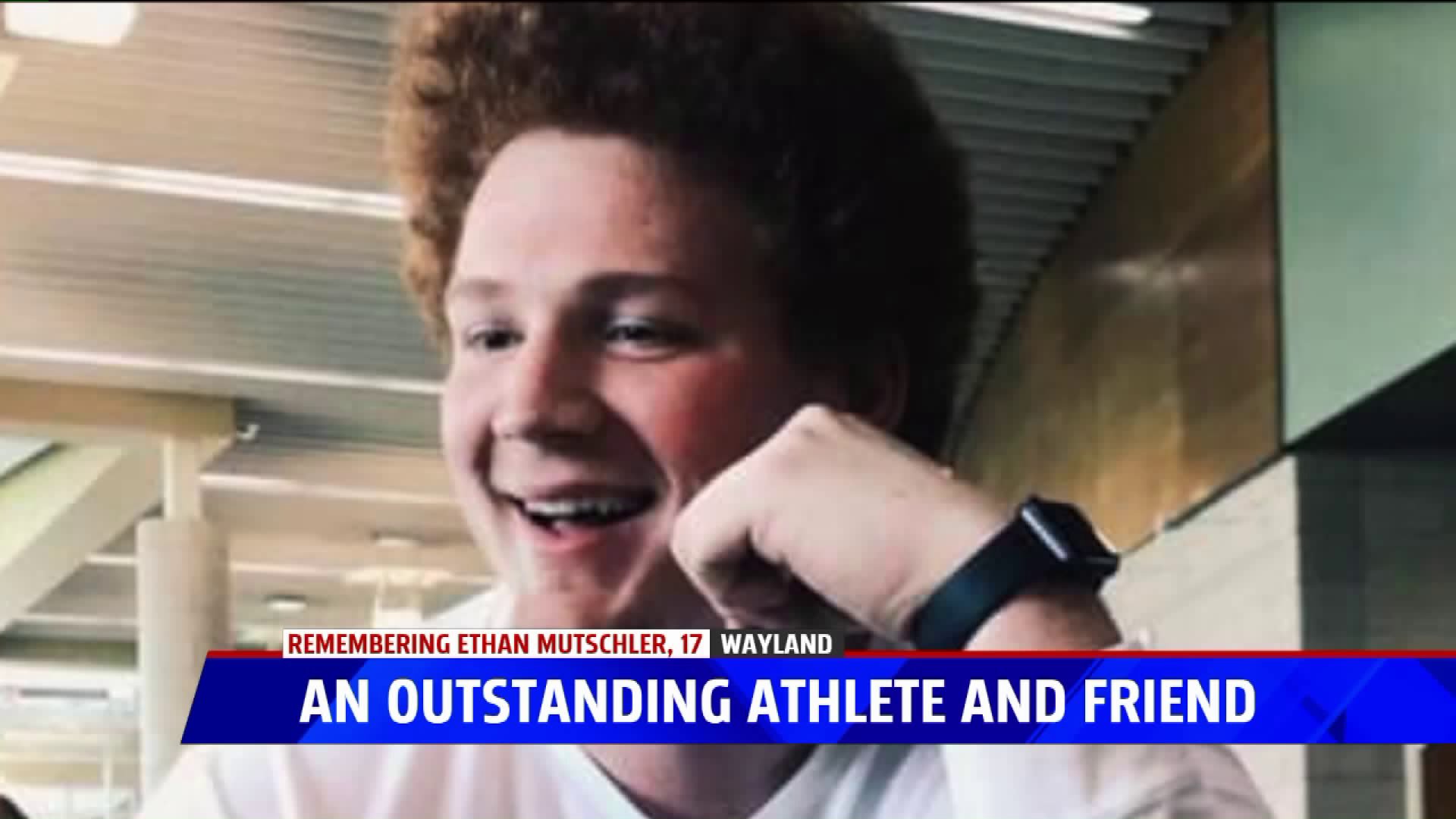 WAYLAND, Mich. — The Wayland community is mourning the loss of a standout athlete and friend after he was killed in a crash last weekend.

Ethan Mutschler was killed Friday night in a crash at the intersection of Wilson Avenue and 92nd Street in Byron Township.

The 17-year-old was going into his senior year at Wayland Union High School, where his friends and football coach say the hallways will be empty without him.

Football coach Mike Doupe said Mutschler was a force and a leader on the field.

“He was a rock on our line force. He was one of those kids that would come to you between series and say ‘Coach, run behind me,” Doupe said.

He coached Mutschler since his freshman year when he made the varsity team.

“He was the type of kid that others just gravitated to. And so many people that called themselves his friend,” Doupe said.

Two of his closest friends remember him as someone who helped them in times of need and spread happiness.

“He always made me feel good and had a smile on my face. He was just — he guided me through hard times and stuff,” John Toman said.

On the field, Mutschler was a leader who made connections wit his teammates.

“Ethan and I have always had a special connection, especially on the field. We were both leaders in our grade and like, on the offensive line,” Connor Henney said. “And we were leaders together so we leaned on each other.”

Everyone noticed Mutschler between classes with his signature red hair that earned him the nickname “Big Red.”

“Honestly, I can’t say enough about the kids’ energy and the vibe that he just gave off,” Henney said. “I would walk out of my class. Like I would walk out of class and the first thing that I saw sticking up was just Ethan. We would just watch him down the hallway.

With his large stature, Mutschler made a big mark on everyone whose life he touched.

“Every kid that knew him — every time they saw him, they always smiled because he just made everybody feel happy and they liked to see him and stuff. He was very friendly to everybody,” Toman said.

A vigil is being held at 9 p.m. Friday at Wayland Union High School. Funeral services are scheduled for this weekend.