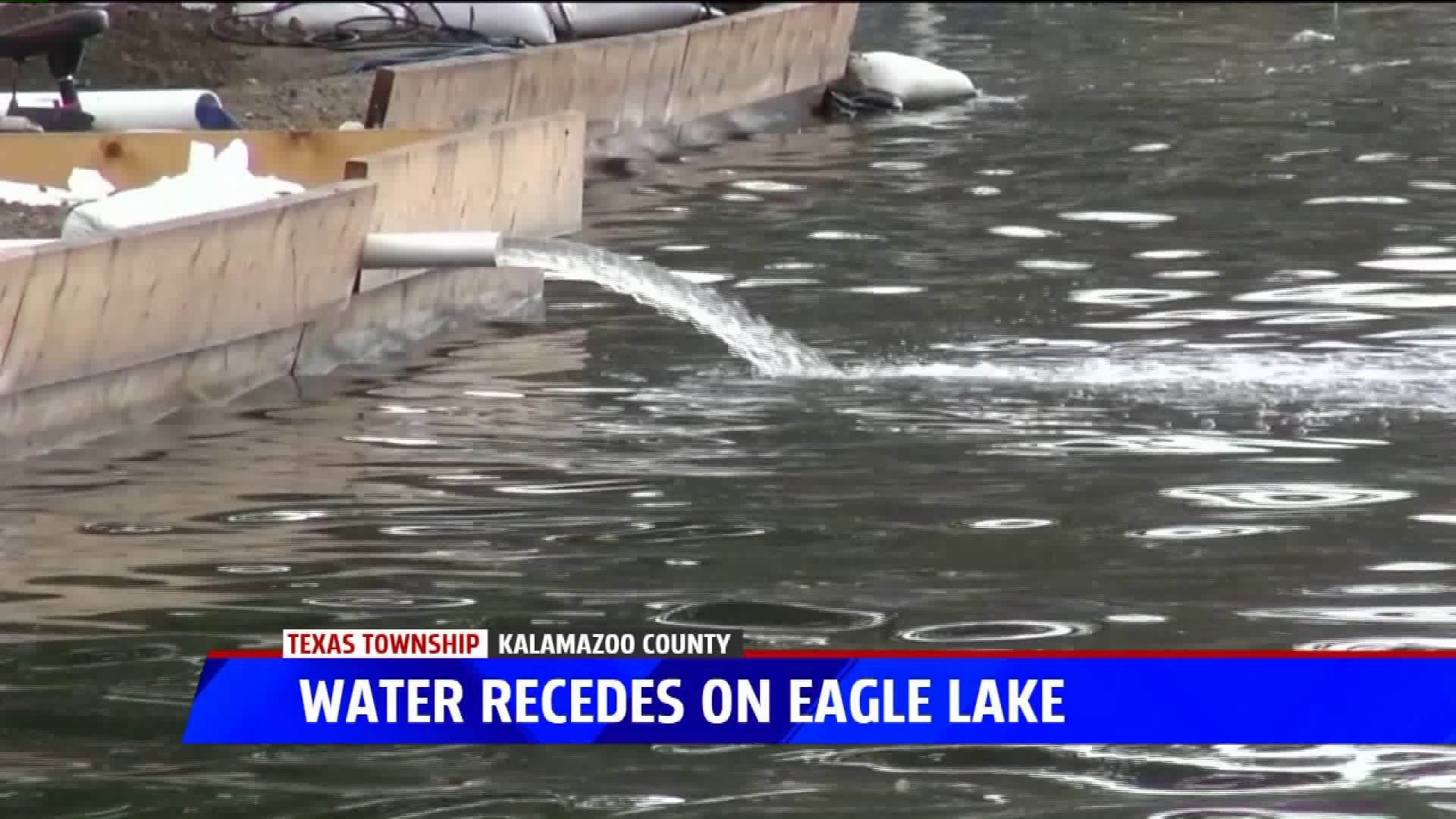 They’ve been meeting together for months discussing the ongoing flooding problems  and solutions at both lakes and elsewhere in the county.

However, Thursday morning they received some good news.

“The message today is the water is going down so that’s to be celebrated,” said Township supervisor John Hinkle during an interview with FOX 17 after the meeting. “But we’re going to continue on, working really hard to get the waters down back to normal levels to where people are safe.”

Hinkle said the water has receded by several inches  since they began pumping last month. The pumps were turned off for a few days in June because of heavy rain. After that, they were turned back on.

“Inches is something,” said Hinkle. “The evaporation and as the rain slows down then the improvements will happen quicker. We’re anxious for it to happen.”