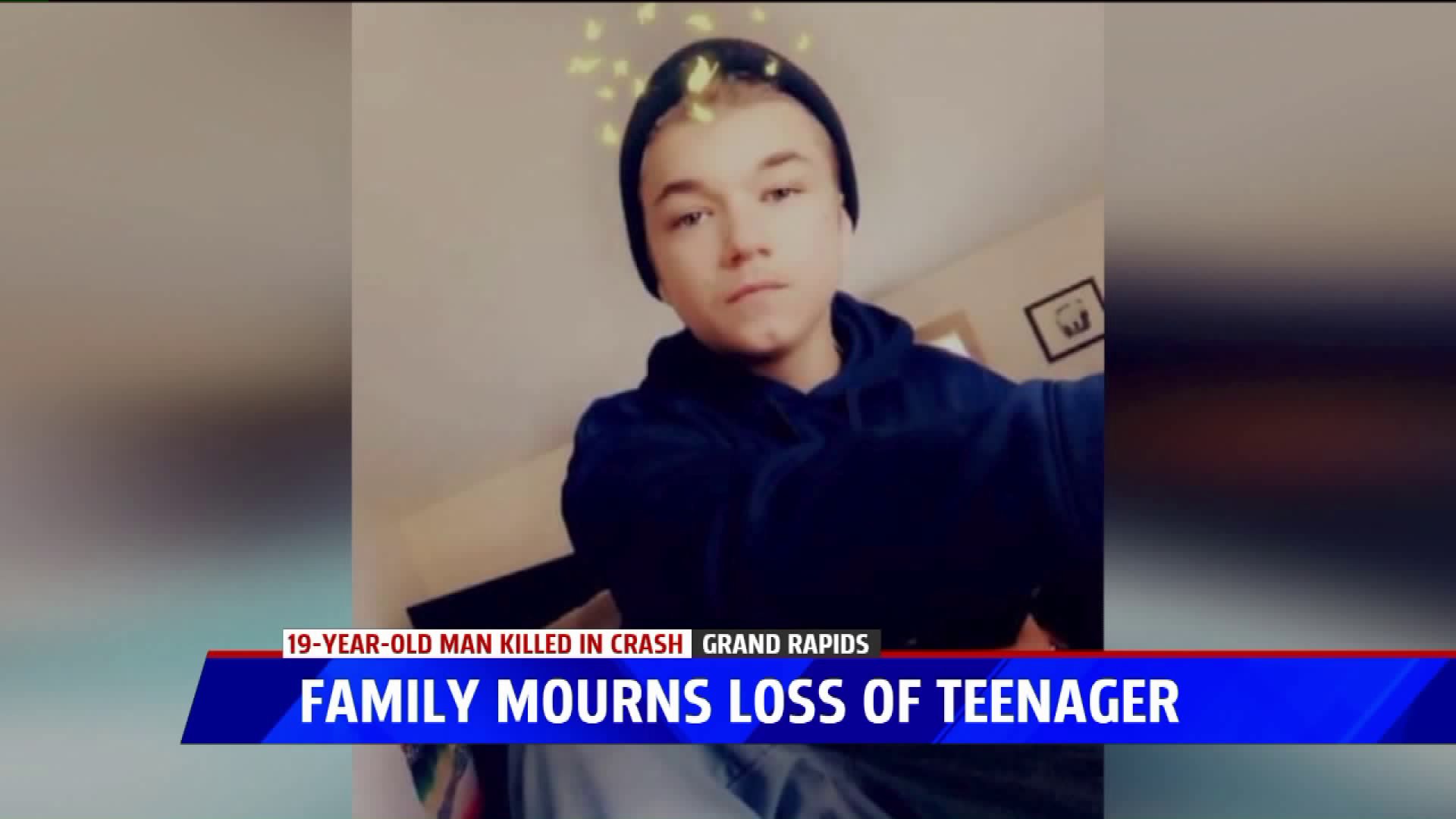 GRAND RAPIDS, Mich. — Family members are mourning the loss of a 19-year-old man who died Thursday after his bicycle collided with a semi-truck.

Photo of Devin provided by his family

Devin Lamont was on his way back from an overnight shift at Thierica, where he worked on car parts, when the crash happened. Police say he collided with a semi around 5:40 a.m. at the intersection of 6th Street and Turner Avenue.

FOX 17 spoke to his family Thursday who say good things were happening in the teen's life in the weeks before he died.

“Devastated. He was so young. He was doing good,” his mother, Loretta Barnes, said.

Barnes says she woke up early Thursday with a sinking feeling,

"I had a weird feeling so I woke up at six. I said, 'something happened to Devin.' I seen it on the news, a bicyclist was hit. And I said, 'I've got to go there.'"

Scene of the crash Thursday morning

She raced to the scene of the crash, police initially not able to tell her much.

"I went home and got my daughter. We went back there and they asked me a couple questions and said they’ll be back in a few minutes. They came back and said 'I’m sorry but it was your son Devin.'"

According to his family, Lamont just got his job last weekend. He was planning to spend his first paycheck buying a motorcycle from his mother's fiancé.

His mom said, "We told him 'you've got to get your license first.' He said 'I know, I want you to take me down Thursday mom and I'll get my license and then I want the motorcycle.'"

Photo of Devin provided by family

Lamont's family gathered at his mother's home Thursday to comfort each other. Many of his relatives talked about what a caring, funny person he was.

His cousin, Paige Barnes, said, "I just talked to him at 4 in the morning too. Just before he got out... I’ve been going through some stuff and he’s been there the whole time."

Family says he had gone to school at Union High School.

The family is collecting donations to pay for expenses following Lamont's death. You can click here to donate.