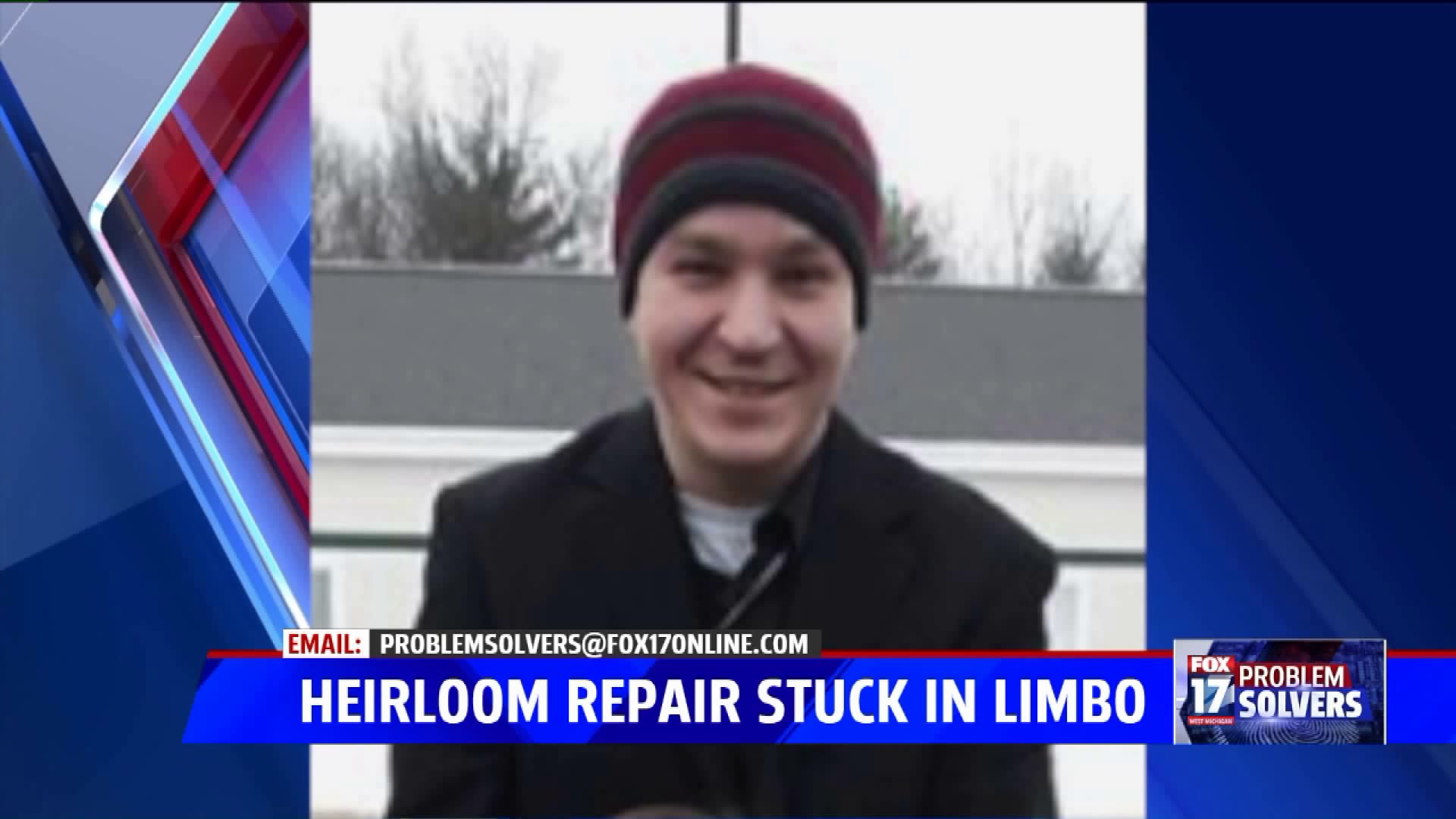 GRAND RAPIDS, Mich. — Kimberly Moore paid an upholstery shop nearly three months ago to restore a family heirloom. Since then, she's not received her chair nor a refund. Moore said Dan's Custom Furniture and Upholstery in Grand Rapids communicates poorly, if at all.

"New house, I want to get (the chair) reupholstered. New look, new feel," she explained.

So Moore, who hasn't been in West Michigan for very long, did a Google search and found the upholstery shop in Grand Rapids. That was back in April.

"I met him, super nice guy. I went into his facility. It looked like he had chairs there that he was working on. So it looked totally legit," Moore said.

She said business owner Dan Olasau asked for the $100 fee upfront, texted her a receipt and told her the chair would be done in a week. A week came and went.

Another week went by.

Moore said, "This is when it just started unraveling. He ... no call. No response. I went to the shop. It was like it was abandoned."

"So I'm thinking, well maybe something happened to him. Maybe he's in the hospital," she recalled.

So a friend suggested Moore reach out to the FOX 17 Problem Solvers and inquire about getting her chair and her money.

FOX 17 stopped by the business on Burton Street. No one was there, and we called the number Moore's been texting him on. Our efforts took us to Facebook. We messaged Olasau and received a response from him after also messaging his father who has the same name.

Olasau said he's been busy working on church pews, which is one of the excuses he also gave Moore. Also in his response, he said he tried sneaking in two other jobs before starting the pews and that he's a little upset the news is contacting him. He said he tried doing Moore a favor.

Moore, a paying customer, finally heard from Olasau after FOX 17 reached him. However, she said it's been more of the runaround. That includes empty promises with Olasau stating he'd have the chair done and constantly changing the day she can pick it up. Now, nearly three months later she still has nothing.

"I just think it's terrible business, and I think it's very unethical," Moore said.

On Thursday, Olasau sent FOX 17 photos of the chair and claimed it was 'basically done.'

Moore isn't alone. Two other people left reviews saying they're in the exact same boat. One customer says it's been a year. We'll let you know how this turns out.