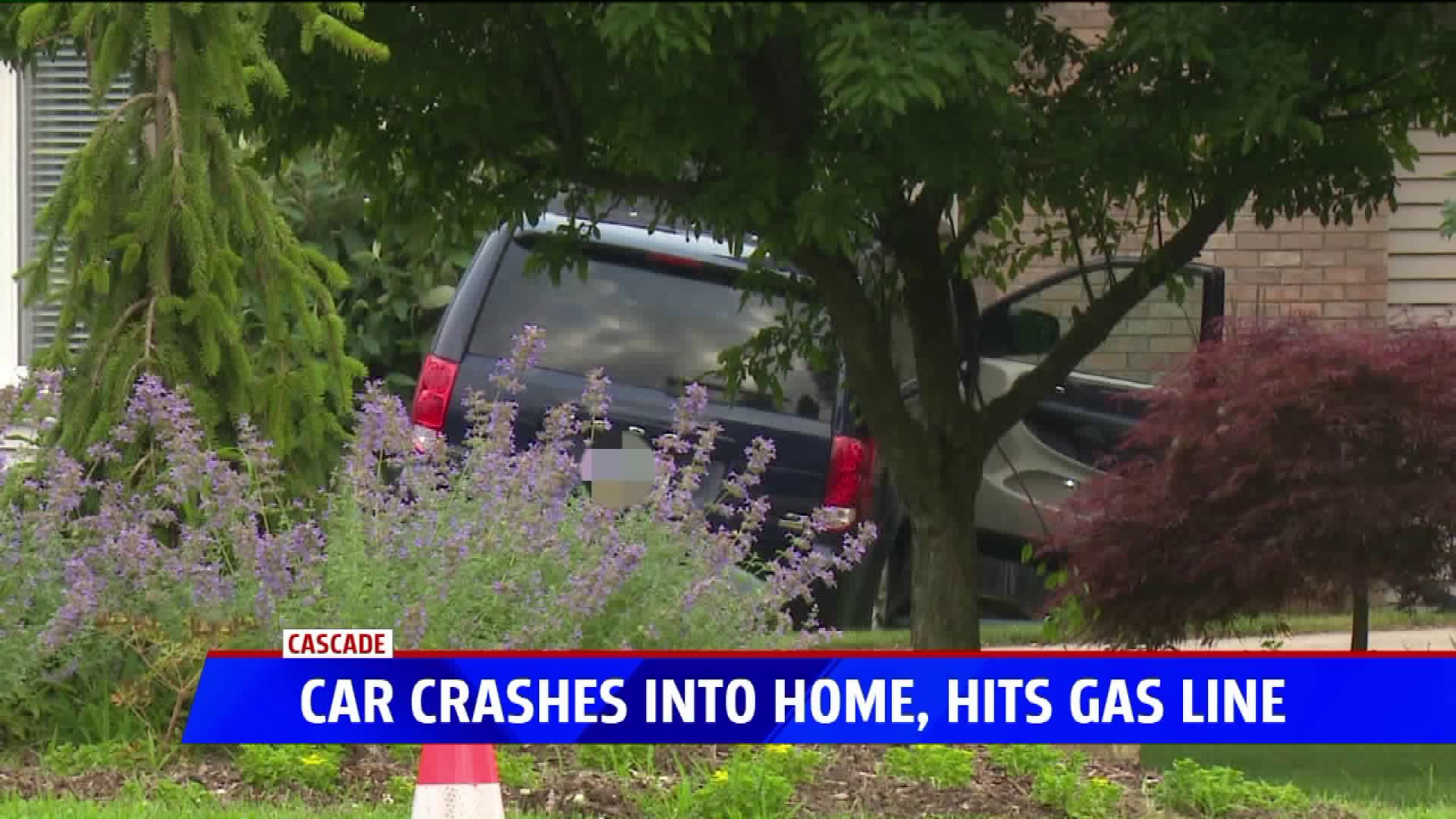 CASCADE TOWNSHIP, Mich. — A small part of a residential area in Cascade Township was evacuated after a mini-van ran up a front lawn and crashed into the side of a home.

It happened just after 6:30 p.m. at the Burton Pointe Subdivision near Spaulding Avenue.

No one was seriously injured in this crash. The driver had very minor injuries, there was only one person in the home at the time of the crash, they were not harmed.

The Cascade Township Fire Department did have to evacuate the immediate area because of what that car hit.

"We arrived on scene and found what you see there, one vehicle into a house and it looks like they did go right over the gas meter, so we evacuated the area and DTE is on scene cleaning up the gas line, digging to shut it off," Cascade Township Fire Department Lt. Andrew Albright.

Crews were on scene for several hours.

Deputies are still investigating what caused the driver to crash.