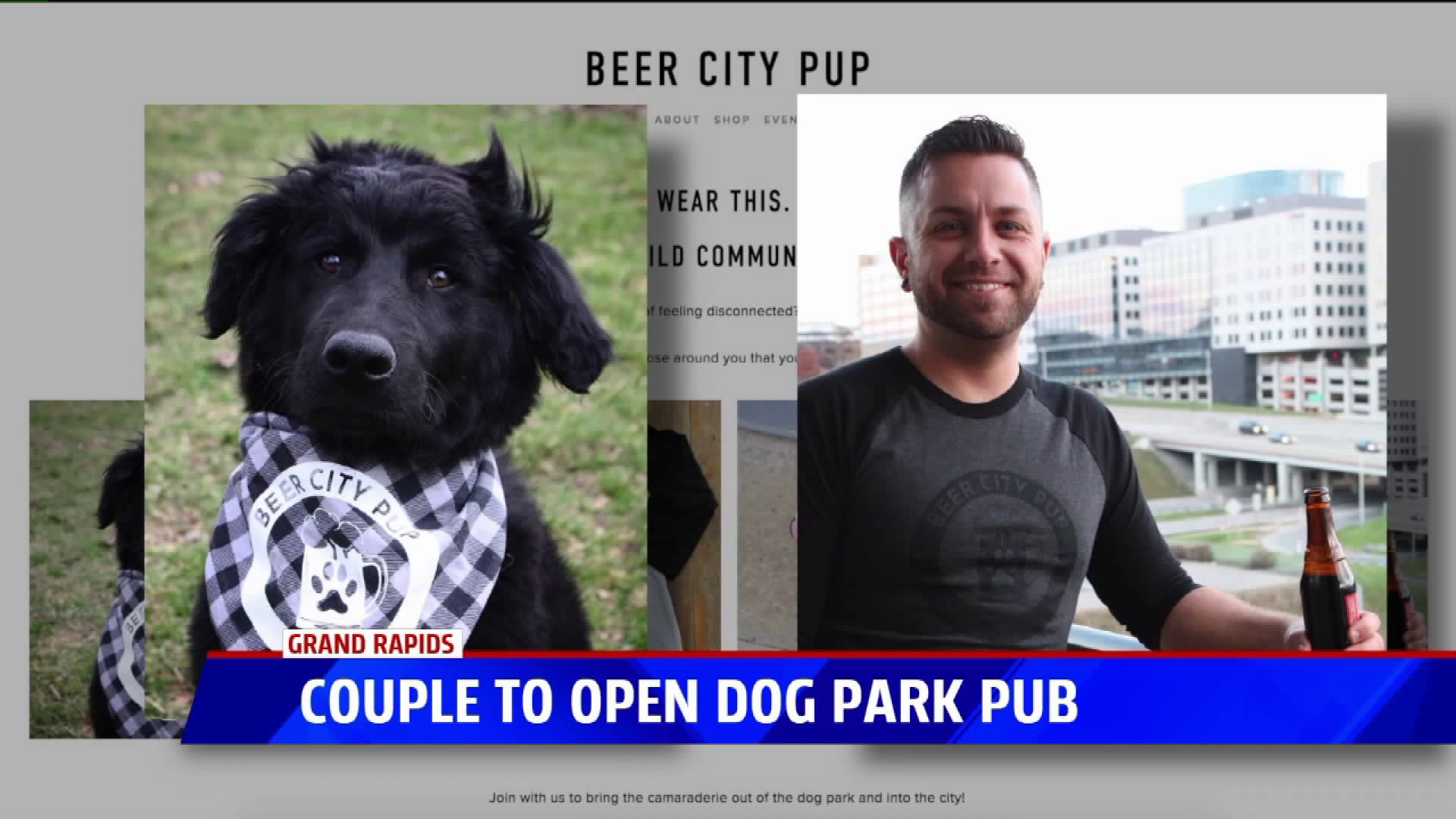 adorable line of shirts, bandannas and even sweatshirts for you and your dog. All of their items are made in Michigan.

Krystle Bailey's grandmother even helps out by sewing many of their items.

This whole journey began when the couple adopted their German shepherd Ziggy two years ago.

“We’re at the dog parks, just like watching all these people hang out and chat regardless of how old they were, what social groups they ran in,” Amy Bailey said.

They wanted to bring the open-community atmosphere of a dog park to their everyday lives.

Beer City Pup logo on one of their bandanas

Their clothing embodies strength in community.

Amy Bailey says, “The point of it is to just give people a common point of connection."

Their logo, a beer stein emblazoned with a paw print in front of the Grand Rapids skyline, is meant to be a conversation starter.

But the couple wants to take their mission up a notch. They plan to open a combination dog park pub within the next few years.

Krystle with the couple's dogs

It seems like an obvious idea, to combine several of humanity's favorite things.

“We come home from work and its like we don’t want to leave the dogs home, we want to go out and drink a beer, and hang with friends and its like where can we do that and bring our dogs,” Krystle says.

They aren't interested in opening before everything is squared away. They say they want to open once they can do so in a sustainable way.

Amy Bailey says, “You want to have the connection with your friends and family and go out, but there's guilt if you don’t take your dog along ... People are so connected to their animals as well. So basically this takes away them having to choose between which connection is more important on any given night.”

For more information about their clothing line and to keep up on their progress with the dog park pub, visit their Facebook page or website.