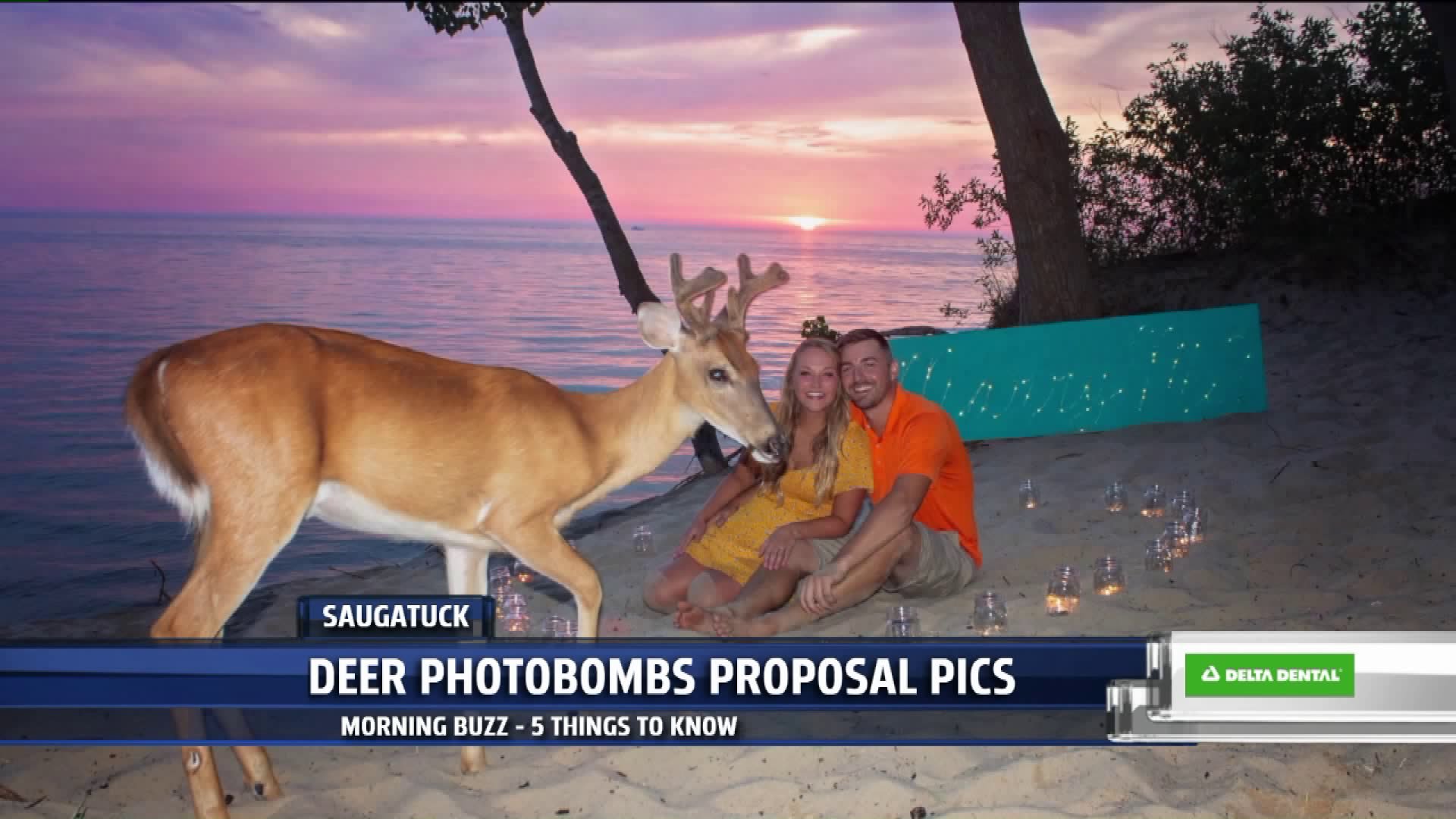 1. The curious deer spotted on a busy beach in Saugatuck is back in the public eye.

The celebrity deer encounter happened along the Lakeshore at Saugatuck Dunes State Park after a proposal.

The mood was made just right with candles in Mason jars when the curious deer stopped by to congratulate Colbie and Jacob.

They say he wasn't afraid of them and was eager for a photo-op. As for whether or not the deer will be in the wedding, Jacob says it would be a dream to make him the ring bearer, but that's unlikely.

It's their first location in the city, featuring a 40-seat dining area, a patio, and it's less than a block from the waterfront.

It's right off Washington Avenue near South Harbor Drive.

They include Lake Huron's Poe Reef Lighthouse, that's a few miles east of Cheboygan, the Ontonagon Breakwater Lighthouse in the U.P., and the Superior Entry Lighthouse which sits between Lake Superior, Wisconsin, and Duluth, Minnesota.

Proceeds from the auction will help to preserve and maintain other active lighthouses.

Their lighting mechanisms will continue aiding navigation and will remain the U.S. Coast Guard's property.

4. Feeling the need for speed?  The trailer for "Top Gun: Maverick" was released Thursday by Tom Cruise himself at Comic-Con in San Diego.

It's the much-anticipated sequel to the popular "Top Gun," which also starred Cruise and came out in 1986.

The sequel was originally set to be released this year, but the premiere has been put off until next June.

5. People who love and miss the double popsicle have a treat in store for them. Popsicle has announced the Twin Pops are coming back, at least for a limited time.

This happened about two months after Justin Bieber tweeted about how much he missed the double-pops. He wrote "@Popsicle, we need those back!"

Popsicle listened, and it gets better. Popsicle says it may bring the double pops back permanently, but only if it gets 100,000 retweets.

To make your voice heard, go to #BringBackTheDouble by next Tuesday.