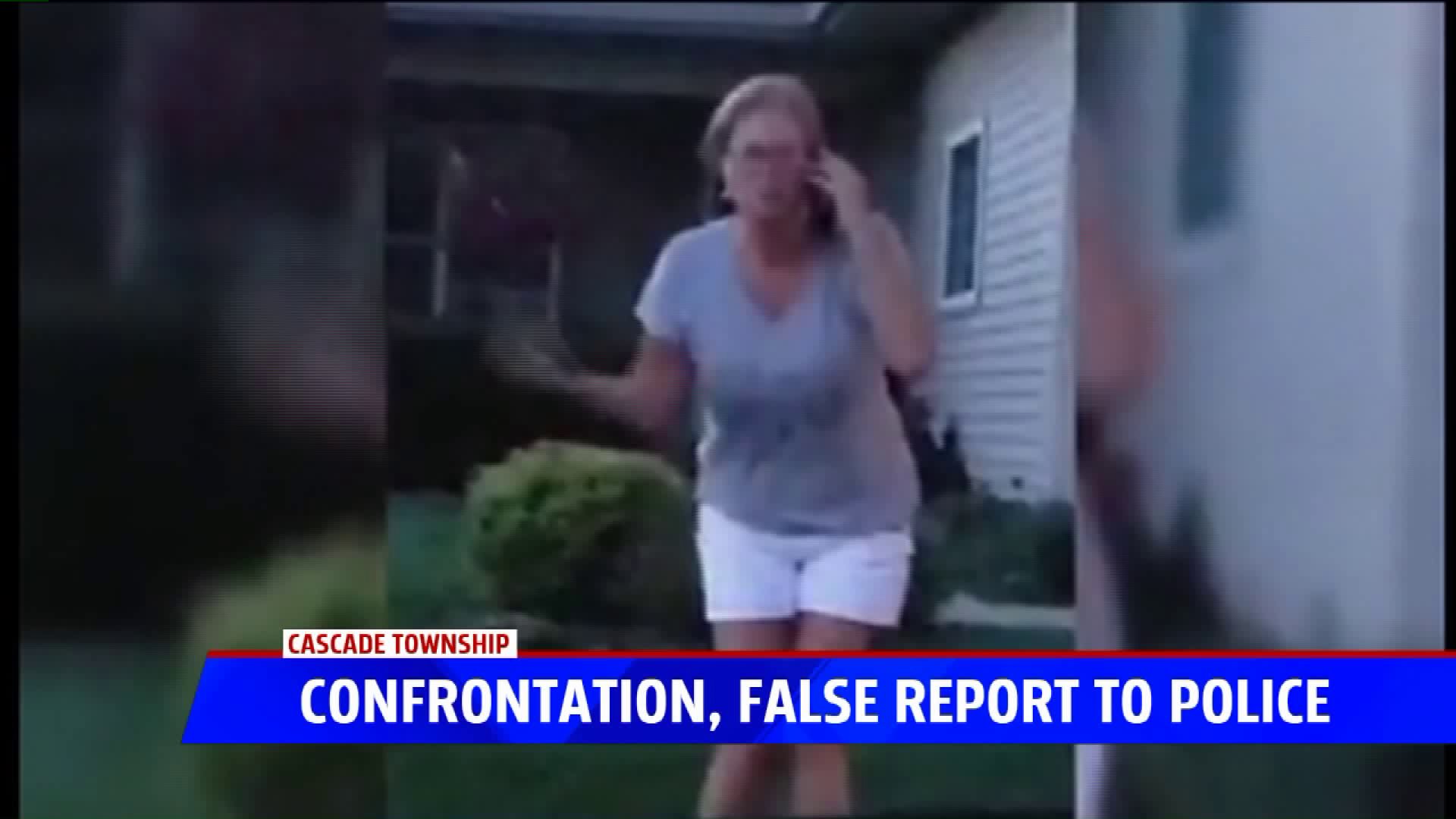 CASCADE TOWNSHIP, Mich. — A confrontation between a woman and a neighbor led to a call to police and a false report of alleged gang activity.

Patricia Elena says she's never had a problem dropping off her kids at their father's Cascade Township home until this weekend. She says the family has been dealing with a neighbor, Tammy Postma, lurking around their condo.

But, Elena says she was still surprised when Postma threw slurs her way and then called the police on her.

"I was just here dropping my kids off the TV, the rafts, and that's when she said that. She stormed across her yard and said 'get out, you don't belong here go back to the ghetto,'" Elena said.

It was her ex-boyfriend's neighbor, Tammy Postma, yelling insults from her condo across the street and when Elena asked her to not do so in front of her three children, Postma became angry and called the police.

"I was like I didn't think I heard her right so I made sure I grabbed my phone and I said 'no I'm going to record this' and that's what you saw on the video," says Elena.

In the video, Postma can be heard saying "gang activity" on the phone, and the police report  on the incident says she called because of "gang activity." When FOX 17 asked Postma about it, she didn't have much to say.

"I don't know, I don't know," Postma said. "But you know what I had a couple of drinks and just end that."

Her claims about a few drinks also showed up in the police report, which states that she had a full glass of wine near her when the police arrived and was slurring her words.

Still, Elena says, it's not an excuse for her actions.

"How could you do that? How could you subject to people having to live on eggshells and in fear just because of your ignorance and bigotry," says Elena.

This time Postma is off the hook for her unwarranted call to the police, but next time it could lead to charges.

Unfortunately, Elena's family has only lived in the neighborhood for a month but she said she hopes this type of behavior does not continue.

"Meanwhile the next day my son's asking mom 'what did we do wrong?' like we were just laughing," how do you explain that to a child?" Elena said.