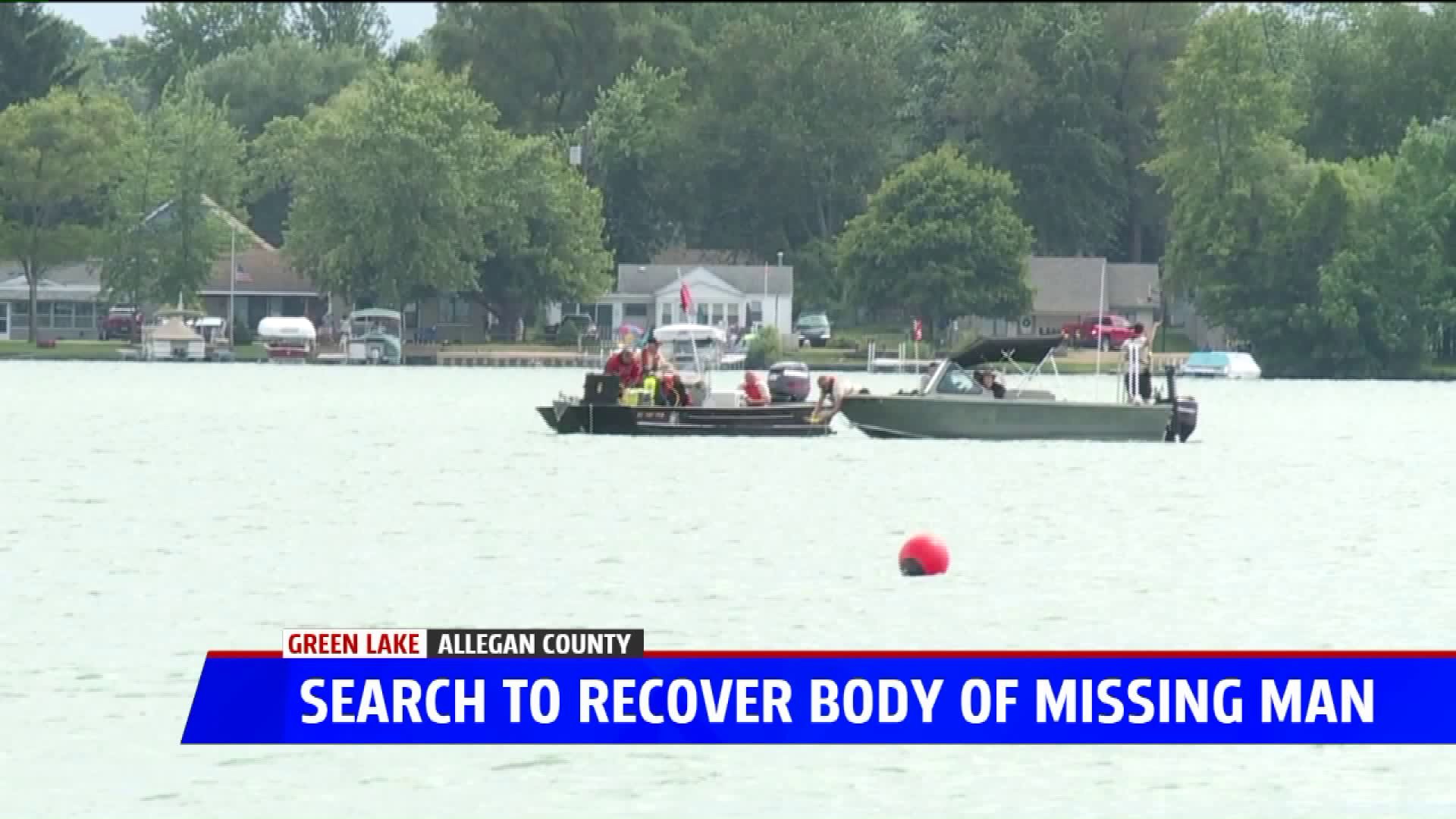 LEIGHTON TOWNSHIP - Recovery crews in Allegan County have found the body of the man who went missing in Green Lake Saturday.

Officials identified the victim as 58 year-old Michael Raymond Pawloski of Caledonia. Reports say he was swimming from a pontoon Saturday afternoon and therefore not wearing a life jacket at the time he last went under. Witnesses tried to call 911 when they first noticed Pawloski hadn't resurfaced, but poor cell service initially kept calls from going through.

The first successful call came in just after 2 p.m. Saturday. Rescue crews were not able to find Powloski in the approximated area he was last seen and continued their search through the evening until inclement weather made efforts impossible. The search resumed Sunday and lasted into Monday evening.

The depth of the water and wind drifting from the recent storms played a factor in the recovery efforts. Sargent Todd Wagner from Allegan County Sheriff's Department reported the area where Powloski was found was 60 feet deep while the water was 43 degrees.

Rescue teams used new and traditional methods for the search including a multi-side imaging system, sonar, and an underwater ROV.

In their statement, the Allegan County Sheriff's Office "...sincerely thanks assisting agencies for their efforts, personnel and equipment utilized in the search as well as the entire Green Lake Association for their support."