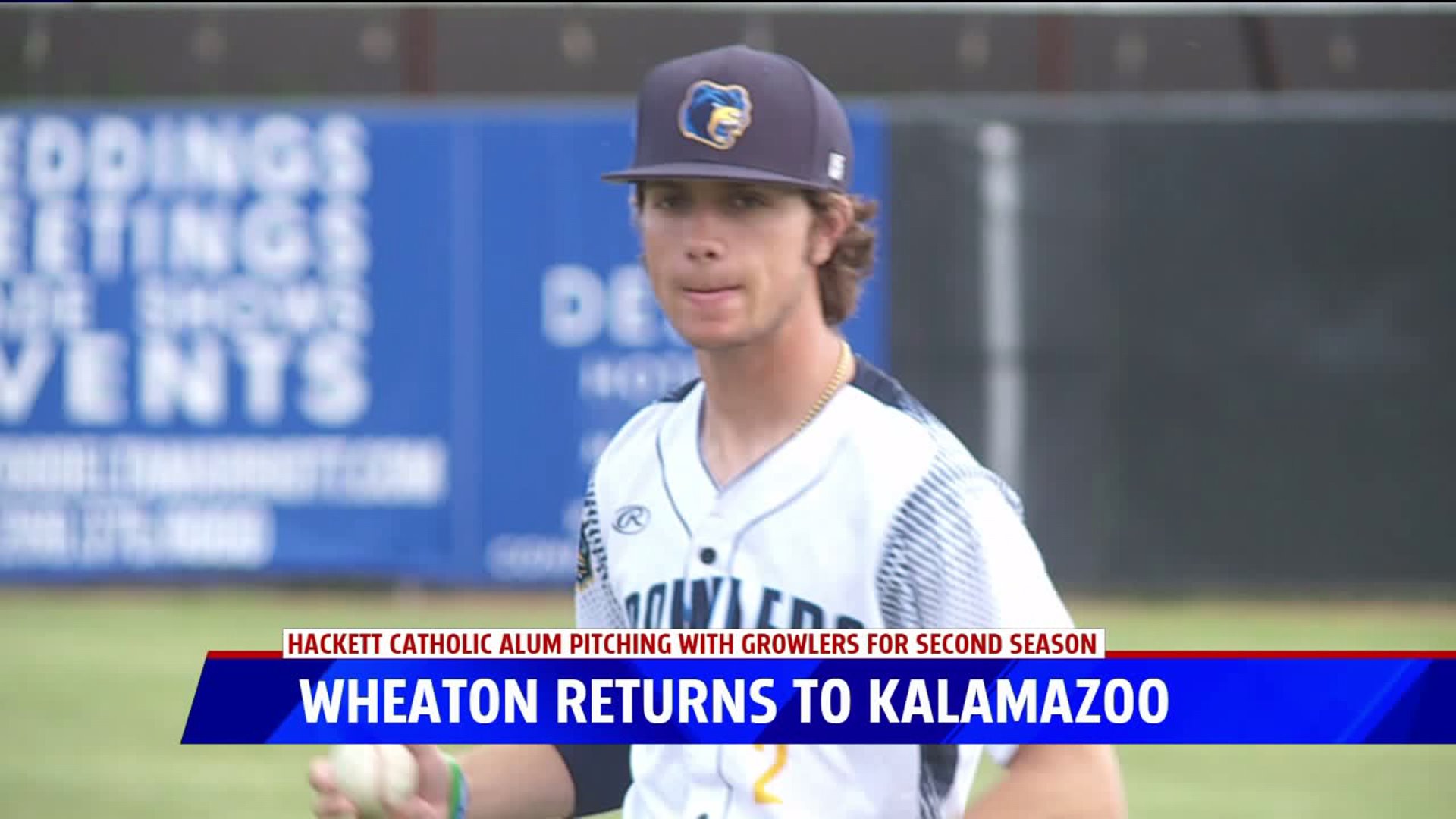 KALAMAZOO, Mich -- "It's kind of cliche but it's a dream come true," Hackett Catholic alum Adam Wheaton said. He is now playing baseball just miles away from where he grew up.

"When I was a kid, I used to come out to Kalamazoo Kings games and watch the games when they were here," Wheaton remembered. "When the Growlers started up, I was in high school thinking maybe I could play here."

Wheaton pitches for Trine University in Indiana, a Division III school where scouts and spotlights are few and far between.

"Coming from a Division III, it's a little harder," Wheaton notes. "I don't get all the exposure of some of the bigger school guys, but this is what I have to do to do that. So it's a lot of fun coming out here."

The Northwoods League can be tough on players. Instead of a few games a week during a college season, the Growlers will play 72 games with very few off days. Wheaton had a chance to experience that last summer with the Growlers. Now in his second season, there are other things he's focused on.

"This summer I kind of knew the grind, I knew what I had to do and how to compete," he said. "This summer, I'm just looking for quality starts on the mound, trying to get better as a pitcher, trying to get professional exposure."

Wheaton has become one of field manager Cody Piechocki's favorite arms, not because of his flash or his velocity but because he can eat up innings.

Despite coming from a smaller school, Wheaton isn't intimated by the several 'Power Five' and other Division I players on the roster and around the league.

"Competition-wise, I know I can pitch at any level," Wheaton continued. "It's not like I'm scared to pitch against some of these guys from bigger schools. I think it brings the best out of me to be honest."