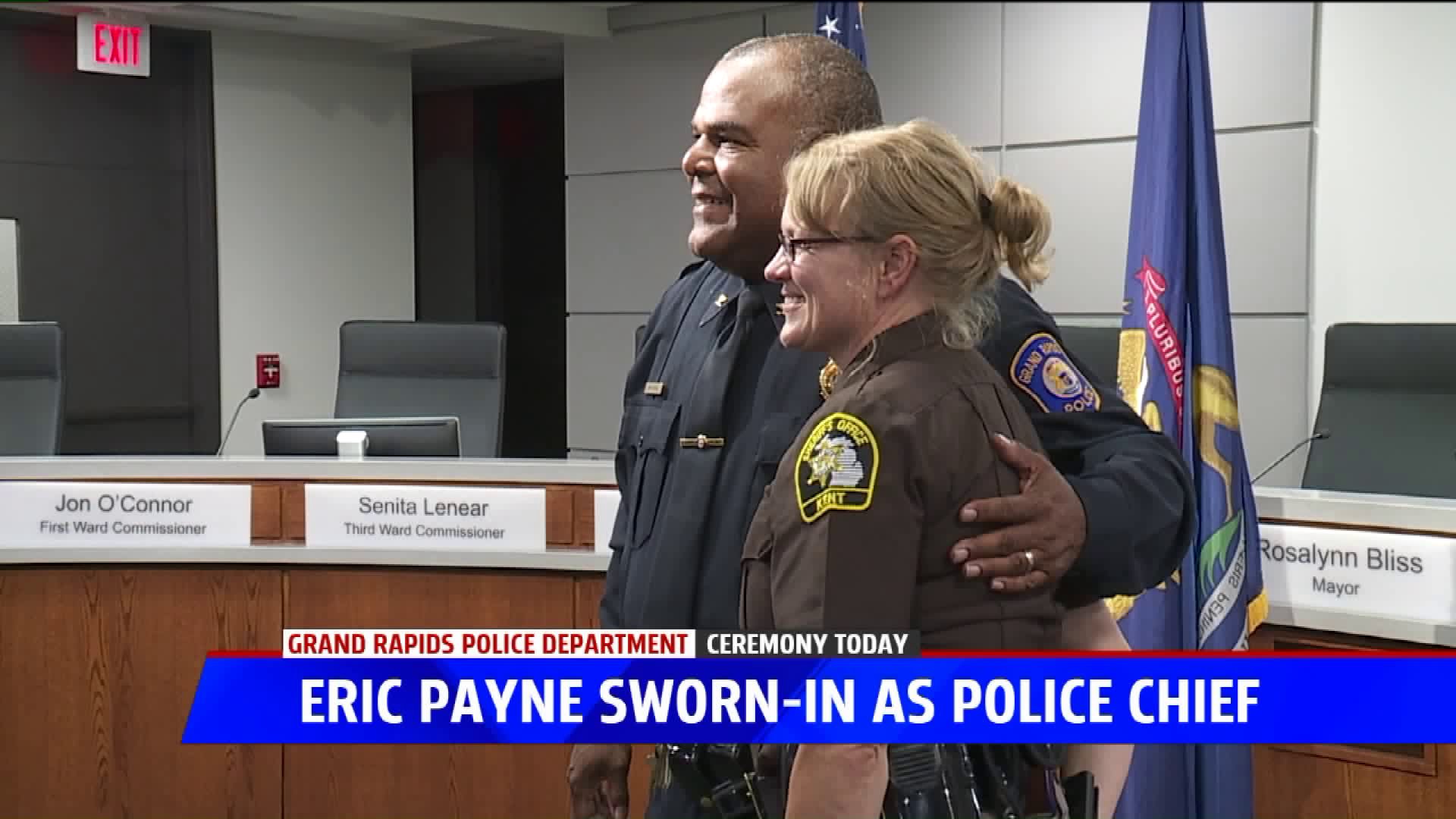 Payne made it clear his priority is to make the community safer by working with the people who are a part of it.

“It’s not just police, it’s the community. It’s everyone involved in the community,” Payne said. “That’s what makes it work.”

Part of that process will be getting officers out into the city’s neighborhoods.

“One of the things that will be discussed is an initiative called ‘Cure Violence,’” he said. “Getting people out in the neighborhood, and interrupting violence before it occurs.”

Payne referenced the relationships he’s built over his 30-plus year career in law enforcement as part of restoring the residents’ trust in police.

“I’ve built up a great deal of relationships over the years. It starts with one person. As you can see, the room here these are people I’ve known,” he said.

City leaders utilized a third-party search firm that looked nationwide for candidates to replace former chief David Rahinsky, who retired at the end of last year. Ultimately, they decided to go with Payne, saying someone with existing ties to the city was best for the department.

When the decision was announced, Payne said there will be changes coming to the department, and transparency would be a priority.

“This department historically, has always wanted to do things correctly,” Payne said.

Payne grew up in Dowagiac down the street from George Grady, the man who would become the first African American police chief in state history. He has served in a variety of leadership roles within the Grand Rapids Police Department since starting his career over 32 years ago.