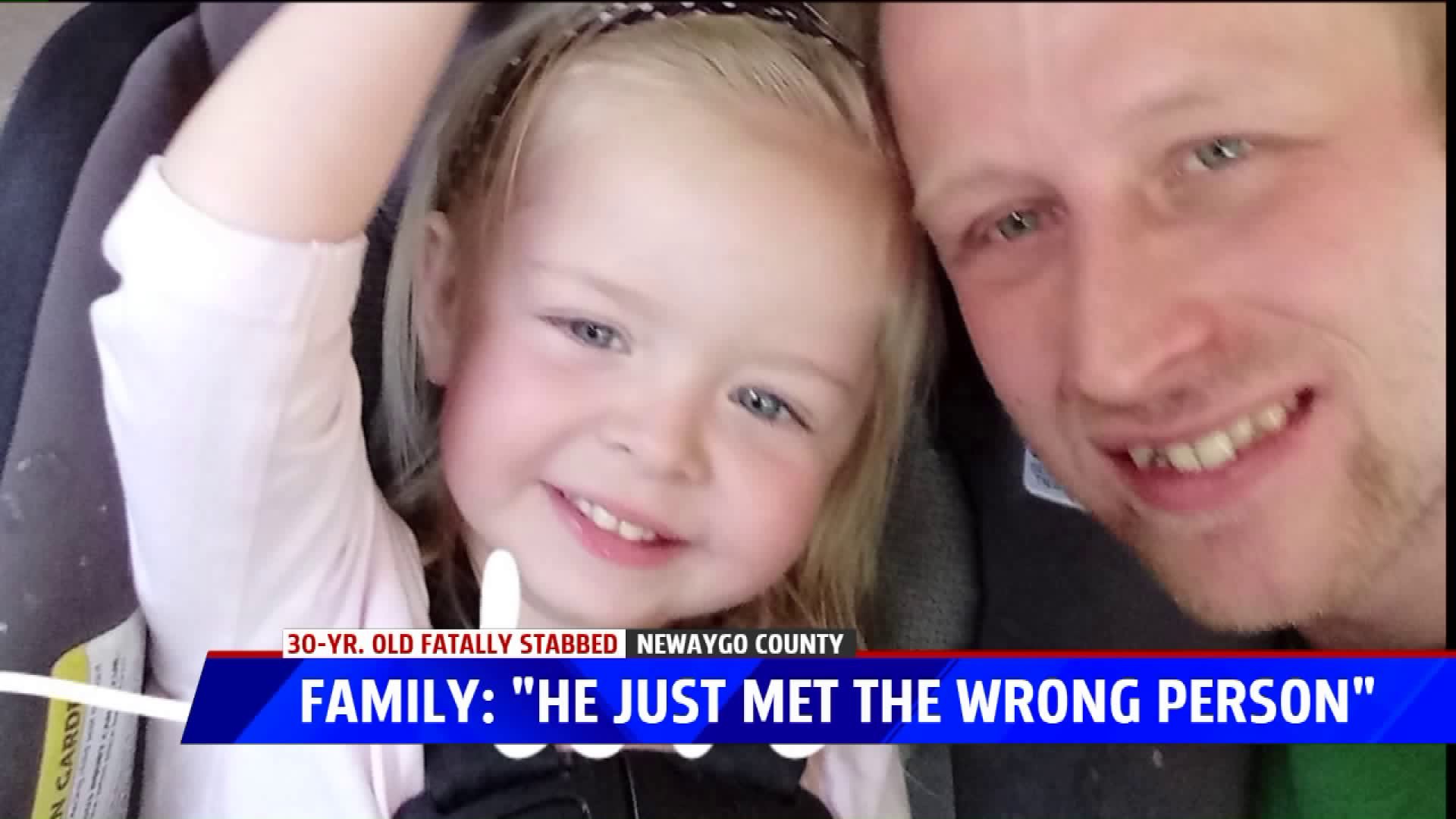 Veltman said, "He just wanted everyone to be happy. If you were feeling bad about yourself he would find a way to make you... (he'd say) 'Don't worry about. It's alright. You are who you are. It is what it is, and you're fine.' He was really good about making you comfortable."

Described as a hard worker and a loving father, Woodrum has been taken from his daughter Bailey's life.

"He loves teaching her things. Videos ... they would take videos of him teaching her. Ya know, the sounds that a cow makes. Just everything you could teach your daughter," she explained.

At just 2 years old, Bailey will now only know her father through pictures and video. It's devastated his entire family.

Veltman asked, "Who can do that? Who just takes somebody away like that?"

The toddler's family is rallying together to support her and each other through this trying time as they seek justice.

"Getting closure and making sure he's at peace. (Making sure) the right things happen because he's gone, and he's not coming back," Veltman said.

The family set up this GoFundMe for funeral expenses and his daughter's needs for anyone interested in helping them out.